Crikey readers on the causes of Labor's federal election loss, and the state of Australian media.

Australians may be sick of hearing about Labor’s loss of the “unloseable” election, but that doesn’t mean that Crikey readers don’t have a few pieces of insight to add to the discussion. The consensus: there were many factors other than Bill Shorten’s popularity that must be addressed. Elsewhere, readers took their time contemplating the state of the media in Western Australia (and Australia at large) following last week’s INQ deep dive into Kerry Stokes and Seven West Media.

On the Labor loss

Ben Marshall writes: Shorten’s ratings always sucked, and the Stokes and Murdoch media, the Liberal and National parties, along with the minor far right parties, maintained an unremitting campaign to tackle the man rather than the ball. So? The last election was crucial not because Labor lost but because they could not possibly have won with all media unrelentingly against them, and with the electoral system now fully gamed to sew dissatisfaction, then harvest the results via preference-whispering to supply the Coalition. Palmer’s $60 million was an excellent investment never intended to put members, or himself, into Parliament. How are people not seeing this? Under this now finalised system, I predict Scott Morrison will be Australia’s longest serving prime minister. Discussing Bill Shorten’s role in any of it is like discussing deck chair colours on the Titanic.

Matthew Hrkac writes: It was pretty clear on the ground that people didn’t like Bill Shorten and his tendency to play both sides on a whole host of issues merely cemented people’s impressions of him: that he is untrustworthy, two faced, etc. He was never particularly liked because of his role in bringing down a popular prime minister when Labor was last in government.

Rob Gerrand writes: Across Australia outside Queensland, Labor won 62 seats to the Coalition’s 54. Therefore it seems the real issue to understand is what was different in Queensland. Was it Adani, fake death tax fears, or Clive Palmer? Or something else?

Tony Dean writes: As a long-time resident of a one newspaper town, I still read The West Australian daily in the forlorn hope of finding some quality in-depth coverage of local issues, but what was once an anticipated pleasure has now become a dismal chore. Emily Watkins’ excellent INQ series accurately chronicled the sad demise of a once-respected and balanced newspaper into the worst excesses of tabloidism. As a member of the Seven West Media group, the paper also blatantly promotes Seven Network TV shows, with little or no attempt to provide similar sympathetic coverage of other networks’ programs. During the recent season of My Kitchen Rules, for example, we were bombarded daily with front page and page three picture stories of MKR celebrities, masquerading as news coverage. Needless to say there was no subsequent reporting of the fact that MKR was soundly thrashed in the ratings by Nine’s Married at First Sight. Similar puff pieces promoting Seven West Media’s stable of magazines including Who and New Idea are used to disguise the lack of real news since the gutting of the local newsroom. The paper stands as a monument to what has happened to mainstream journalism as a result of previous Coalition governments’ dismantling of cross-media ownership rules, and a portent of what The SMH and The Age readers can expect under the ownership of Nine. 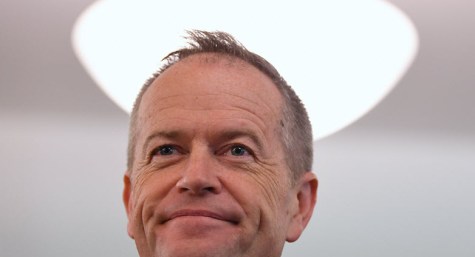 On Labor’s loss:
Whether it was overconfidence or defeatism, the ALP included empty bluster in its promises to the public.

For example, the promise to generate half of Australia’s electricity from renewables was guaranteed to alienate both sides of their own electorate. The implication that Australia is running out of coal or gas is recognised as an ignorant lie by any worker who ever aspired to work in the coal fields or on the offshore rigs. (We’ve got plenty, man have we got plenty!) On the other side, the renewables industry and their followers know that 50% intermittent power, even balanced with 50% from committed gas turbines, has not been achieved anywhere, not even by the fanatics in Germany.

Morrison government to revive plans to drug test dole recipients… So this Government suspects that Newstart and Youth Allowance recipients in Logan, Canterbury Bankstown and Mandurah spend their $40 per day buying drugs. If you are over 55 or any age and unemployable and need more than $40 per day to survive and seek a non-existent job, it might be understandable that you could be driven to doing “whatever it takes” and “having a go”. It is not the buying of drugs that will generate the extra money needed to survive. “So under our policies, if you’re having a go you’ll get a go. And that involves an obligation on all of us to be able to bring what we have to the table.” A rise in the amount paid as Newstart? Dream on.