The UK has a 'sensible/silly' dialectic which runs through all its politics. Boris and co have turned Jeremy Corbyn's Labour into the 'sensible' option.

Well, I am afraid I really have [no politics]. I am a Liberal Unionist.

— Jack Worthing, The Importance of Being Earnest

Your correspondent passed out sometime around 4am with the House of Commons Parliament playing on the black mirror, minibar scotch acting as a sedative. Thus he dreamt of being chased down the corridors of power by a monster called BoJo, Picasso-faced, its eyes to the right, nose to the left, shouting like 600 men and women.

No less a nightmare appears to have gripped the Boris Johnson government as it attempts to govern without a majority, and with the Conservative Party having split de facto. The 21 Tories who voted with the procedural motion to take control of the order paper, having had the whip removed weeks before a potential election, have effectively been constituted as a separate group by a process of semi-expulsion: another sign that the Conservative and Unionist Party has taken on the political styles of the radical left.

Those de-whipped, and thus open for deselection include two former chancellors (Kenneth Clarke and Philip Hammond), as well as Winston Churchill’s grandson (Nicholas “Fatty” Soames). The number of rebel votes — 21 — was about one-third higher than many had expected.

Some on the right have expressed hope that, as earlier, the votes for a procedural opening up, would not automatically translate into a substantive vote against the government. That seems wistful, given the imposed cost of rebelling on the procedural vote, and the terrible, no-good day that PM Johnson had. The PM lost his majority (even with the DUP in the mix), with Tory member for Bracknell Phillip Lee joining the Liberal Democrats, even as Johnson was giving his G7 report.

Essentially, the Liberal Unionists who made the modern Tory party in the late 19th century are departing, and it has become something new.

In a Scottish court, it was revealed that the PM and cabal had planned proroguing parliament a fortnight before it was officially announced, or put to the Queen. In a separate action in English courts, petitioner Gina Miller — whose earlier case had established that parliament must sign off on any departure, and who now argues that a no-deal exit is illegal — was joined in her case by Sir John Major, former Tory PM. Finally, the EU exposed said cabal as liars, saying that they had presented no new proposals during final “negotiations”.

The situation for both major parties is now white-knuckle brinkmanship. The mass of Tories — 280+ voted, de facto, to crash out no-deal in this vote — are now letting the party’s political challenge from Nigel Farage’s Brexit Party determine the action of government. Though Jacob Rees-Mogg tried to mount some conservative Victorian case for parliament seeing itself as expressing a popular will, it was as bad as his universally panned book on the Victorians themselves. But it was a measure of the perceived need by the “High Tories” in the party to find a legitimacy for their obeisance to a referendum result.

Johnson’s adviser Dominic Cummings has no care for that. A residual right Thatcherite, he wants the maximum confrontation. But that tests Conservative politics to the limit, exposing the core contradiction of the whole process: that a popular sovereign decision was sought to return power to an elected parliament, which now rejects that decision in the only form of it on offer. With the commitment to no-deal — and the aired suggestion that the PM, as executive officer, might ignore parliamentary rulings — that contradiction has become more damaging to the Tories, than Labour’s particular contradiction. 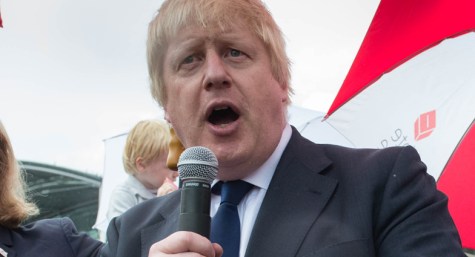 Labour’s dilemma — a Leave-voting base led by a Remain party membership — is solved by the Tories’ actions. Boris and co have turned Corbyn’s Labour into the “sensible” option, in the Pythonesque “sensible/silly” dialectic which runs through UK politics.

Things move fast for the next 25 hours, with a lot of stuff on the fly. Another paradox of a referendum in an “unwritten constitution” state: the only people who can act effectively are those with a highly specialised knowledge of constitutional history and parliamentary practice. They’ll be hurtling down the corridors of power tomorrow, as the Remain alliance tries to nail down a withdrawal delay act, before consenting to Johnson’s tabling of an early election under the Fixed-term Parliaments Act (which requires a two-thirds majority, and hence Labour consent).

Their terrible dilemma is whether Johnson — whose performance at the dispatch today was dire, blustering and unfocused, worse than May, and establishing Jeremy Corbyn as statesmanlike — will go with his cabal and refuse to send the EU a delay request letter as instructed by a Commons vote. Any attempt to map current events onto precedent becomes wobbly indeed.

There could be a no-deal crash-out and an election, with a Tory drubbing. Johnson, hailed as a hero last week, is now being measured for “shortest-term PM ever”. What then? Perhaps he will take up smoking. A man should have some occupation. British politics is now being played in earnest. 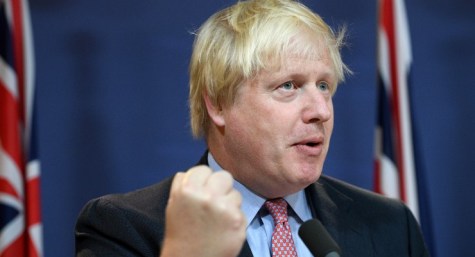 Let us not omit mention of the underpinning heroism of the Speaker of the House, John Bercow. Whose willingness to countenance irregular motions you found a tad offensive back in January.

Absolutely, he has provided the stage for the drama to be played out to its full when the pressure on him was to keep the stage dark and the curtains drawn. The Referendum was always a device to bypass Parliament but the old lady of Westminster has refused to be denied her entrance Stage Centre.

Where’s Kevin Phillips-Bong when you need him?

Another occupation could be walking his newly adopted Jack Russell, Dilyn. Doubtless Larry, Number 10’s Official Mouser, will be delighted to see them both off & out.

I recommend downloading the BBC Radio5 prog of callers reacting to the attempt at prorogation.
Several Remainers, well spoken, mature women from the Home Counties apparently, were so outraged at Bozo’s antics that, as I noticed last year, they just want OUT,NOW!
It is the height of irony that Bozo, like the Drumpfster, is doing us all a favour by showing that the political class can be beaten and ignored by someone with a big enough ego and no scruples.
As per a recent Crikey article, this shows that there is still hope of being rid of entire cohort of not merely useless but pernicious & perfidious creatures who could be put to work ding something more useful picking oakum or, failing that, put on a poorhouse treadmill for want of any other useful talent or ability.

“a Leave-voting [Labour] base led by a Remain party membership” – what gives you the idea that Labour’s base is Leave-voting?

Reality? Facts? The regional basis of the Leave vote?
Labour homelands all, who have been busily deselecting undead Blairites since Jezza arose from the sea foam of a castrated Party.

I’m afraid that’s an urban myth. The polls unanimously say that the majority of Labour voters voted for “remain”, and would do so again.

Some of the strongest leave-voting areas are also Labour-voting, but that doesn’t mean they’re the same people. You can have a seat that votes 60% Labour and 60% leave, but the Labour voters might still be 2-1 in favor of remain.

The top 30 Cities in aggregate voted remain including Newcastle, Manchester and Liverpool, all Labour fiefdoms.
The strongest Leave voting was Conservative Lincolnshire. UKIP threatened the Tory Party not Labour and as of now has successfully split the Conservatives with One Nation conservatism in full retreat into exile.
https://en.m.wikipedia.org/wiki/Results_of_the_2016_United_Kingdom_European_Union_membership_referendum
There are far too many, in effect falsehoods, that become established as ‘facts’ from being repeated ad nauseous without challenge. Bad Policy always follows.