Flaw and order: the religious freedom bill is a godawful mess

The religious freedom bill draws the state further into the surveillance and shaping of everyday life, which ordinarily would terrify small-government conservatives. Not so this time, apparently.

When I was a boy growing up in Anecdote, Victoria, I used to think of God as a big jam donut. Then I realised man had made God in my image.“Phillip Adams” (Max Gillies), The Gillies Report, 1985

God, they used to tell us in chapel, made man in God’s image. But, they warned, that shouldn’t be reverse-engineered. God’s nature cannot be understood simply by bigging up man into a superhero version. God is multidimensional, infinite, beyond capture. One was encouraged to think of square circles, curved space, or Escher pictures, to grasp that you couldn’t grasp it.

Now we have a new candidate for such in the Morrison government’s jerry-built, Babel-tower religious freedom bill, which does many things at once, most of them contrary to the desired intent of such.

Produced out of a mix of political and media pressure, culture war priorities and cabin fever obsessiveness inside the conservative phalanx of the Coalition, the bill is the greatest surrender yet of a genuine liberalism to progressivism, and the same with the conservative dimension of politics. The importance of this is being missed: this is the final surrender of the Coalition to a progressivist worldview, in which the state perpetually advances its frontier into the conduct of everyday life.

The principal impetus for the religious freedom bill is dual: the defeat of any pushback against the progressive state in Australia, and the cultural weakness of organised Christianity in an ostensibly Christian society.

The first of these occurred with the election of the Abbott government, the hopes invested in it, and the way it folded like a cardboard altar as soon as it was tested. The test was, of course, section 18C, the abolition of which the right had made the test of a free society. They also had a sideline in beating back multiculturalism, and the notion that we should be indifferent to threats to the centrality of Western, Christian institutions.

What happened? About 1800 submissions came in on changes to 18C, most from multicultural and secular groups, saying don’t touch it. Abbott didn’t. “Free speech” by the right’s definition, lost, and clientelist political multiculturalism won. About 18 months ago, the right dropped 18C altogether, and haven’t said a word about it. One sad anti-18C article persists on the IPA’s website, like updates on the Romanovs in old Russian-exile newsletters.

By the time the right’s fifth columnist Freedom Boy Tim Wilson left the Australian Human Rights Commission, it was stronger and more legitimate than ever. Here, the Australian paradox kicked in. Mythologising ourselves as frontier individualists, we are formed in, and have a genius for, bureaucracy. Telling ourselves we tell it like it is, we vote up a statist change to cultural-traditional practices with barely a whimper. Endless attempts to raise ire against rights bodies go no further than the Jason recliner rockers arranged around Sky After Dark.

The religious freedom bill simply adds to that progressivist march. It’s a save-what-can response to a society in which both secular Australia and non-traditional religious bodies — from Hillsong through Buddhism to New-Age Iced Vovo worship — are arraigned against the institutional power of established religion, above all the Catholic Church, which has become the rusted anchor of Australian conservatism.

The bill is a kludge designed to appease pressure from without, and opposition to it from remnant liberals within the Coalition. On their own terms, the church consiglieres are right to reject it. It allows existing discrimination law to override it if the speech in question vilifies or threatens specific social groups, organisations under $50 million turnover are exempt, and even they can avoid its scope if they can prove financial damage. That doesn’t seem to cleanly solve the Folau problem at all — since Rugby Australia could argue that most of its value resides in its brand, as a universal form of entertainment, etc, etc. 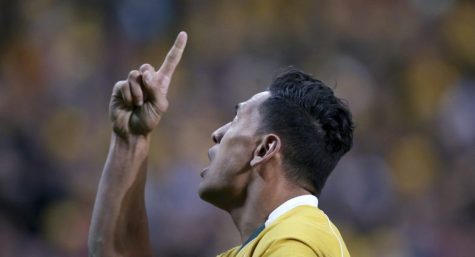 The partial override of discrimination laws may cut down future complaint procedures, but since the new law excludes vilification and abuse from protection, an inquiry will still have to be commenced. This is a rights’ lawyers jamboree in the making, in which businesses and organisations may have to fight multiple actions under different rights regimes, for the same incident. Genius.

The religious freedom provisions of section 116 of the constitution had some regard to what a religion was; in keeping with an era in which most “Christians” are agnostic Deists, this has none. One could defend it as a free speech law by other means, since it includes atheist anti-religious speech and activity, but it isn’t cutting down restrictions on our speech, as such a right would. It is drawing the state further into the act-by-act management, surveillance, and shaping of everyday life.

But above all, what it further does is strengthen the logic of multiculturalism in Australian life. Groups with religious laws — for example on gender relations and prohibited substances — can now quite justifiably say that the law and the current government supports them in asserting rights they might not otherwise have insisted upon. That’s what these “religion under threat” boobies haven’t understood.

We do have a culture that remains titled towards the given Western form in its everyday expression — how the genders mix, the use of alcohol, limits on religious activity such as public prayer, etc — and as an ad-hoc Burkean trial-and-error process it has worked quite well. Into this, a Coalition government has inserted a machine for the creation of new abstract rights, such as can turn every staff room and tuck shop conflict into a battle of Truths. The degree of bitterness and unnecessary division this law could create will be quite something.

So we will watch and wait, to see if genuine liberals have the courage to vote against it. And when it does get up, on Labor’s vote, to see who can craft the most creative use of it. The right have crafted this law solely out of things they’re desperate to avoid — a full bill of rights with a free speech clause, changes to employment law limiting employer rights — that they’ve come up with this twisted mess of a law, made in the image of contemporary political liberalism, the real thing off somewhere, in the infinite, veiled from our sight. 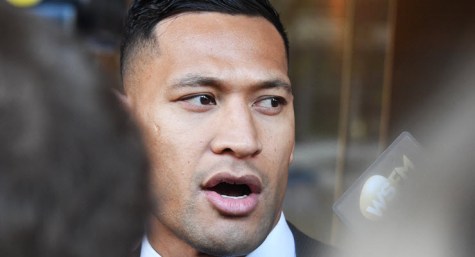 How delicious it is to have mammon trump everything ..

We need
“The freedom FROM other peoples religions Bill.
Amen.

They really haven’t thought through the logical implications of this legislation at all, have they?

In order to enact the legislation they have to define what religion is and what religion isn’t. Apparently, it currently defines religion as “beliefs associated with major faith traditions”. As many people have already pointed out, that precludes a lot of minorities (Satanism, anyone?). More to the point, though, under the legislation, it will be up to the state (presumably through the courts, once it comes to actual implementation) to determine what constitutes a ‘religious belief’. By defining what is and isn’t acceptable, the state will then be the body that determines what is and isn’t considered a religious belief. Seems to me that this is the exact antithesis of personal religious freedom.

Oh – and why should the majority or minority of the faith of an individual have anything to do with that individual’s entitlement to religious freedom?

And by ‘major faith’ I presume is meant an extant religion. Otherwise, get ready for a lot of human sacrifices. The Mayan religion was once pretty major amongst Mayans.

Which raises another point: is it reasonable for people to act in accordance with their beliefs, when the holding of those beliefs is now sanctioned by law? For example, if my religion preaches the holiness of female genital mutilation and directs its true believers to perform this practice, and if the law now says I am entitled to believe this directive, is it not therefore reasonable that I act in accord with this belief?

Enough. I’m off to lunch.

I’d be happy with a return to Astarte or Ianana and the Mother Goddess.
And I’m an anti theist.

The ‘religious belief’ definition lept out at me too. On the one hand it could be ‘a belief of a religion’, but it could equally be ‘a belief that is held religiously’ i.e. as an act of faith, expression of the divine or sacredness. Something like that. If that were the case then a whole lot of things can be religious beliefs and it would be difficult to say what one is, or is not. Even within major world religions, you can always find a cult or sect which believes pretty much anything. Theres more than a few biblical verses which could justify environmental evangelism, for example.

Whenever a law is passed by Commonwealth it ruins something – Family law act, destroys human relationship in Australia, anti-discrimination act misuse of 18C has made discrimination worse [but that was in the days of governments promoting trendy incompetence [ e.g. Triggs and Guthrie types] Now it is time for the Commonwealth stuff up religion [and appoint more Commisioners] just like Charities – now charity itself is a legislative regulated act- gone are the days of helping someone out of kindness [ more Commisioners appointed] –