If the government's proposed religious freedom bill passes then the question of what, exactly, constitutes a religion will once again be up for scrutiny.

Last week, the Coalition finally unveiled Attorney-General Christian Porter’s proposed religious freedom bill. It’s a law that has been firmly in the sights of conservatives ever since the marriage equality vote in 2017, and which got even greater traction from the right in the aftermath of the Israel Folau affair.

But the bill, which seeks to prohibit discrimination on the grounds of religion, leaves one crucial but difficult question undefined: exactly what does the law consider to be a religion?

What does the bill say?

The bill defines “religious belief or activity” as holding or not holding a religious belief, or engaging or not engaging in a “lawful religious activity”. Various existing state and territory anti-discrimination laws, such as Victoria’s Equal Opportunity Act define religion in similar terms.

The bill’s explanatory notes offer little more guidance, but acknowledges that religious belief is intended to capture “beliefs associated with major faith traditions”. The notes further suggest it is intended to capture genuine beliefs, as opposed to those motivated by mental illness or criminal intent, and does not capture beliefs which are not fundamentally connected with a religion, such as pacifism or veganism.

Religious activity, according to the notes, may include participating in religious observances — praying, fasting and the like — wearing religious dress, or not engaging with certain conduct in accordance with religious belief.

How has Australia defined religion in the past?

The question of what a religion is has always been a tough one in Australia. One of the landmark court cases on this question concerned the Church of Scientology. In 1983, a Victorian tax commissioner found that the Church of the New Faith (as Scientology was officially calling itself) was not a religion, and therefore did not have tax exempt status. The case ultimately went to the High Court, which found that Scientology was, in fact, a religion. The court defined “religion” in the following terms:

For the purposes of the law, the criteria of religion are twofold: first, belief in a Supernatural Being, Thing or Principle; and second, the acceptance of canons of conduct in order to give effect to that belief, though canons of conduct which offend against the ordinary laws are outside the area of any immunity, privilege or right conferred on the grounds of religion.

That judgment remains authoritative — the Australian Bureau of Statistics still uses it in its Standard Classification of Religious Groups, which informs how it collects and deals with census data about religion.

The High Court’s classification of Scientology didn’t mark the end of the struggle to define religion. At the 2001 census, some 70,000 Australians listed their religion as “Jedi”, with similarly high numbers recorded on subsequent censuses.

The Jedi have actually caused difficulties for demographers. In 2016, the Atheist Foundation of Australia lobbied people not to do this, arguing it led to these people being counted as “not defined”, thus making Australia look more religious than it really is. That year, the ABS removed all answers referring to Jedi, and counted them as “not defined”. That move angered Jedi “leaders”, who claimed the faith, with its focus on meditation and a defined moral code, should be considered a religion. 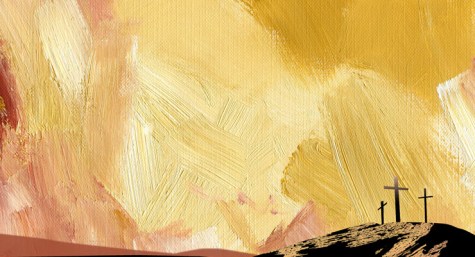 The Jedi may have a point. The ABS’ standard classification list of other religions includes groups like the Aetherius Society (a new age group that believe in UFOs), and the Unification Church, which has long been labelled by critics as a cult.

It’s unclear why the Jedi have less of a claim to religious classification than many of the fanciful, fringe New Age groups on the list, which points to just how contested and unclear the definition of religion is.

If the government’s bill passes, conferring greater protections (and rights to discriminate) on religious groups, the question of what constitutes a religion could, once again, be up for judicial scrutiny. It’s unclear whether we’ll be able to find an adequate answer. 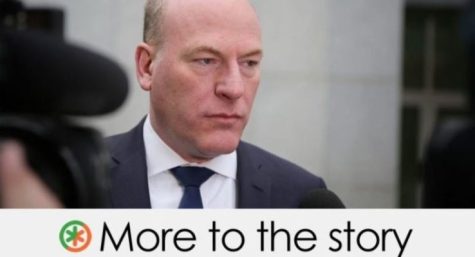 I’m hereby proposing ‘The church of our lady of internal combustion’. to attract the tax free benefits for car lovers. No man frocks, no mumbo-jumbo, no fairies in the sky. Just lots of Vroom! The government will surely support a religion that denies global warming.

This is quite important.
My understanding of the proposed legislation is that it will, by way of example, give people of the major religions the ‘right’ to slag off against women, homosexuals, and non-believers such as atheists by exempting them from civil law, but this ‘right’ to slag others will be denied to atheists and agnostics etc.

Can anyone explain why religious people should have this additional right?

It seems to me we are moving dangerously towards expanding exemptions from civil laws for religions and people of faith that advantages them both in legal rights and public subsidies over secular organisations and individuals. Will the exemptions extend to marrying children, to allowing them to engage in female or male genital mutilation, to conceal and inciting others to conceal sexual offences against children, condoning violence against a daughter or wife by a father/husband.

Will a business run by atheists such as a law or science research firm, be able to positively discriminate against employing people of faith people because it is intrinsic that people of faith believe in things in the absence of evidence?

‘My understanding of the proposed legislation is that it will, by way of example, give people of the major religions the ‘right’ to slag off against women, homosexuals, and non-believers such as atheists by exempting them from civil law, but this ‘right’ to slag others will be denied to atheists and agnostics etc’

After rigorous indoctrination it is difficult to bring people back to some understanding of the reality they exist in. Many first class scientists studying the cosmos or even evolution have been unable to jettison their ‘faith’.
The clot of coalition believers, including Morrison, have been praying for an end to the drought since February. Will they concede that the Almighty doesn’t give a fuck or doesn’t exist? Never! Either we have done something to offend or we do not understand the wonderous ways in which the Almighty works.
If only we could find a gay, female, ex-Muslim Marxist with a disability and a big gob to drive all the main religious pushers towards insanity. She would be my heroine.

One could argue that belief in a sky-fairy, in the face of today’s understanding of the universe, is a form of mental illness in itself.

The Right has also long accused communism as being a form of religion. Will adherence to this set of beliefs also be covered under the new legislation?

Many on the right, like the dear departed Abbott, believe environmentalism is a religion, even though it is based on verifiable,tested observations. Arm waving recipients of Devine intervention, like the deluded Morrison, believe the laws of the universe were altered in their favour. Are those coalition hard men really believers or just hypocrites using their ‘faith’ as a gigantic crutch to beat the shit out of progressive opponents?

AFL is a religion in some states, will this be extended to the remaining ones & the territories?

We ridicule other countries for their state religions. However there is a widespread act of faith in our own community, an unquestioned belief that our limits to growth are defined by the limits of our resources. True believers are intolerant of evidence that certain resources (especially mineral) are plentiful.

At the family level, we want each other to respect the limits of our resources. Respecting the injunctions to “reuse, reduce and recycle” demonstrates responsible behaviour to other family members. It is appealing to apply the same virtuous rules to the national and global level. Any appetite for responsible leadership is easily appeased by demonstrations of virtue, or “virtue signalling”.