Have landowners really been dispossessed by the Mabo decision?

Pauline Hanson has claimed that 'a lot of people have been dispossessed of their lands in Australia' because of the Mabo decision. Does that hold any water?

Calls from across the political spectrum have been getting louder to reach a bipartisan consensus on the issue of Indigenous constitutional recognition.

One Nation Leader Pauline Hanson remains sceptical. She recently argued that the rights granted to Indigenous people in the High Court’s 1992 native title decision, colloquially known as the Mabo decision, would be further entrenched by constitutional recognition, and that if Australia became a republic in the future, this could lead to unintended consequences.

“Same as with Mabo, and the native title. We thought we were signing over just to Mabo because his connection with the land. It’s had so much impact on us with native title, that a lot of people have been dispossessed of their lands in Australia because of it,” she said on 2GB radio.

Has the Mabo decision led to a lot of people being dispossessed of their land? RMIT ABC Fact Check investigates.

Experts consulted by Fact Check could not identify any native title decisions in Australia which have dispossessed a freehold land title holder of their land.

The High Court’s Mabo decision in 1992 did not give Indigenous people the right to reclaim traditional lands from just anyone.

Private property held under freehold title, such as your house and backyard, has already had any native title extinguished under Australian law.

Native title claims can only be made on Crown land, though this land may be covered by a pastoral lease or other interests that are deemed by law to prevail over native title.

Experts were adamant that dispossession of freehold title through a native title claim is not consistent with Australian law.

Fact Check contacted Senator Hanson’s office to ask for the source of her claim, but did not receive a response.

In making her claim, Senator Hanson said people had been “dispossessed of their lands”.

Kate Galloway, an associate professor in the Faculty of Law at Bond University, told Fact Check that dispossession means to “cancel or nullify someone’s legitimate right to land”.

“Dispossession doesn’t relate to public rights to land, or rights to access public land,” she said. “In Australia, we don’t have private title, generally, to beachfront or other public places … if the general public is stopped from accessing parts of land, that’s not regarded as dispossession. That’s just a loss of public access.”

Associate professor Galloway said that possession can describe a right of a tenant of a property, for example, but that doesn’t set possession up as the opposite of dispossession in relation to land title.

As Senator Hanson spoke of people being dispossessed of “their lands”, Fact Check takes this to mean someone who holds the title of the land under the law.

What was the Mabo decision?

The ruling referred to as the Mabo decision, handed down by the High Court on June 3, 1992, was the culmination of a decade of litigation.

The decision gets its name from one of its plaintiffs, Eddie Koiki Mabo, who along with four other Torres Strait Islanders, began a legal claim for ownership of their lands in the Murray Islands, situated in the Torres Strait between Papua New Guinea and Australia, on May 20, 1982.

In a 6-1 decision, the court established that:

… the Meriam people [of the Torres Strait Islands] are entitled as against the whole world to possession, occupation, use and enjoyment of the lands of the Murray Islands… [with the exception of land which was] … validly … appropriated for use for administrative purposes the use of which is inconsistent with the continued enjoyment of the rights and privileges of the Meriam people under native title … putting to one side the Islands of Dauer and Waier and the parcel of land leased to the Trustees of the Australian Board of Missions.

The judgment was specific to the Meriam people, and the land over which they had laid claim, and did not automatically transfer control of all unallocated crown land in Australia to its traditional Indigenous owners.

But it did have a profound effect on the common law in Australia, setting a precedent for decisions on other parcels of land.

According to the Australian Institute of Aboriginal and Torres Strait Islander Studies, the Mabo decision “altered the foundation of land law in Australia by overturning the doctrine of terra nullius (land belonging to no-one) on which British claims to possession of Australia were based. This recognition inserted the legal doctrine of native title into Australian law”.

In simple terms, the court found that the idea that Australia was a land which belonged to no one — the very basis upon which Australia was colonised — was a “fiction” in terms of supporting British ownership of land titles.

It was only by fastening on the notion that a settled colony was terra nullius that it was possible to predicate of the Crown the acquisition of ownership of land in a colony already occupied by indigenous inhabitants. It was only on the hypothesis that there was nobody in occupation that it could be said that the Crown was the owner because there was no other. If that hypothesis be rejected, the notion that sovereignty carried ownership in its wake must be rejected too.

In the months following the decision, there was much debate over what it meant for land ownership in Australia, and how to deal with its ramifications.

The Keating government was in power at the time and set about enshrining the principles of the decision in legislation.

After protracted negotiations with Indigenous representatives, pastoralists, miners and crossbench parties in the Senate, the Native Title Act 1993 was legislated to provide a “straightforward mechanism to determine whether or not native title exists and what the rights and interests are that comprise that native title”, according to the bill’s explanatory memorandum.

This is an excerpt from RMIT ABC Fact Check. Read the full article here.

Mapping indigenous land wealth: the revolution we had to have 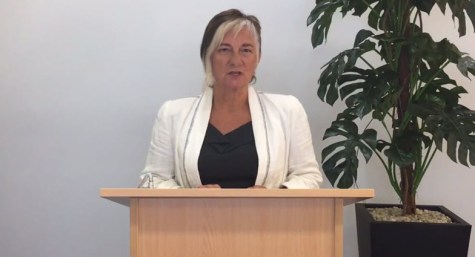 Michael Kirby lecture: on native title and the legacy of Mabo

Fact checking Poorlean ??? It seems unfair , we’ve known for some time that the lady is not one to let the truth get in the way of a good story. Don’t be surprised to be hearing from “after dark was such a lark” Mark Latham shortly !

I’m wondering how native title can be extinguished under Australian law. This land was stolen and the first people dispossessed. Without a treaty it is still stolen land and Australian “law” based on a fiction should be chucked out of the door.

Receiving stolen goods is still a crime isn’t it?

This is a lot of effort to put into proving everything that comes out of Hanson’s mouth is either a lie, nonsense or nasty vitriol. At least that is proven beyond doubt on only one of her fanciful claims.

I am amazed at how well the “baseless” verdict matches the face above….

Porleen never lets facts get in the way of a lie, luckily she`s now politically irrelevant and so are the redneck Latham and the other boofheads Ashby and Roberts that hang onto her coat tails and thats why she`s making all these stupid claims to get media attention, the coalition no longer needs her votes so she`ll probably finish up in jail again and Scomo may have to get Abbott out of retirement to finish the job he started under Howard, not even Kochie and channel seven can help her now.