Good morning, early birds. The Catholic Church and other religious groups are calling for protections in proposed religious freedom laws, and Minister for Indigenous Australians Ken Wyatt is criticised for ignoring the need for a voice to parliament. It's the news you need to know, with Rachel Withers.

The government is expected to clash with the Catholic Church over religious freedom, with the church demanding more ($) from a draft proposal for laws protecting religious organisations, The Australian reports.

Attorney-­General Christian ­Porter’s proposals aim to provide ­religious groups ­with exemptions from anti-discrimination laws, insulating faith-based schools and businesses from discrimination cases. But the church is calling for the laws to go further, with Archbishop of Melbourne Peter Comensoli telling the paper that any new laws must be “positive”, protecting religious freedom as a “universal human right”. Islamic leaders, meanwhile, are urging Scott Morrison to outlaw Islamophobia, The New Daily reports.

Minister for Indigenous Australians Ken Wyatt is being criticised by Indigenous groups after ruling out including a voice to parliament in any referendum, The Guardian reports.

Wyatt used the annual Lingiari lecture in Darwin late last week to say that there would be no reference to a voice in a referendum to be put to the Australian people, despite the Uluru Statement from the Heart calling for one. Uluru statement advocate and union official Thomas Mayor said it was “utterly disrespectful … especially at the Lingiari lecture, considering the vision and the courage Vincent Lingiari had to stand by his people and what they wanted”. Shadow minister for Indigenous Australians Linda Burney said that the government should listen to those who drafted it.

Neave, a former Supreme Court Judge, told a Monash University forum that a national count would be a measure of the success of prevention policies, like the road toll, while also exposing the extent of femicide. The Senate also recently called on the government to set up an “official real-time” toll, with Greens senator Larissa Waters writing to Minister for Women Marise Payne to establish a central count.

In rugby, my coach used to describe it as the bacon and eggs principle. The chicken is involved, but the pig is committed to the task.

The Prime Minister reminds public servants that ministers have more skin in the game than bureaucrats.

‘We are not crawling below that’: Tuvalu threatens to exit seasonal worker program after deputy PM’s comments

Boris Johnson ‘confident’ EU will back down in Brexit talks

PNG asks Australia for $1.5b to help fund budget

Berejiklian delivers on a jackpot day for Sydney casinos

“Inconsistencies in a victim’s recollection of sexual abuse are no longer regarded as inherently adverse to the victim’s credibility. There is general acceptance of forensic authority that the passage of time — in this case, 22 years — can affect a victim’s recollection of detail without rendering the memory inaccurate or unreliable. Nor is denial unusual in victims of abuse. But these belated acknowledgements go some way to negating a disadvantage rather than conferring an advantage. They don’t lower the standard of proof or shift the onus of establishing it.”

How Aussie kids’ TV is leading the world in kindness

“Within the children’s TV industry, the ABC is widely regarded as bolder and more diverse in its children’s content than any of the commercial networks. University of Sunshine Coast researcher and associate professor Anna Potter said the ABC had made a conscious push to be more ‘courageous’ in terms of representation in its children’s television. ‘Social issues around gender have had more attention in the past few years than ever previously,’ she said. ‘Really, in 15 years, we’ve come to a point [since the Play School ‘two mums’ episode] where most people are comfortable for a transgender child’s first day to be on children’s television.’”

“From the early 19th century, Australia’s interaction with Pacific peoples has been via exploitation of labour, resource exploitation on Nauru and in PNG, commodity exploitation by CSR or the maintenance of dominance of Australian firms in small national markets. And a key part of Australia’s economic imperialism in the Pacific was a long campaign to keep larger powers out — whether Germans, the French or the Japanese. Our current “Stepping Up” campaign against China is simply the continuation of the long-running mechanism of Australia’s Pacific imperialism: dominate the region, subordinate its interests to our own, prevent other, greater powers from establishing influence.”

Australia’s older generations are richer than before, while younger ones are falling behind – Kate Griffiths and Danielle Wood (The Conversation): “Most Australians want to leave the world a better place for those who come after them. It’s time to make sure we do it. Lots of older Australians are doing their best, individually, supporting their children via the “bank of mum and dad”, caring for grandchildren, and scrimping through retirement to leave their kids a good inheritance. These private transfers help a lucky few, but they don’t solve the broader problem. In fact, inheritances exacerbate inequality because they largely go to the already wealthy. We need policy changes. Reducing or eliminating tax breaks for “comfortably off” older Australians would be a start. Boosting economic growth and improving the structural budget position would help all Australians, especially younger Australians. It would also put Australia in a better position to tackle other challenges that are top of mind for young people, such as the climate crisis.”

Blinkered Chinese nationalists are trolling me – but once I was one of them – Vicky Xiuzhong Xu (The Age/Sydney Morning Herald): “I’m opposed to violence and the filth from online trolls made me physically sick, but as a former university student from mainland China, I am sympathetic towards these students. I understand where they’re coming from. Rather than be shocked and fearful of them, supporters of human rights and democracy should embrace the opportunity to understand them, open a dialogue and educate them so they can make up their own minds about China. My experience as a nationalistic-student-turned-journalist proves it can be done.”

Section 44 trap is irrational and should be axed ($) – Kim Rubenstein (The Australian): “The poignancy around this challenge also comes from its timing with the Australian government (without sufficient resist­ance from the opposition) strip­ping Australian citizens of their rights and preventing some from returning to Australia. While the context is different, the power being exercised by the state is the same. The horrors of Frydenberg’s and Hollo’s family histories should remind our politicians that a democratic nation should not use its citizenship laws under the guise of “securing the nation” to banish its own citizens. Having now done so, the democratic foundations of the liberal democratic ­society that Frydenberg’s and Hollo’s families benefited from and the government is seeking to “defend” are less secure.” 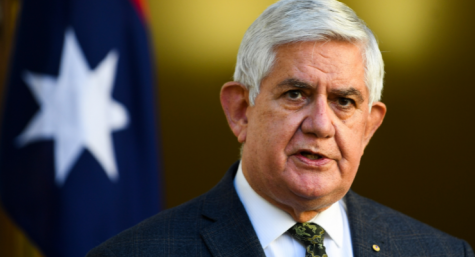 Progress on Voice to Parliament

THE PUBLIC CALLS FOR GREATER PROTECTION FROM THE CATHOLIC CHURCH. TAX THEM TO THE HILT AND JAIL ALL PRIESTS WHO DON’T REPORT INCIDENTS OF ABUSE DURUNG THE CONFESSIONAL.