Playwriting Australia is an organisation devoted to improving the nation’s scripts. But the drama lately has all been in the board room.

It must have seemed like a good idea at the time. Playwriting Australia (PWA), the national body for developing playscripts, needed a new artistic director. Acclaimed playwright Lachlan Philpott was looking for a new challenge.

“I came to Playwriting Australia at a time when it was acknowledged that an organisation that works with and for playwrights should also be playwright-led, and there was wide enthusiasm for the potential renewal of the org,” he told Crikey in an email.

Philpott is known for his hustle. The former high school teacher grew up around the theatre: his parents ran a youth theatre company in the Sydney suburbs. After stints as a director and artistic associate, his playwriting career took off in the early 2010s.

So when Philpott was announced as the new artistic director of PWA in July 2018, most in the sector were cautiously optimistic. Philpott was the first playwright to head the playwriting organisation. He proposed a well-received new slate of development programs, and set out to try and improve perennially precarious conditions for local stage writers.

Then, months later, Philpott’s brief tenure was over. He was sacked by media release in June.

The media statement set tongues wagging across the sector.

PWA committed to a sweeping independent review of its operations by an outside consultancy, trumpeting “a number of strategic initiatives aimed at opening up new pathways to foster a new era of growth in Australian playwriting culture”. Then, several paragraphs down, they admitted that “in the interests of this renewal, all employment positions in PWA are now redundant”. 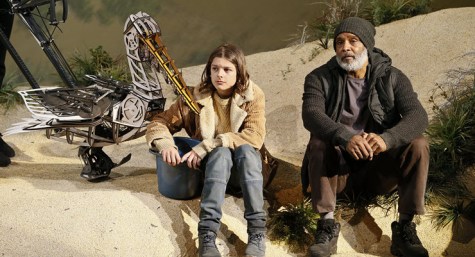 The announcement — and the bleak comedy of its PR spin — gathered immediate concern and derision in the cultural sector, with many asking questions about the continued existence of the organisation. A group of prominent artistic directors at major theatre and arts companies wrote to the PWA board, concerned about what was going on.

“We were shocked by the PWA announcement last week,” they wrote, calling the news that playwrights “are about to be without their only peak body” an “inexplicable and sudden loss”. ArtsHub’s Alison Croggon asked simply: “Is it finally curtains for Playwriting Australia?”

An organisation in meltdown

PWA might be about developing great scripts, but the story of Philpott’s demise is of decidedly lower quality — more B-grade corporate melodrama than Julius Caesar.

PWA chair Peter Wilson is a high-flying merchant banker, famous for his swift decision making and peremptory style. A key adviser to the Westpac takeover of St George, Wilson has made millions as a managing director of well-heeled mergers and acquisitions firm Greenhill — much of which he has spent on art. Wilson’s multi-million dollar quadruplex Woolloomooloo apartment features a rooftop jacuzzi, a whole floor of art storage and a prominent artwork by Agatha Gothe-Snape.

Accounts differ as to exactly what went on at the organisation, but Crikey understands that Philpott’s relationship with chairman Wilson soured quickly after he took up the role. The experiment of a playwright leading the playwriting organisation did not go well. Staff started departing — some to better opportunities overseas, others in less rosy circumstances. By all accounts, Playwriting Australia was an unpleasant place to work.

Philpott’s troubles were exacerbated when he fell out with general manager Michelle Kotevski. Kotevski is a veteran arts administrator who has had stints at several prominent arts orgs as well as the Australia Council. She and Philpott disagreed on programming decisions and, when the board sided with her, Philpott’s days were numbered.

By June, the organisation had melted down. Kotevski resigned. Philpott was made redundant. The board announced its bold new vision with a review, farmed out to well-connected arts consultant Richard Evans.

Kotevski is back working at the organisation as a contractor, presumably to try and tie up the many loose ends of an organisation with no remaining ongoing staff members. She referred our questions to PWA chair Wilson. Evans declined to comment until he was ready to hand down the review.

Industry observers are left agape. The nation’s only play development body has been left without a CEO or any ongoing staff, and with its entire purpose and mission up for grabs.

“I’ve never seen anything like this,” the Australian Writers Guild’s Jacqueline Elaine told Crikey in a phone interview. Elaine questioned the timeline of events pointing out that Philpott was sacked in the middle of a round of national consultation with playwrights. 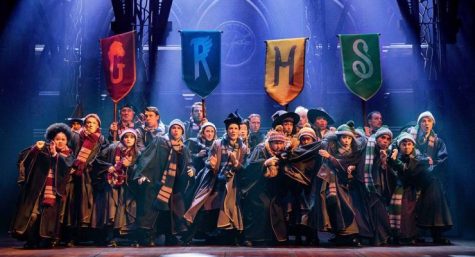 “The tone of what they’re saying belies the facts: the tone is one of an organic evolution in a positive sense … whereas they’ve done this in the middle of a funding cycle that will determine the future of support for the sector for the next six years.

Other aspects of PWA’s story have unravelled. For instance, in their June statement, PWA made much of a “possible arrangement with Griffin Theatre Company”. But when Crikey reached Griffin’s artistic director Lee Lewis in the middle of rehearsals for an upcoming production, she told us there was no arrangement. Lewis told us she was dismayed by the redundancies, as Griffin has a very small script development budget.

Crikey did briefly reach PWA chair Wilson in a text message exchange. Wilson was understandably preoccupied with his wedding that week, which took place in a lavish ceremony on Cockatoo Island. Wilson promised to put our questions to “the folks who will be looking after things while I’m being tied down”.

A week later, Crikey eventually got a response from PWA. True to form, it was a masterpiece of meaningless spin:

Following a period of internal transition and consultations with playwrights around the country, the board of Playwriting Australia has commissioned a review to consider the most effective and sustainable model of supporting play development that also offers a pathway for writers to see their work through to production. This will help guide PWA as it makes decisions about its future.

For his part, Lachlan Philpott is finding it difficult. “I find their decision devastating on a personal level of course,” he wrote in his email.

There were a lot of other things he wanted to add, but told us he couldn’t see them published because of his non-disclosure agreement.

Pain in the arts: only a transparent Australia Council will do

Philpott is a working-class boy known for his hustle. The former high school teacher grew up around the theatre: his parents ran a youth theatre company in the Sydney suburbs.

As someone who grew up in housing commission flats and moved a few times so my mum could stay in work in the 60s & 70s, I didn’t have a single friend or acquaintance whose parents ran a youth theatre company.

You might want to do a little bit of research into what actually constitutes the ‘working class’.

Working-class and youth theatre are two lines that seldom intersect.

Oh Malcolm, shorely you know Rule 7 of The 100 Guild Rules For Australian Artistes?

Rule 7: All members shall be of and for The Working Class, mere honest jobbing craftsmen and women, crafting their craftsmen’s Craft, stout yeoman all, plying their plyful crafty craftsman trade in their honest toily makings of Teh Great Art, all gnarled workers’ knuckles, calloused of workers’ palm and pure of workers’ heart…yea, verily as does the ‘prenticed turner, the freeman stonemason, the sturdy bricksman, the fleet, taciturn nightcartier worry and irk busily at t’noble manful office, so too the stoic scriv, the relentless inker, the calm and heroic wrangler of thespian machination…O, let us sing massed common refrains of grateful cheer to the brave and noble pliers of the Great Australian Proletariat Artist, for shorely without this most gilded of gilded guilds our artistic community would be over run by an army of vapid and pretentious middle class poseurs…