When will Australia's rate-cutting frenzy end? It all depends on this week's jobs figures.

The Australian government — and the nation’s economists — will have eyes on one thing this week: the Australian Bureau of Statistics July labour force data, which is dropping on Thursday at 11.30am. The numbers have rarely come out at a more crucial time, and an enormous amount depends on them.

The Reserve Bank of Australia (RBA) is in the middle of an axe-swinging frenzy, hacking at interest rates. It has cut them from record lows down, ever further, into the dark uncharted territory near zero. This has, in turn, sparked wild depreciation of the Australian dollar, speculation about what will happen if interest rates hit zero, record-breaking falls in bond yields, extremely cheap mortgages and dramatic sharemarket volatility.

When will the rate-cutting frenzy end? The central bank will decide based on what the labour market does.

What numbers are we shooting for?

RBA Governor Philip Lowe told a Senate committee last week that “we probably need to get down to an unemployment rate of 4.5% to have wage growth consistent with the inflation target”.

“That’s the world in which we’ll be raising rates.”

So how do we get unemployment down to 4.5%? What does that mean in terms of getting people into work? How many extra people does Australia need to get into work each month? This calculation is vital. 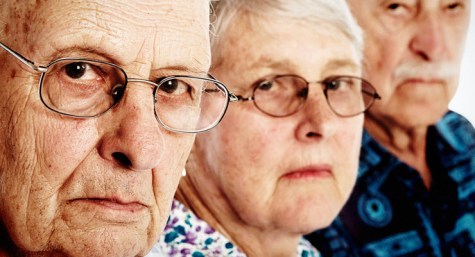 Interest rate cuts are coming, but the retiree anger is already here

When the labour force data comes out, it includes several figures: the unemployment rate, the participation rate, and the underemployment rate. These rarely budge, and when they do it is by 0.1% at a time. To really take the pulse of the labour market it is useful to look at how many extra people got employed in the month.

(Note: I’m careful to talk about “getting x people into employment”, instead of the usual “Australia added x jobs”. Once upon a time it was probably a fair thing to say because one person = one job. But what the data actually show is employed persons. And these days an employed person can have multiple jobs.)

If we get just 500 extra people into jobs a month, we are going to go backwards fast. There are far more people than that entering the labour force. Far more.

The labour force includes everyone who has a job and everyone who wants a job. It grows when people graduate from school and university, migrate to Australia, come back from maternity leave, come out of retirement, or for any reason decide to get a job in this country. It gets smaller when people retire, are unable to work, or give up on trying to find a job.

How many people join the labour force each month? It’s a surprisingly big number, and that’s why putting 500 a month into work is too few. The number varies, but in the last six months approximately 30,000 net new people a month have joined the labour force.

This number often surprises people. Adding 500 new employed people in a month might sound adequate for an economy like Australia, but it is actually pitiful compared to the 30,000 eager new workers on the scene.

To stand still, Australia needs to get around 30,000 people into jobs a month. If we manage that, we should stay at 5.2% unemployment. But the next part of the puzzle is figuring out how many extra people need to get into work each month to get us down to the magical level of 4.5% unemployment.

In the last decade there have only been three months when the economy got more than 37,500 people into jobs in a month. This suggests that driving our unemployment rate down to the natural rate of unemployment is going to be very hard indeed.

The RBA is slashing interest rates, but the idea that this will be sufficient to turn the economy around appears to be rapidly fading from public debate. We are very likely to need more policy action. But who will crack first? Will Lowe be forced to adopt quantitative easing? Or will Treasurer Josh Frydenberg be forced to spend some of the surplus he has so lovingly gathered?

If Thursday’s data shows the number of new people moved into work is below 37,500, the pressure will build on the government: it’s time to do something different. 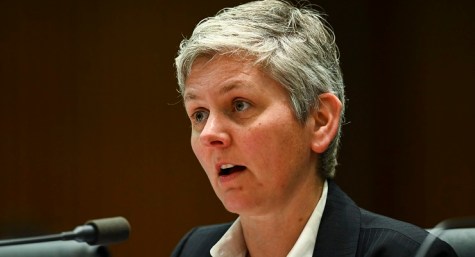 Rates and jobs: a world of “no”

Just more neo-liberal madness. You now have to pay banks to let them hold onto your money.
The tax-payer is once again being whipped to pay for the madness of the elites. Wall Street is already hollowing out every US company and writing them off as a loss whilst simultaneously pocketing the pensions.

Australia can continue sliding towards fascism or decide it wants a future.

In the meantime, eliminate any debts you have and diversify your assets and invest a percentage of your cash in bitcoin. The only currency worth holding is currency backed by gold.

And still the drongos voted for this appalling government…I have NO sympathy for any of them!

The born bureaucrat slips a couple of slim shivs between the ribs – “natural rate of U/E” and how will Q/E (aka printing money) perform the miracles apparently need to reach this allegedly natural rate?
However this mindset really shows with “will Treasurer Josh Frydenberg be forced to spend some of the surplus he has so lovingly gathered” – whatever other grand achievements Fraudberg may have committed, gathering a surplus is NOT one of them.
He may have predicted (like a showground card reader) the magic ponies and unicorns of Surplus will manure our prosperity but it is based on dreams about as solid – perhaps he should ponder the earlier article about China deciding we need to be shown who holds the reins of our undeserved prosperity (despite the author).

Woo cool, we get to vote on comments! And an edit button!! Yay!

JM is just a wee bit fixated on the stats for my liking. This ‘37,500 a month to get us down to 4.5%’ figure is based upon a projection of a survey of ‘..approx. 0.32% of the population 15 yrs and over’. All self-reported. Also, as we’ve all pointed out ad nauseum, ‘employed’ means only ‘one hour a week’. Meanwhile JM is chuffed to inform us he’s being scrupulous with jobs/employment semantics: ‘people can have more than one job.’ True (I have). I simply point out that jobs can have more than one people, too.

Employment stats with such slippery metrics are not-fit-for-neoliberal-economics-purpose.

Sooo, what JM has written here is just pure bunkem or is it largely true, considering that it is written as a media article in exposition style and not a 500 page book on Australian economics?

I’m out of the sharemarket, the excrement and the wind generator are meeting.

I can’t recall a time where we were so I’ll equipped to meet a crisis. These fools are way out of their depth.