Some scientists say it is a great weapon in the war on carbon emissions, and Energy Minister Angus Taylor is pushing an inquiry into the topic. But will Australia ever take the nuclear option?

Earlier this month, Minister for Energy and Emissions Reduction Angus Taylor announced the first federal parliamentary inquiry into nuclear power in over a decade.

Considering his track record in the portfolio — which includes floating public funds for the Vales Point coal plant and fudging our Paris commitments — you’d be forgiven for seeing Taylor’s thought bubble as the latest stalling tactic before finally getting around to the emissions reduction Australia has ignored for six years.

But is a nuclear energy industry in Australia really so far-fetched? Crikey examines why it’s never happened, and the voices for and against the push in 2019.

Why did Australia never go nuclear?

Half the problem of developing nuclear plants in 2019 is that we’d have to start from scratch. While some countries ran with the technology from the 1950s, Australia instead went with low-cost coal and gas.

“You need to remember at the earliest days of the nuclear age, we tested nuclear weapons in this country on the Australian mainland, so we weren’t inherently against nuclear energy,” says Professor Michael Brear, director of the Melbourne Energy Institute at the University of Melbourne. 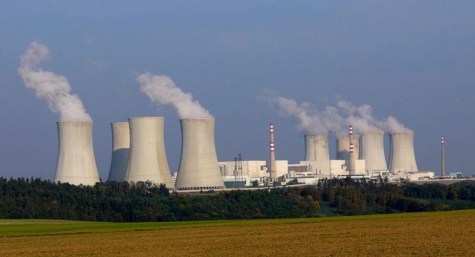 Nuclear power advocates are running out of fuel

While substantial nuclear subsidies make exact economic comparisons hard to quantify, Brear notes that, without climate change as any kind of policy driver, coal plants easily won out over nuclear.

There were thought bubbles, of course. SA premier Thomas Playford announced vague plans for a plant at Upper Spencer Gulf in 1952. NSW would come closer in 1969 with a 500MW nuclear power station proposed for the Jervis Bay Territory, 200km south of Sydney; it faced local opposition and eventually fell through.

The next few decades saw more failed domestic attempts at generation, a growth of the technology in countries like France, US, China and Russia, an increase in uranium exports in the Northern Territory, South Australia and Western Australia (Australia is now the third largest exporter globally) and a spike in anti-nuclear politics. A poll following the 1979 Three Mile Island nuclear plant accident in the US found overwhelmingly negative public sentiment. Thanks to a Conservation Act amendment, nuclear generation has been banned at the federal level since 1999.

Still, the Coalition has been a fan since the early days. John Howard both supported lifting the ban and, through the 2006 Switkowski report, established that nuclear could compete with coal if Australia introduced some form of carbon pricing. While that climate policy enjoyed bipartisan support for a moment, it’s an ironic qualification considering where the Coalition stands today.

Establishing nuclear plants is still overwhelmingly expensive — a CSIRO and Australian Energy Market Operator report last year indicated it would be the most expensive form to build, even compared to renewables with storage.

However, the urgent need to slash global carbon emissions has seen a range of local and international climate scientists join the call for nuclear alongside far-right climate sceptics like Tony Abbott, Clive Palmer and the Mineral Council.

“Nuclear electricity is a near zero greenhouse gas emission form of electricity generation,” Brear says. “That’s a fact. The French have demonstrated that you can run an entire nation’s electricity system off it; that’s another fact. Whether or not that’s cost effective and more affordable than alternatives, that’s certainly yet to be seen.”

South Australia, by far the country’s best performer for energy transition, considered nuclear power in a 2016 royal commission. It found that even with a carbon price, neither large-scale nor modular reactors would be economically viable before 2050. It did, however, call for the federal moratorium to be lifted. 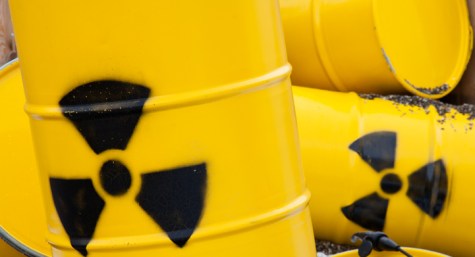 The Australian Nuclear Association told Crikey that the royal commission failed to consider economic cases in other states.

Still, building a nuclear industry as as response to climate change makes little sense when Australia is long overdue in slashing emissions. The country does not have the decades it would take to win the public over, gain approvals, find sites, develop the industry and build plants. This would put us far beyond the Intergovernmental Panel on Climate Change’s all-important 2030 deadline.

As the Climate Council notes, wind and solar farms take just one to three years to build, can “power our country 500 times over”, do not produce radioactive waste, and do not require negotiating with a population that, as it stands, is only slightly receptive to nuclear generation — as long as it’s in areas not in their backyard.

Brear does, however, argue there is a case for considering the technology further down the track. “If we have an urgent need to achieve abatement; we have to do renewables, amongst other things, right now… [But] it might be that, when we get closer to the mid-century, that nuclear plants developed elsewhere are affordable and are sufficiently safe and reliable for us to integrate into our system.

“It would be poor planning if today we ruled out ever having nuclear, but similarly it would be poor decision making today to commit to nuclear… Let’s see what the inquiry shows up.”

Will Australia ever get on board with nuclear energy? Send your comments to boss@crikey.com.au. Please include your full name.

Nuclear power isn’t a near zero carbon dioxide emissions source. The uranium has to be mined, processed and its U-235 trace concentrated to nuclear power plant level, all of which require energy, probably obtained by burning fossil fuels.

And then to construct the power plants, large amounts of steel and concrete are needed (probably more than other power plants), both of which lead to considerable CO2 emissions (manufacturing cement accounts for around 10% of CO2 emissions).

And then there’s the CO2 emissions involved in decommissioning the nuclear power plant at the end of its lifespan. And safely storing the nuclear waste for tens of thousands of years.

‘Decades’ to get approvals, sites and to build. And, I would argue, that’s being optimistic because you also need to factor in waste disposal/storage. Great idea for the 1990s perhaps, bu a poor idea for 2020 – because we don’t have ‘decades’ to make change.

As the article suggests, it’s a delay tactic. They’ll do anything to keep the coal burning and lockout renewable development for as long as possible.

When are we going to have the federal inquiry into renewable power generation and storage ? What we get instead is the AER suing Wind farms.

Hmm.. and which countries are continuing to develop neuclear power generation and not have links with a nuclear weapons program?

France has announced they will not build any more.

Hmmmm, And which state is home to an ex minister for defence (read attack() keen to enlarge our weapons industries?

Nuclear reactors can never be considered ‘safe’ when the by-product is radioactive waste. Transporting the waste & storing it carry risks.