The quiet life and noisy legacy of a relatively unknown billionaire

Who exactly was Paul Ramsay? Why did he remain virtually unknown to the Australian public? And why is his legacy mired in the kind of controversy he never attracted in life?

Paul Ramsay was aboard his beloved 105-foot private yacht Oscar II, anchored in the glistening waters of the Spanish resort island of Ibiza, when he suffered a heart attack and lost consciousness. It was late April 2014. No sooner were paramedics called than a message was quickly drafted to the Australian Stock Exchange, alerting investors to the situation.

The 78-year-old billionaire, who made his fortune buying and selling private hospitals to create the Ramsay Health Care empire, was taken to a nearby hospital. At his bedside were an inner circle of powerful decision-makers, including Michael Siddle, one of his closest friends and deputy chairman of his healthcare group, and Sam Savchenko, business development director of his private entity Paul Ramsay Holdings. With his health failing, he was ferried from Spain by private jet to his hometown in Bowral, in the New South Wales southern highlands. He failed to regain consciousness and died several days later.

Ramsay’s funeral was attended by a who’s who of Sydney’s elite. Former PMs John Howard and Tony Abbott, media mogul Kerry Stokes, broadcaster Alan Jones, cricketer Brett Lee and fellow billionaire James Packer, sporting a swollen eye from his curbside showdown with media executive David Gyngell in Bondi a few days before. Many of them were the same faces who, a few weeks earlier, had packed the Sydney Town Hall to celebrate the notoriously humble billionaire’s achievements, where Ramsay hosted a lavish party to celebrate the 50th anniversary of his private hospital group. It was an extravagant affair, replete with tap dancers and a performance by Dame Edna Everage.

Then the shocks started.

As executors began the mammoth task of poring over his vast estate, they made a startling discovery: Ramsay, a “confirmed bachelor” who had never married and had no children, had left his $3.3 billion stake in the company to a charitable foundation in his name. The Paul Ramsay Foundation would remain a major shareholder in the business and would be administered by three long-serving Ramsay directors and close friends of Ramsay: Siddle, Peter Evans and Tony Clark.

But there was yet another surprise that would leave his legacy and fortune in a state of confusion: the incredibly noble donation came with no instructions. It was, in essence, a blank cheque that provided no indication from Paul Ramsay as to where the money should be spent.

“Nobody really knew what Paul’s interests and intentions had been,” said Simon Freeman, who managed Ramsay’s personal finances in the years before his death, and ran the foundation until December last year. “You have this huge sum of money without any clear direction, it’s inevitable that everyone involved is going to be wanting to put the case for their personal interests.”

Adding to the chaos, the foundation’s legal structure required it to start distributing money straight away. But without any instructions on what the money should be spent on, administrators were left scrambling.

That wasn’t all. The Ramsay legacy has been unwittingly dragged into a long, protracted, extremely public culture war over another part of his inheritance — the Ramsay Centre for Western Civilisation — which has become a flashpoint for the ideological contest over Australian identity.

The centre, which aims to partner with universities to offer degrees that promote “Western values”, has attracted the support of right-wing culture warriors pitted against battalions of university academics. The Australian National University (ANU) has publicly snubbed the centre and academics at the University of Sydney are in open warfare with their administrators over whether to accept Ramsay funding, further driving a wedge between the centre and the foundation.

And there’s more. Ramsay’s fortune has not only triggered a political fight, there is also an extraordinary paternity dispute, with a woman coming forward claiming she is his granddaughter.

So who was this man? Yes, we know he was an extraordinary philanthropist — his bequest was the biggest single charitable donation in Australian history at the time, according to Philanthropy Australia. And yes, we know he was a prodigiously successful businessman  — Ramsay Health Care is Australia’s largest hospital operator.

But why did he remain virtually unknown to the Australian public? And why is his legacy mired in the kind of controversy that never attached to him while he was alive?

NEXT IN THE SERIES: How Paul Ramsay triggered an unseemly brawl over Western civilisation

The Legacy of Paul Ramsay The Australian Financial Review

Abbott, ANU and the decline of Western Civilisation The Monthly

The Ramsay Podcast The Ramsay Centre for Western Civilisation 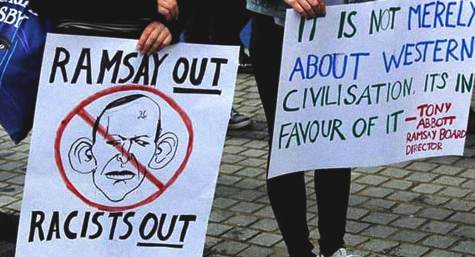 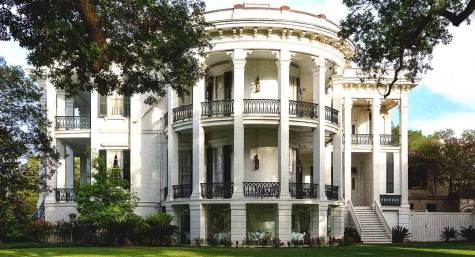 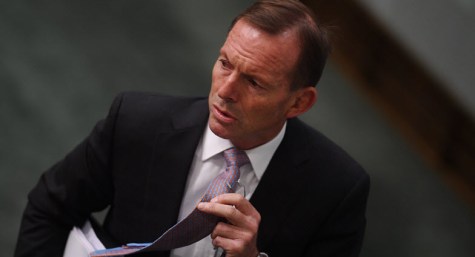 The playmakers behind the Ramsay Centre blunder

Thanx for a most informative piece. What were his parents like? What about his business practice made so much money for him?

In the late 80s I was a double Cert RGN/RPN at one of his psych facilities. He walked into the coffee shop at street level; my then NUM asked the DDON with who we were sitting… “Which one’s Paul Ramsay?”
DDON: “The one with the calculator in his head”. (chuckling sotto voce). I stayed for a while there, and did a short stint as an NUM, with a mix of acute psych/eating disorders. I was called in specially to be told I’d be given a wage increase of a $1.50, which, from memory took me to something like ~$15/hour. We’re talking running he unit, and always the chance of appearing in Coroner’s Court, given the nature of the job. The days of 70s inflation were long gone, we were just starting a family, and wages had already settled into stagnation. The several billion legacy does not surprise me. Apply your Surplus Value analyses at will.
P.S. … I was told his real (small) launch pad was Evesham Clinic. He always had a soft spot for it.

… oh, and not to forget the Glen Oakley biz. The Hunter RPN who faked university quals and became a fairly upper level Admin in RHC. I was introduced to him by one of his underlings, and he was a very personable guy, (unlike the introducer, between us in the org chart).
Imagine how exhausting it must have been to be constantly on guard of exposure. I’ve never heard that he didn’t carry out his job quite well. (probably true of many management positions… it’s people management, and judicious delegating, rather than direct care of patients, say).
Looking forward to further instalments after the ad breaks…