Good morning, early birds. The Australian dollar has plunged following a horror market day driven by the US-China trade war, and investigators travel to Afghanistan to probe claims of Australian war crimes. It's the news you need to know, with Rachel Withers.

The Australian share market has suffered its worst day of the year, with the dollar pushed to its lowest point in 10 years as a result of the escalating US-China trade war, The Age/Sydney Morning Herald report.

Close to $38 billion was wiped from the ASX boards after a drop in the Chinese yuan sparked selling across Asian markets. Experts have suggested the move by the People’s Bank of China to devalue the yuan was “assumed retaliation” to tariffs imposed by the US last week. Chinese state-owned entities will also halt the purchase of US agricultural exports. There are growing fears that the trade war is now “a full-blown currency war that will hurt the global economy”.

Investigators have traveled to Afghanistan to interview witnesses over alleged Australian war crimes, the ABC reports.

The visit is part of an inquiry into “allegations and rumours of misconduct” by Australian special forces, relating in part to incidents described in the ABC’s Afghan Files reports, which were at the centre of the AFP raid of ABC offices. NSW Supreme Court Justice Paul Brereton, a major-general in the army reserve who heads the inquiry, was reportedly in Kabul, something the ABC calls “hugely significant”.

NSW has made it easier for landholders to clear grassy woodlands for agriculture, while an FOI has revealed that protected sawfish deaths on a Gina Rinehart station were kept quiet by the WA government, The Guardian reports.

Meanwhile, emails show that the WA government wanted to keep the deaths of 46 protected sawfish on a Rinehart pastoral station out of the media. The fish, “totally protected” under WA law, were dying in rapidly-drying pools disconnected from the main river system.

If you start dismantling superannuation, you’re essentially an anti-vaxxer.

‘He made no request’: No plan to base US missiles near Darwin, defence minister says

Egypt: At least 20 dead in explosion outside Cairo hospital

How the government weaponises uncomfortable topics to lock down debate

“What stands in the way of moderating Australia’s hard-line deportation of New Zealanders? “The risk of paedophiles!” Why can’t medivac legislation be left well enough alone? “Murderers, rapists, terrorists!” Why are Five Eyes authorities demanding that tech platforms allow them to hack encrypted messages? “Online child sexual exploitation!” The common thread? Our very own Minister for Home Affairs, Peter Dutton. He’s picked up the danger of child abuse and sexual assault and weaponised it in support of increased security powers and tougher borders. It works because the media amplify his claims — usually uncritically.”

“The Folau case was always difficult for the right, because any victory by Folau over his right to publicly list those going to hell — everyone except members of the specific sub-sub sect centred on the Folau clan — would hugely weaken employment law, establishing employer demands concerning employees free speech activities as unconscionable. Conversely, upholding Rugby Australia’s right to sack Folau would give firmer definition of what crossed the line from religious opinion into hate speech. The right seems to have not thought this through at all, when they dived into the Folau-Rugby Australia dispute. There is a “Folau War”, but it’s a civil war on the right, between free marketeers and cultural conservatives.” 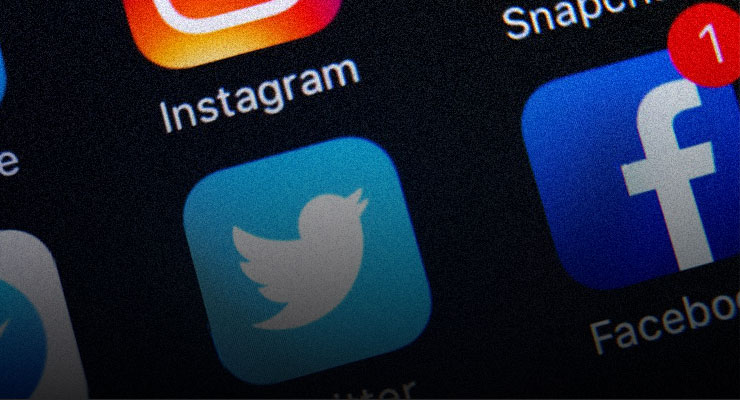 “The documentary, by German filmmakers Moritz Riesewieck and Hans Block, has been part of a growing movement to lift the lid on the gritty work done by content moderators, where low-paid workers are forced to watch and censor the worst content on the internet. It follows several anonymous workers, whose job it is to remove objectionable posts. They say they’re subjected to image after image of confronting content, including murder, suicide, beheadings, child sexual abuse and terrorism, and have as little as five seconds to determine whether the image or video breaches a platform’s guidelines.”

Reasons our signature to Operation Sentinel is a done deal – Peter Hartcher (The Age/Sydney Morning Herald): “There are good reasons why Australia should not accept the Trump administration’s request to join its Persian Gulf patrol. But there is a vital principle at stake – freedom of navigation. And, in the end, Australia will agree to defend the principle. And, once again, the Australian Defence Force, supposedly structured for deployment in the Indo-Pacific, will be deployed to the Middle East at America’s request. Why has the Trump administration asked for Australia’s help? Because Trump created a crisis. And he now wants the rest of the world to help manage the problem that is of his own making.”

What induces men to imitate the Christchurch massacre? – Jeff Sparrow (The Guardian): “To the young men on 8chan, he presented gun massacre both as a political tactic and as a form of personal redemption – a way for socially awkward misfits to transform themselves into fascist supermen. As many commentators noted, the video of the Christchurch massacre looked like a computer game. The message for other online fascists who watched the awful footage was that, by opening fire on perceived enemies, they too could become the main player and not an non-player character – even if only for a moment.”

Politicians ignoring voters by supporting population growth ($) – Judith Sloan (The Australian): “Political support for large-scale immigration does not tally with voters’ views. Support for large migrant intakes has fallen significantly during the past decade. People want immigration cut and slower population growth. The evidence is in figures collected by Newspoll, Essential Research, the Lowy Poll, the Scanlon Survey and the Australian Population Research Institute. The politicians know what we think. They just act like they don’t.”

We can expect that in due course Hong Kong’s Carrie Lam will invite the assistance of a large contingent of PRC police on the basis that they leave once order is restored.

Just as morrison carefully avoided direct criticism of the white Australian racist who murdered 51 Kiwis, so morrison et al will in due course openly rejoice that the Rule of Law has been restored, ensuring that transnationals can exploit Australia’s resources and Chinese money in the accustomed manner.