Will an ostensibly revamped and revitalised Australian cricket team be able to overcome the jeers and boos of England's fans as Steve Smith, David Warner and Cameron Bancroft return to The Ashes?

With The Ashes upon us, Australian cricket’s moment of truth has arrived, or in the parlance of coach/spiritual guru Justin Langer, its moment of Elite Honesty.

It’s 18 months now since the third Test against South Africa in Cape Town and of the piece of sandpaper hidden in Cameron Bancroft’s undies that was used to alter the state of ball, but ended up altering the state of Australian cricket instead.

The fallout ended careers and interrupted others but, more significantly, forced Australian cricket into something more uncomfortable than fielding at short-leg: introspection. A cricketing culture that valued success — and only success — while treating notions of fair play, sportsmanship and the so-called “spirit of cricket” with barely concealed contempt, found itself not having to repair a reputation, but realising that to the broader cricketing world it didn’t have one worth repairing.

From this ground zero, a more humble and even slightly woke Australian cricket team has tentatively emerged. Meditation and mindfulness devotee Langer was drafted in to replace beer and darts devotee Darren Lehmann as coach and the mild-mannered wicketkeeper Tim Paine assumed the leadership from the suspended Steve Smith. With chief attack-dog David Warner also suspended, sledging — or “mental disintegration” — was replaced by gags about, erm, babysitting.

Minus their two best batsmen, they were predictably outclassed at home last summer by the world No. 1 India. But Australia improved its form in one-day cricket, leading to a semi-final finish at the recently completed World Cup in England. That tournament saw Smith and Warner back in the fold and playing in front of English audiences, who while hostile, seemed more interested in cheering their own team to a historic victory rather than booing an opponent who they defeated along the way. 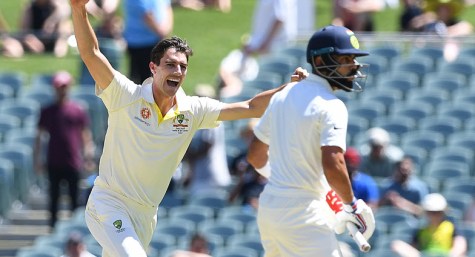 Now things are different. As a sub at The Australian brilliantly observed on the weekend, “the banned are back together“. Steve Smith, David Warner and now Cameron Bancroft, the trio of culprits suspended for cheating in Cape Town, have now served their penance and been selected to play the First Test in Birmingham tonight. It’s the first time that all three will have played together since Cape Town, and the first time any of them have played the form of cricket that is referred to as “Test” for good reason.

There are no neutral opponents, no over limits and no pub rock guitarists belting out “Sweet Child of Mine” on a Gray Nicholls to drown out the boos, jeers and abuse between overs. Instead, for five lots of five days, Smith, Warner, Bancroft and the rest will be on the receiving end as 18 months — and some would argue much more — worth of pent-up rage is sent their way. Up and down the country, from London to Leeds and back, lager-fuelled England fans high on the hog from World Cup success will take their turn kicking the cheating colonials. Minus the lager, the English press will do the same.

Much of this is de rigueur in Ashes series either home or away, but events in Cape Town have undoubtedly added an extra edge, despite England having nothing to do with them. As the game’s founders and self-appointed moral guardians, England have often tut-tutted about Australia’s uncompromising brand of cricket, and many of England’s commentators and ex-players saw this as their vindication, working themselves into highest dungeon about the disgrace Australia had brought on the game. 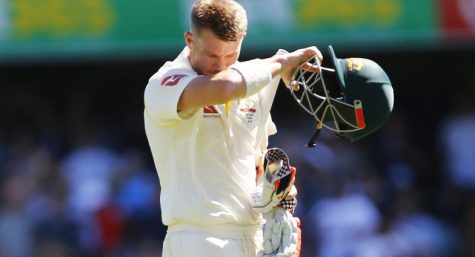 Cricket is just not cricket

They’re also not the least bit convinced about this new Australia, ridiculing their attempts to forge a new identity and predicting they’ll soon revert back to their old one under pressure. We’ll find out soon enough. The first Test is at Edgbaston in Birmingham, the most raucous ground in England, and long a graveyard for travelling Australian teams. Ahead of the World Cup semi-final there last month, Langer had his players walk on the field in bare feet, one of a swag of new-age techniques he’s brought to the team since his appointment. The English press had a field day and so did their cricket team, winning the match by eight wickets.

The Australians will need to reach a particularly strong state of zen to do better this time.

How do you think Smith, Warner and Bancroft will fare returning to The Ashes? Write to boss@crikey.com.au. Please include your full name. 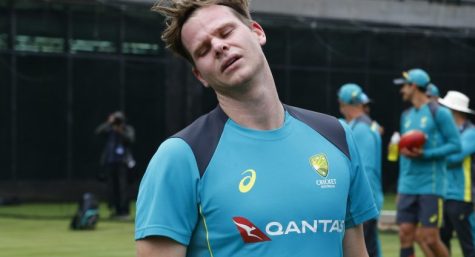 Can Cricket Australia’s new CEO rebuild trust in the sport?

“Highest dungeon”? Would that be a roof-top dungeon?

Well spotted. Fling the proof reader into the lowest one.

It is a big difference between test and one day and teams good at one have often failed at the other. There are still strange ideas going on. Siddle for example. I agree with the long suspension of Smith and Warner as the executive. Bancroft got a raw deal. But, who remembers that the Pommies use of sticky sweets was in fact what happened? Faf du Plessis has I think been caught more than twice. Pakistan have been legends at it. Imran Khan kept a bottle top in his pocket while playing for NSW (a state keeper told me). THe point is cricket has given undue aid to the batters with dead wickets and 10 tonne bats and the bowlers are cheating to even the score. I say to the poms, you cheated as well, its over with move on. Hopefully the players can get a bit of extra focus from it. Never have I admire Kohli as mich as when he called out the hecklers.

Individuals bigger than the game.

I doubt that anyone has ever subscribed to Crikey for the sports coverage and certainly not for coverage of a sport so riddled with cheats and wankers. So please Crikey…spare us.