Is this the helping hand the small business ombudsman needs?

The Australian Small Business and Family Enterprise Ombudsman yesterday launched a Business Funding Guide with a curious friend. Plus, other tips from the Crikey grapevine.

Financial tips you won’t want to miss. Don’t you love it when the government hands out truly independent financial advice? Here at Crikey, we’re not opposed to platforms like ASIC’s MoneySmart, which offer no-nonsense, plain-language guides. So how is it that the Australian Small Business and Family Enterprise Ombudsman (ASBFEO) yesterday launched a Business Funding Guide in partnership with Scottish Pacific Business Finance, a 30-year-old non-bank lender and literal market participant?

Scottish Pacific has previously announced its intention to lift the profile of small business lenders in a January submission to the Australian Business Securitisation Fund Exposure Draft. Now they’ve provided “the writing and design” for this finance guide. Crikey asked ASBFEO, an apparently independent umpire, how they squared that circle, especially a key financier to labour-hire firm linked to the alleged $130 million Plutus tax role fraud.

They told us they “engaged industry experts which were active in informing the development of the guide” but that ASBFEO had ultimate control over content of the guide. They added “the Business Funding Guide does not refer to any brand-specific product offering. Instead it provides a comprehensive brand-neutral guide to the types of financial products available to small businesses. We note also the links to industry resources within the guide are to peak organisations.” All well and good, but we reckon after the banking royal commission, a government document stamped with finance company logos would have rung some bells. 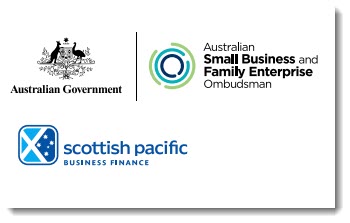 Mesdames et messieurs, the future of nuclear. We’ve been enjoying the resurgence of what passes for the nuclear debate in Australia of late, in which everyone from Barnaby Joyce to James McGrath demonstrate that they’re both innumerate and believe in big government. And tragically, reality continues to intervene to make life difficult. For many years we’ve been following the fortunes of the Flamanville nuclear project in France. French energy giant EDF has spent most of the past 12 years trying to build a third nuclear reactor at Flamanville in Normandy. It is currently seven years late and the original budget of €3.3 billion has more than trebled to €10.9 billion in that time.

Now it could be three years or more before the station might be ready following EDF’s announcement that it will be complying with the French nuclear safety regulator’s demand that it will fix faulty welding — by 2022 and at a cost of another €100 million or more, pushing the cost over €11 billion.

Through EDF, France relies on nuclear energy for 75% of its electricity. The EPR reactor is the first new reactor to be built on its soil in decades and the continuing delays and cost blowouts have helped the government decide to cut that figure to 50%. The government will reveal later this year when the target for that reduction is to happen. One thing is certain – there will be no more nuclear power stations built in France.

Comrade Barnaby? Barnaby Joyce’s move to support a lifting in the Newstart rate has sent ripples through the universe. As of yesterday, Sky News with Chris Kenny has beat out most ABC panel shows to finally discuss the Newstart policy debate with a real-life, current Newstart recipient! Australian Unemployed Workers’ Union representative and previous Crikey contributor Jeremy Poxon may have had fun forcing Sky News to post “Conrad Barnaby [sic], welcome to the resistance” to Facebook, but at least Kenny spoke to someone with lived experience; we would like to see other stations do the same. 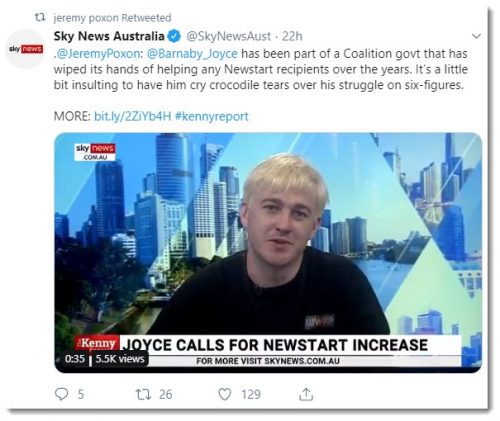 Flying high to Saudi Arabia. Good news this weekend out of Saudi Arabia: the Saudi Journalists Association has announced the first Saudi Media Forum and Awards, to be held by the end of November this year. The board’s chairman Khalid Al-Malik, who has a long history with government institutions, will run the forum under the inaugural slogan “Media Industry: Opportunities and Challenges”. After what happened to Jamal Khashoggi, we’re going to say one challenge will be “getting any Crikey journalists to attend”.

“Poor Cousin Jethro”?
Has it occured to anyone in our media to question “Where DOES he butcher his own sheep?”
When he gets the urge :-
“You can get it travellin’ on your tax-payer funded TA allowance?
You can get it in the bathroom/backyard of his present family unit/house?
You can get it duckin’ out to the “old” family farm, to grab one of the “killers”?
….. A hard earned thirst for Victim Bitter.
Matter of fact I got it now.”

A butt of sack to Crikey’s Laureate.
This was crying out for his treatment.

And the sad irony is, that I could probably empathise with him – and the rest if the great unwashed he now “understands” – if I had to make sacrifices like stop buying 20 YO single malt by the carton and start getting by on just the 15 YO stuff?
If only.

The first of a kind (FOAK) of any large engineered product, be it a ship or a nuclear reactor, costs a lot more and takes a lot more time than the final run-of-the-mill version, the nth-of-a-kind or “NOAK”. The EPR design is the biggest reactor in the world and is a correspondingly large challenge to design and tweak into being. Lessons learnt in the FOAK in Finland were applied to the 2OAK EPR at Flammanville before the FOAK was fully ironed out. The process is still underway, but the lessons learnt at both reactors have been applied at the subsequent 3OAK and 4OAK EPRs in China. These were started and completed before the others, more or less on time and on budget, and are now supplying electricity in China.

The jackpot for the EPR investors is for it to become the workhorse repeated across the European grid when it is decarbonised. One thing is certain – without such nuclear electricity, stabilising runaway global warming hasn’t a snowball’s chance in hell.

Yes, thanks for pointing that out Roger. Of course it might be different if someone found a way of converting unlimited supplies of free sunshine or free wind into electricity and storing it but we all know that’s not going to happen. /s

Further to the above comment, this link demonstrates what could happen if we fail to avail ourselves of the blessings of nuclear power and convince ourselves that somehow free energy from the sun and wind is the way to go:

We wouldn’t want that In Australia, would we?

oops –
The EPRs in China were started after the first and completed before it.