What Boris Johnson and Donald Trump have in common is less important than the phenomenon they represent.

Rich, racist, incompetent, a serial liar, a purported disrupter of the established political order who used a media profile to launch himself to political success, Boris Johnson has much in common with Donald Trump, even if the former described the latter as “unfit to hold the office of president of the United States”.

Is there some direct comparison between the two? Trump thinks so, calling Johnson “Britain’s Trump”. The Adelaide Advertiser agrees. But far-right Murdoch entertainer Chris Kenny disagrees. Over at Nine newspapers, Nick Miller also warns not to overplay the comparisons. We made our call early at Crikey, in the affirmative.

Johnson, at least, has held elective office for an extended period, even if his stint as Mayor of London was characterised by prominent stuff-ups– the watercannon farce, the Routemaster bus debacle — and his brief time as foreign secretary was marked by bungle after bungle after bungle. Indeed, the most common adjective applied to Johnson in media coverage is “incompetent”. 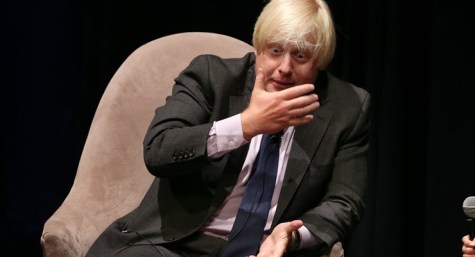 Unusually, it often comes from his own side of politics: Tory elder Chris Patten dismissed him with “as well as being mendacious he’s incompetent”; junior foreign secretary Sir Alan Duncan said about Johnson “cleaning up after him was quite a full-time activity”. By all accounts, though, Johnson is charming — something Donald Trump is entirely lacking. Johnson, however, may be the ultimate demonstration of Anthony Blanch’s warning in Brideshead Revisited: “Charm is the great English blight. It does not exist outside these damp islands. It spots and kills anything it touches.”

But ticking off the boxes of ways in which Trump and Johnson compare — hair, check; incompetence, check; bigot, check — isn’t overly useful. What is more productive is to identify what has produced them, for that is something they exactly have in common.

Johnson and Trump are the prime examples of a phenomenon of the last five years across the West: wealthy establishment figures who opportunistically attack the very system that created them, declaring themselves to be aligned with the interests of those who are victims of the system.

Johnson — multi-millionaire, Eton and Balliol College, the product of a life of privilege and wealth; Trump, multi-millionaire (though he claims to be richer than that), product of the US east coast elite and inheritor of all of his wealth (which he proved a poor custodian of). But both have come to power posing as disrupters of the systems that delivered them their wealth and influence. 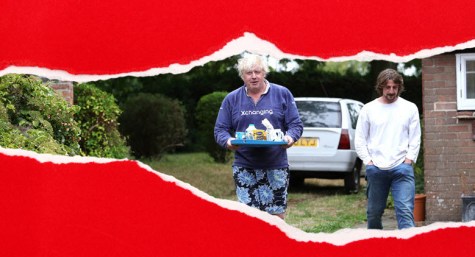 Neither of them has any particular ideology — Trump has reversed himself regularly on major issues not merely in his time before running for the presidency, but even during his term in office. Johnson is best known for his leadership of the Brexit campaign in which he posed as the tribune of Little England isolationism, but was supporting the EU mere months and weeks before declaring his support for Leave.

As Trump’s time in office demonstrates, this lack of ideology means that, even though they pose as challengers to the political and economic order that delivered them wealth, ultimately they comply with it. Trump has delivered massive tax cuts for US corporations and the very wealthy, tried to destroy the health insurance system established by Barack Obama, ramped up military spending and escalated foreign military interventions. Johnson may deliver Brexit — likely a disastrous no-deal departure — but his economic policies will likely be exactly those that immiserated so many Britons who voted Leave out of frustration with the neoliberalism applied by Tory and New Labour governments alike since the 1980s. He has already promised tax cuts for high-income earners — not exactly the middling yeoman yearning to be free of Europe.

Trump and Johnson are parasites — opportunists who realised that, despite their massive advantages of wealth and privilege, they had no other way of succeeding in a political-economic system even vaguely meritocratic, and who thus decided to feign hostility to the very system that produced them, exploiting the deep resentment of its victims.

However, the skills that enabled that successful exploitation — media smarts, a carefully cultivated persona, charm in the case of Johnson, braggadocio in the case of Trump — are not what’s needed to actually lead a democracy successfully. At that, Trump has been spectacularly unsuccessful. Will Johnson be any better? 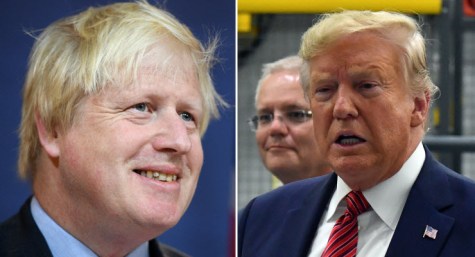 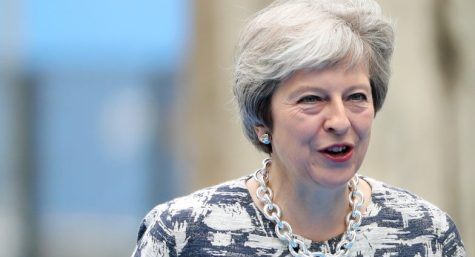 What ally, what fellow conservative? LNP senator wades in to Brexit

The thing they have most in common is that they are the worst aspects of the stereotypes of either country…the bumbling and verbose aristocrat for Boris and the thick gangsterish business type for Trump. It’s almost as if these two types have been orbiting the periphery of politics in either country, sniping about the terrible state of Governance while sucking the teat of both economies. One a dismally dishonest churnalist and the other a fringe criminal property developer.
The failure here is in the electorates who, through a combination of contrarianism and a general lack of interest have decided to test these buffoons.

The failure is the Electoral College system in America that saw the popular vote by 3 million for Dems over ridden by an archaic racist pro slavery construction.

In both the UK & US the electoral system is FPtP, with the Electoral College to guard against too much manifestation of uppity Demos.
What’s our excuse with one of the better*, most representative systems of STV & PR.?
(Neither the fairest nor most democratic, that would be D’Ondt or MME.)

3 million more voted for the Dems than for the Trump.

There is not a democrat electoral system operating in America.

Malcolm Roberts said Trump’s win was the beginning of the western spring!!

Trump, Johnson AND Scott Morrison. Fatal to the survival of the planet.

I think we can read too much into this. Historically we’ve always had the odd (sometimes very odd) bumbling idiot rise to the top. USA: LBJ, Bush & Trump, GB: Heath, Brown & Johnson, AUS: McMahon, Gorton & Abbott.
In ten years we’ll probably still look back with incredulity that the US had ever sunk so low as to elect Trump, but the world moves on and the bad ones are more or less forgotten. I suspect in three years America will have a comprehensive climate change policy, if they’re really stupid it’ll take six years, but it will happen. Australia? We’re not that smart, so who knows.

LBJ was anything but a bumbling idiot. He was an excellent and experienced politician. His civil rights legislation, the voting rights act, his immigration act and his War on Poverty were resolutely anti-racist and helped millions of Americans. It was the other war wot did him in.

A very sound rejection of the totally inaccuratr characterization of LBJ by the orignial post. Even critics concede Johnson was a political colossus, probably the greatest legislator ever to sit in the White House, whose education, environmental and civil rights programmes were massive advances. As one commentator said at the anniversary of Johnson’s landmark voting rights, America was going to have to end segregation but it was difficult to see how without LBJ’s leadership. Johnson also knew the political cost of the transaction, which would sunder the New Deal coalition – he said after signing the bill that the Democrats had lost the south and blue collars for at.least a generation.

You are wrong about LBJ. Apart from continuing the Vietnam war he had a record of progressive achievements.

“Is there some direct comparison between the two? Trump thinks so, calling Johnson “Britain’s Trump””

Pauline Hanson won’t like that, she reckons Trump is a take off of her very own self; and one of her big supporters is now in jail.

Not a big fan of much of BK’s writing, but he nailed it on this. Nice inclusion of a very apt Waugh quote.

Parasites is indeed the correct word. Both are also incredibly dishonest. Boris has no concept of the truth and has rarely told it, Trump has a history of crooked deals and corrupt practices which have been on the record for years, but which no one thought important apparently.