New UK PM Boris Johnson will have a hard time spinning old comments of US counterpart Donald Trump's 'stupefying ignorance'. Plus, other tips of the week.

The special relationship. “Boris and Trump will be allies. The President had very warm words to say about him, even calling him the ‘British Trump’. Expect good relations between the two.” So said Sky News’ resident US expert Bruce Wolpe following the rise of toffy prat Boris Johnson to prime minister of the UK, the office he somehow couldn’t avoid getting. Indeed, Trump has responded warmly to Johnson’s win, because it reflects how much “they like me over there”. There is at least one key way in which they are similar — beyond both being buffoonish grifters. Just as there is a Trump tweet for every occasion, there is a Johnson breach of foreign affairs etiquette, and The Washington Post has compiled a cracking list of them with regards to the US president:

The most-trafficked Johnson quote about Trump came after Trump wrongly said in 2015 that there were ‘no-go’ zones in London where police wouldn’t go because of Muslim extremists. Johnson, who at the time served as mayor of London, said Trump demonstrated ‘a quite stupefying ignorance that makes him, frankly, unfit to hold the office of president of the United States’.

‘I would invite him to come and see the whole of London and take him round the city,’ Johnson added, ‘but I don’t want to expose Londoners to any unnecessary risk of meeting Donald Trump.’

He also responded to Trump’s Muslim immigration ban by saying “I think Donald Trump is clearly out of his mind” and that he would avoid certain parts of New York if they represented a real risk of meeting Trump. We’re looking forward to this coming up at their first joint press conference.

Wilson discovers inequality. Congratulations to Institute of Public Affairs sprog and erstwhile freedom boy Tim “not Geoff” Wilson for finally discovering that the wealthy shouldn’t be handed taxpayer money just for already having a lot of money. Wilson is now best known as the defender of the rorts and perks of the retired rich, having smitten hip and thigh Labor’s plan to end the franking credit scam enjoyed by whining yachties. But our brave tribune of wealthy boomers fighting the good fight against the vile hordes of people born after 1960 now objects to an increase in the superannuation levy because “the data shows the increase in [super] primarily benefits the rich”.

That stance is supported by research from Grattan Institute. Grattan Institute — which is enthusiastically invoked by the “no super increase” crowd when it suits them — also explained in forensic detail in its submission to the government’s inquiry into Labor’s franking credits policy, that the franking credits scam overwhelmingly — not just primarily — benefits the rich: “the wealthiest 20% of retirees own 86% of all share”. Still, we welcome Wilson’s conversion to the idea of not giving handouts to the rich, and look forward to him demanding that the current superannuation tax concession system, which still favours the wealthy even after Scott Morrison’s laudable reforms in 2017, be further fixed to close off generous loopholes exploited by… rich retirees.

You had one job. It’s hard, as they say in the classics, to get good help. In the AFR today you’ll find a strange piece on wage theft by Parnell Palme McGuinness, “managing director of PR firm Thought Broker”. It’s hard to make out what McGuinness is trying to say in the piece, other than to suggest that, somehow, the issue isn’t as black and white as it’s made out to be: “The Reserve Bank of Australia, bless its bureaucratic heart, is beavering hard to sort through the issues,” McGuinness wrote. “It recently ‘highlighted the roles of market dynamism and labour market fluidity in the determination of wages’.” McGuinness notes that “[the] RBA adds: ‘Policies that improve human capital will be essential to future wage growth, as knowledge-based work and artificial intelligence technologies become more important contributors to our economy'”.

Except, the RBA has said no such thing. McGuinness has confused Treasury, controlled by the Coalition government, with the independent RBA. It’s Treasury who has offered the cack-handed “it’s all workers’ fault” thesis on wage stagnation. It’s a speech by Treasury’s Megan Quinn that she’s quoting from, not the RBA. “We need to educate and train people to be more useful,” said McGuinness. So true.

Garnished with hypocrisy. We simply could not let it pass without comment. Matt Preston, George Calombaris and Michael Collins — sorry, I mean Michelle from Destiny’s Child… no, sorry, I mean Gary Mehigan — the trio of MasterChef judges whose decade of eating food, pretending that they don’t like it and then revealing that in fact they do like it means so much to us all, are leaving the show. According to Nine papers, “[the] trio — each on salaries in excess of $1 million –walked after [Network] 10 refused to up their pay by more than 40%”. In case you’ve been living in a underground lair with no telly or internet for the past few weeks, you’ll have heard Calombaris knows a little something about not being properly remunerated for one’s time, with the revelations of nearly $8 million in wage theft across restaurants he owns.

Also, remember when he was furious back in 2012 that the Fair Work framework that replaced WorkChoices required a payrise to all his staff by reintroducing mandatory weekend penalty rates, saying — in “straight talking multimillionaire”, rather than “contrite boss” mode —  it’s “not like they go to uni for 15 years”. Imagine, the entitlement of it! Apropos of nothing, MasterChef‘s ratings have plummeted this year. 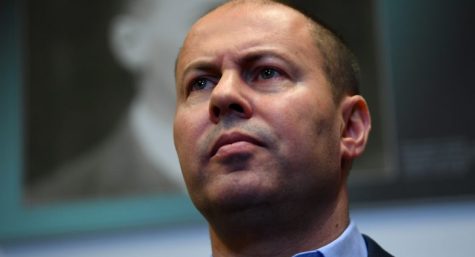 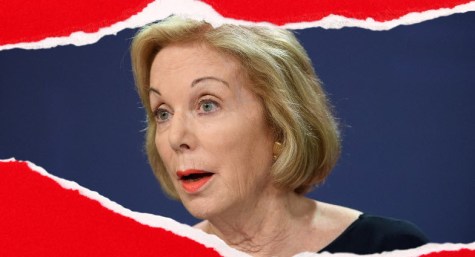 I am misunderstanding the irony here? What is useful about what Parnell Palme McGuinness does?

lloydois
Reply to  Been Around

Brokering thought is a key skill for the new millennium.

we now have Scomo, Bojo and Dumbo, the new trifecta in world politics, god help us all.