Ten announced the departure of MasterChef's long-running judges in a bid to bolster the show's sinking ratings. Was it worth it?

MasterChef Australia ended its 2019 season Tuesday night to disappointment, to say the least. Seven’s House Rules (which also ended Tuesday) will be back in 2020. But will MasterChef? Consider Australian Idol and Big Brother: once high-flying ratings powerhouses, now just memories gone to ratings heaven.

Ten made sure that part two of MasterChef’s finale was highlighted by the departure of the three judges Matt Preston, Gary Mehigan and George Calombaris. The latter’s wage theft problems in his restaurant empire would likely have been enough to see him depart in coming months, but the pay dispute with Ten saw it all come to a head on Tuesday. 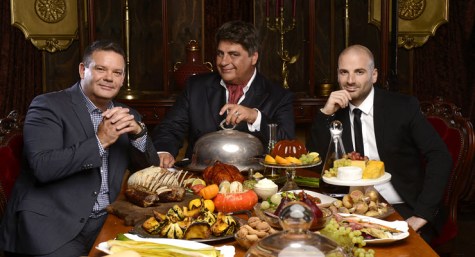 The winner’s announcement averaged a season-high 1.3 million national viewers. The show failed to get a metro audience of a million or more for the whole season. The finale lead-up averaged a solid 1.08 million across the entire two hours, with an overall average of 1.19 million.

But those figures — solid as they were — were down sharply from the 2018 finale, which saw the winner’s announcement average 1.57 million. That means the 2019 announcement saw 216,000 fewer viewers tune in, despite all the publicity on Tuesday afternoon and evening. The 2018 lead-up averaged 1.5 million — 312,000 fewer people tuned in this year.

Ten’s decision to announce the departure of the judging trio probably added several hundred thousand viewers to that total and it was helped by the blanket coverage yesterday in the media. It was a case where the bad news ended up being good news for Ten and the show’s advertisers and sponsors.

The three judges were reportedly angling for a 40% pay rise on top of salaries already in excess of $1 million each — a sign perhaps that they couldn’t see that the program was fading around them. The trio either didn’t understand the weight of disappointing ratings, or simply wanted out, hence the ambit claim.

So what’s next? Perhaps the smartest thing Ten and series producer Endemol Shine Australia could do would be junk the program completely and redirect its roughly $20 million budget towards new programming. Ten has been debuting more new programs this year than Nine or Seven (Five Bedrooms and My Life Is Murder for instance). Ten has made similar moves before: Australian Idol and Big Brother — both rating powerhouses, both gone to the vault for savings following ratings downturns.

Or maybe they could simply fill the judging quota by organising a talent quest as a “reality” program – MasterChef Island, Recipe Survivor, or Who Burnt the Butter? 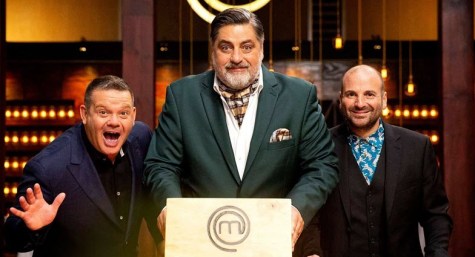 Ten (just) bounces back from the MasterChef finale

Glenn Dyer’s TV ratings: we only watch when we’re winning

How about a prog in which savvy young types spruik why they should be voted the funding for a course of study in some discipline which will benefit the Nation?
Or green army types competing to reclaim disastrously mismanaged farm land when yet another soil mining family has finally walked away from their denuded, overgrazed, arid & eroded mess?
In other words, a prog that adds something to the Common Weal rather than caters (pun not intended) for the owest common denominator?
Sorry, commercial TV, what a dumb idea!

The results of the viewing audience could have been low because we viewers in Adelaide had a power outage due to heavy winds it lasted well over an hour which ate into the program. I only got to see half the show. I am saddened that the show will not have this group of mentors i believe George did the wrong thing but he paid the price and that should be that. There shouldn’t be a need for vengeance just look at how corrupt our political parties are and what happens when they steal from the public purse NOTHING.

The government are also wage cheats by cutting the penalty rates for s section of workers – not all workers, just those that Morrison et al consider to be not worthy. They just get away with it because they make the rules mainly in favour of politicians.