The debate over Australia's deportation laws is tearing Australia apart from one of its closest allies — and it's only getting worse.

Where we have Australian citizens who are falling victim in certain circumstances where people are sexually offending against children, for example, we have had a big push to try to deport those paedophiles and people who have committed those crimes.

The groans of lawyers and migration agents from across Australia easily drowned out the piss-weak response from Anthony Albanese. The Labor leader certainly didn’t rush to the NZ Labor leader’s side when he replied, “We think that the balance is essentially right but it’s legitimate if there are issues for Jacinda Ardern to raise those with Scott Morrison. We don’t want to see this to be a partisan debate”.

Except it is. This debate is already tearing Australia apart from one of its closest allies, and it’s only getting worse.

A test of ‘character’

This all comes back to changes made to the Migration Act in 2014, which resulted in New Zealanders being deported from Australia or held in immigration detention on “character grounds“. Australian lawyers in the sector are quick to note that New Zealanders who committed serious crimes were always able to be deported back to NZ.

Reuben Saul, lawyer and migration agent, told Crikey “the 2014 changes were clearly about capturing a much larger group of offenders than just paedophiles. The vast majority of New Zealanders we see affected by these laws are not convicted paedophiles or murderers, they are people with complicated criminal histories, often strings of less serious crimes. They may have been convicted of less serious assault, theft or drug-related offences. 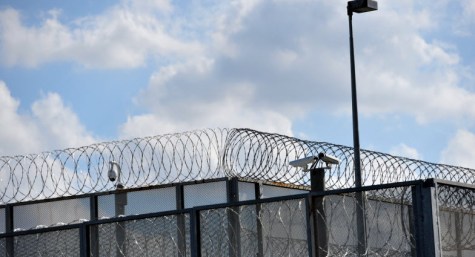 “Often these New Zealanders are making very real steps towards rehabilitation, only to be disrupted by the prospect of deportation to a new environment. They have often spent large parts of their lives in Australia. This is where their families and support networks are based, and it’s often the best place for them to move forward with their lives.”

Sydney lawyer Alison Battison has represented clients from a group known in the legal environment as “501s” who face deportation on character grounds. “The way the 501 regime’s being used at the moment is disastrous from a human rights perspective,” she says.

“There are many people in detention who have been charged with crimes but have not actually yet been to trial. I have argued with the department on many occasions that it is not the place of the executive to assume guilt and detain prior to the criminal trial. This is why we have separation of powers in our constitution.”

Battison says these arguments are consistently ignored and points out that “people caught by 501 laws include those who have stolen a frozen chicken because they were hungry and others who have stolen due to poverty.”

“I have come across many situations in which a person has been found multiple times by a tribunal to meet the character test or that there are other reasons why they should be granted a visa. Their case is then referred back to the department and they are rejected again — so the never-ending cycle continues.”

Scott Morrison has maintained that New Zealanders are not being targeted by these laws. Both Battison and Saul disagree, arguing there are increasing signs of New Zealanders being targeted even further. Saul notes that just last month, the Morrison government introduced a bill which broadens the types of criminal convictions caught by the character test to include certain offences carrying a maximum sentence of two years or more.

“That’s an extremely low bar which will see many more New Zealanders, who have not been in prison for 12 months, face possible visa cancellation,” he says. 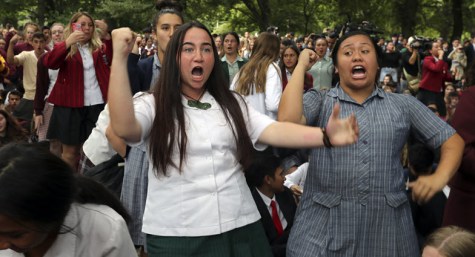 On Friday evening, as PM Ardern attempted to depart Australia, the Royal Australian and NZ College of Psychiatrists (RANZCP) issued a press release raising concerns over the mental health impact of deportation on NZ nationals. Dr Justin Barry-Walsh, chair faculty of forensic psychiatry and one of the NZ psychiatrists quoted told Crikey, “This policy has been a cause of concern professionally to me for some time. From a rehabilitative perspective the uprooting of people from the communities that they identify and are familiar with, and separating them from their family and those that are able to give them support increases the likelihood of offending again and elevates the risk of their illnesses deteriorating.”

Saul also advocates for this to be taken into consideration. “I don’t think this is about giving New Zealanders a free pass when it comes to meeting the ‘character test’. No one is calling for that. Rather, it’s about putting in place a framework that ensures decision-makers who cancel New Zealanders’ visas must take into account that the person affected belongs to a country with which Australia has long shared a special bond — especially in cases where the affected person has lived in Australia since childhood.”

After her meeting with Morrison, Ardern showed no signs of dropping the issue. “If something’s wrong and if something is not fair and is unjust, you don’t let it go,” she said. “New Zealanders look at this policy and just think that’s not fair dinkum.” 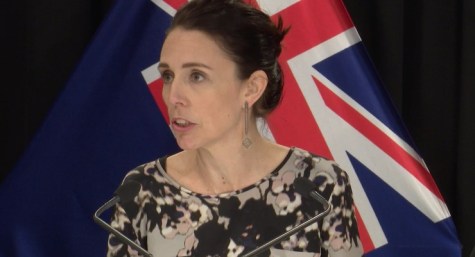 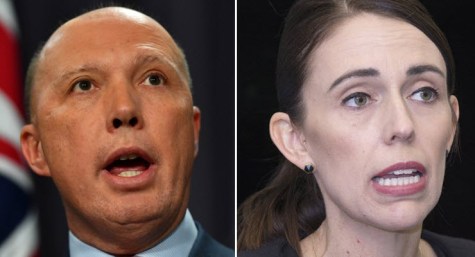 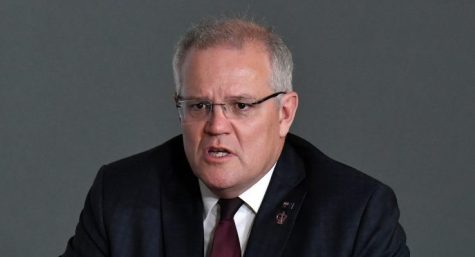 Let’s be clear. NZers have no issue with poorly behaving (you don’t even have to jail them) adult Kiwis being sent home. We expect it. You’d expect it of us if it was an Australian. However, due to the quirks of geography that put NZ alongside Australia, and the quirks of colonisation that saw us both developing in relatively recent years with a close cultural alignment, we interact at very high rates. At anyone time there can be 400-450k New Zealanders living and working in Australia. The vast majority positively contributing and paying tax, by the way. Sometimes NZers come over as very young children, they grow up to adulthood believing themselves to be Australian, they know no different. When those individuals misbehave, NZ simply asks that a case by case stance be taken regarding deportation. Do they have Australian partners and children? Do all of their family ties now reside in Australia? Do their aging parents live here? Those sort of questions, because sending these particular people back to NZ helps neither country. And, can inflict deep trauma on families.

When the Hawke Labor Government was elected, they legislated a criminal deportations policy which recognised that people who come to Australia as young children and grow up in Australia are considered Australians. Deportation was not considered as a punishment as the prison sentence serves that role; rather it is should be used for those who arrived in Australia when they were older and already had patterns of bad behaviour or who never adjusted to life in Australia and committed criminal offences.

This recognises that if a person has lived in Australia for 10 or more years, they are part of the community. If they commit a criminal offence, we might think that they are not very nice people but accept that they are ‘one of us’.

However for those liable for deportation, the questions Richard Shortt suggests should be asked were asked and were taken into account in assessing whether they should be deported or not.

Ruddock began the process of hardening the rules and Dutton, whose mind seems to spend an awful lot of time cruising in the gutter, of course relishes making it harsher and more inhumane all the time.

Dutton, Morrison and Pezzullo are hammers who can see only a world of nails. Abbott was the same, although now he’s only a feather duster.

They’re quite happy for someone who’s been raised here since infancy to work and pay taxes indefinitely, but if they commit a criminal offence, suddenly they’re a Kiwi and should be packed off back over the Tasman. Just a completely cynical ploy, and Jacinda Ahern is right to complain. I’m only sorry that the Labor Opposition is being so supine in this, as in so many other things.

I hope New Zealand is making preparations for the Christchurch murderer to be deported to Australia so that his sentence is served here, at our expense.

Thanks for the kind offer, however, if found guilty of the horrible crimes he is accused of he will, I trust, spend the rest of his life inside our prison system, never to return to the land of his birth.

The only reason I made that suggestion is that, as far as I am aware, many of the prisoners at the Goulburn Supermax are Muslim.

Prime Minister Arden’s point is particularly relevant after the worst crime in New Zealand’s recent history was committed by an Australian.