How are millennials supposed to keep believing in hard work and 'food dreams' when those with real power keep cooking the books?

My high school’s motto was “strive for the highest”. Most teachers preached that the only impediment to success was a failure to tuck one’s shirt in and apply oneself rigorously.

It was in VCE Literature where I first encountered a contrary narrative. Author Arthur Miller depicted characters deludedly wedded to the “American dream”, certain that if only they worked hard and innovated, prosperity lay just around the corner. Vindicated were those who spotted the con; those who saw that just as the cat almost clutches the ball of string, the owner pulls it beyond its grasp.

Millennials now feel similarly. Conservatives bemoan our decreasing support for capitalism, enraged by our perceived lack of persistence and economic nous. But the news provides daily reasons to mistrust the link between hard work and reward, on which the system’s legitimacy relies.

The cat won’t chase the ball in vain forever.

Last week’s headlines gave more reasons to doubt that our exertion and thrift will ever result in just compensation. Celebrity chef George Calombaris, a man famous for imploring mostly young aspiring chefs to strive relentlessly towards their “food dream”, was exposed for actively frustrating his own employees’ goals. 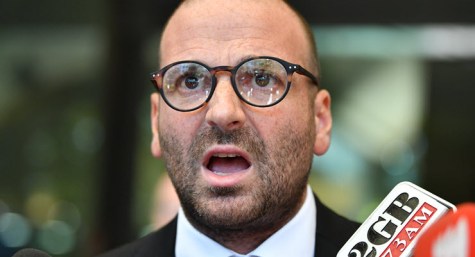 MasterChef and its reality TV counterparts implored us to believe in creativity and vocation. They encouraged the pursuit of one’s passions with vigour and flair, especially in the face of adversity. It was this that endeared the program to myself and millions of viewers.

George’s workers heeded his vapid exaltations to “boom boom shake the room” with their passion and skill, performing inhuman workloads and creating culinary masterpieces in the vain hope of a sustainable career. Yet George rewarded their grunt and finesse by stealing $7.8 million of their agreed compensation, causing many to leave the profession his show encouraged them to enter.

I experienced this slow-burning frustration firsthand when my hospitality employer stole my wages three years ago. I deluded myself for a while — if I persevered through the long, sweaty nights scrubbing food scraps off plates for $15 an hour I would be rewarded with greater responsibility, more hours, higher wages… There comes a point when you realise that the promotion isn’t coming.

My generation was taught that, on top of working hard, you also had to be responsible and forward-thinking. Private health insurers and their political allies capitalised on these values, positioning the absence of private health cover as an economically irresponsible risk, and instituting penalties to chastise the reckless. 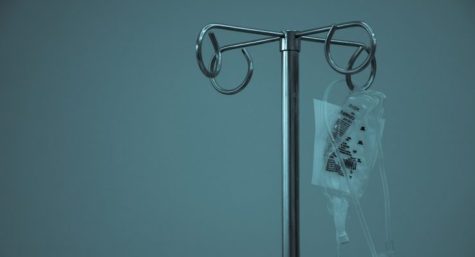 Yet recent research has revealed my generation’s waning enthusiasm to shell out the increasingly high costs for paltry benefits. Again, millennials saw through it.

I, like many of my generation despite popular perception, am not a natural risk-taker and prefer to guard against negative possibilities. Even so, I dropped my private health insurance two years ago after the price jumped significantly. It was simply financially irresponsible to continue.

If corporate Australia ever truly believed their own neoliberal prescriptions, they have shamefully undermined public faith in the values they so vehemently exalted. By diminishing reward for effort, Calombaris and his fellow thieves weaken the case for propelling oneself by working hard. By diminishing the returns for making “safe” investments, private health conglomerates undermine the very culture of individual responsibility they rely on.

I still believe, outside the provision of public goods, that markets have utility in many spheres of Australian life. But you can’t blame millennials for increasingly dismissing them as giant scams, when once-credible actors are caught out shadily conspiring against their interests.

Capitalists are ruining my generation’s faith in capitalism by failing to hold up their end of the bargain. If our corporate class wants us to have faith in the modern economy, they’ll need to stop flagrantly cooking the books. 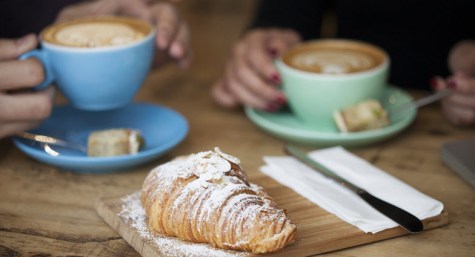 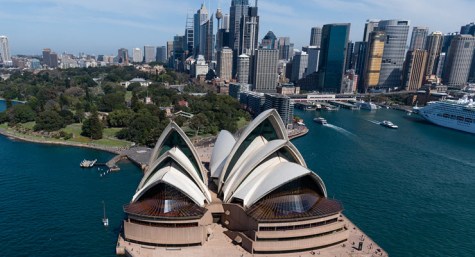 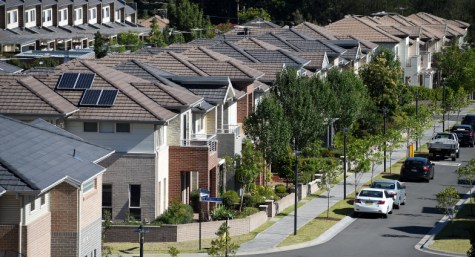 Capitalism as it stands must result in the destruction of our planet as far as I can see. The resources are finite, the environment is stuffed over much of the earth. Capitalism is based on exploitation to almost the point of slavery and infinite growth. This cannot hold. And eventually all the world will be educated enough to refuse to be the next slaves. See how the multinationals have shifted factories-Japan, Korea Taiwan China Bangladesh where next? Africa maybe, but not for long.

The way our society is devolving it could be be here – white trash making trash.

Capitalism is like a steam engine. Its great for achieving things, has fantastic power and can benefit a lot of people. But it needs regulation. Even engineers who designed steam engines knew that the machines needed regulators or they would just keep speeding up until they exploded.

Speaking as an over 60 year old, I still don’t understand the last election result and why millennials did not vote in force against the intergenerational theft being perpetrated on them.

“Speaking as an over 60 year old, I still don’t understand the last election result and why millennials did not vote in force against the intergenerational theft being perpetrated on them.”

I agree. Millennials are screwed. A couple of examples:

– I saw in the papers the other day in relation to dud apartments in Sydney, a pensioner who had just bought a $1mill unit he can’t move into. How does a person who can stump up $1mill get a pension ?

– an old lady we know has just been assessed for a home care package where the government will stump up $50k/pa. Depending on assets, you might need to pay up to $11k of that yourself, so say the government is tipping in $40k/year. I’m sure people in nursing homes get more government assistance.

I have a millennial niece, and it’s a fair bet that her and 3 or 4 of her friends are paying all their taxes just to support one old person.

Now, as someone also in my 60’s, I don’t want things changed so I end up living in penury, but the way things are, hardly look like a good deal for the younger generations.

Welcome to reality Benjamin. But it it is not only the young that Capitalism has failed. I deplore this tendency to see society in generational strata. We are all members of a society – the old, the young, the demonised boomers, the lot. Nonsense inter-generational politics only demonstrates an ingnorance of historical context. The do you think paid for the economic consequences of WWI? The younger generations that followed the participants. The same happened in respect of the Great Depression, WWII etc.

The fact is that hard work, alone, does not produce individual prosperity. What does is patriarchal inter-generational wealth and plain old dumb luck. If that was not the case, Australia would be teeming with self-made multimillionaires.

Your point that Capitalism has failed the young is only true to the extent that it has also failed all those without family wealth and and those of us that missed the kiss of Capitalism’s fairy. So stop moaning about be young and stop voting for the lies of neo-liberalism, demand serious action on saving the environment, stop believing that big corporations are good for society and stop the accretion of wealth to the top 1%. Then the young and all the rest of us that have not had the luck to accrue great wealth, despite having worked hard all our lives will see some social justice. And spare a thought for the predicament of the Blackfells and the desperately poor while you are have a weep for the down-trodden young.

Capitalism is running out of steam. Political steam, economics team and opportunities steam. A new ‘ism’ is needed to engage a disengaged cohort and to provide the opportunities and meet the expectations they have. Perhaps it will be a revamped, hipster form of an old ‘ism’ – socialism.

Seems obvious to me
Reply to  Richard Shortt

If we don’t take more care, and quickly, the -ism we will face is facism.

You appear to be pointing in the direction of utopianism.
Socialist utopianism seems to lead to the avoidable deaths – even killings – of a significant proportion of the population or to socialism-in-name-only.