The Judith Neilson Institute for Journalism and Ideas has awarded handouts to some of the richest media organisations in the country, including The Australian and AFR. It raises the question: what do they need the money for?

Both papers (plus The Guardian and the ABC) were among the 17 groups given grants from Judith Neilson Institute for Journalism and Ideas, an institute started by Sydney-based billionaire and gallerist Neilson, which “[champions] quality journalism and storytelling in Australia and around the world”. 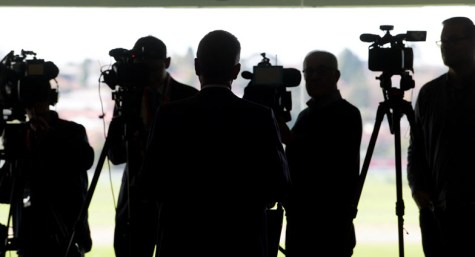 Is Judith Neilson’s journalism institute the start of a broader trend?

The AFR is owned by Nine, which was worth $3.29 billion at the close on Wednesday, while The Australian is owned by the Murdoch-dominated News Corp, valued at US$8.1 billion at close on Wednesday. The AFR’s stablemates, The Sydney Morning Herald and The Age also received handouts from the institute. It raises the question if other, less wealthy media groups missed out on grants as a result.

Even though the mainstream media is under growing financial pressures, Nine and News are giants, with cashflows of hundreds of millions of dollars a year. They are not struggling companies, despite all their bleatings about unfair competition from the likes of Google, Facebook and the ABC.

The Australian received a grant “for a new series that will examine the complex implications of China’s transformation, both inside and outside of the country”. The AFR will be subsidised to “reopen a South East Asia bureau in Jakarta that will provide deeper coverage of the major economic, trade, business and security issues in Indonesia and the region”. The ABC got one “to fund a media literacy program across remote communities in Western Australia and the Northern Territory”; The Guardian “to fund the appointment of a Pacific editor, the establishment of a network of independent journalists and the commissioning of major investigations to expand reporting on Australia’s immediate neighbourhood”.

Meanwhile, the SMH and The Age were awarded grants “to employ an Indigenous journalist and Indigenous trainee photographer to work with reporters in the newsroom on a series of news stories, features and multimedia projects”. 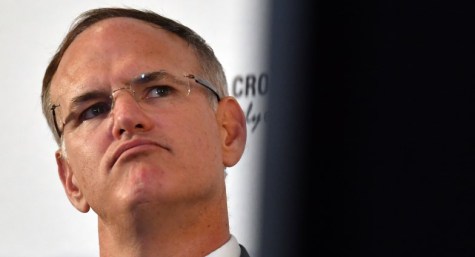 Of these, the most laudable are those for SMH and The Age and the ABC, the latter of which continues to be short-changed by conservative federal governments consistently supported by The Australian and AFR. While The Guardian remains under pressure, it has now moved into profit with the support of readers and subscribers. Meanwhile, what has been stopping The Australian from pursuing the China coverage it is now planning? After all, the paper has been boasting that it now has more subscribers (digital and analogue) than it had print sales at its peak, claiming its financial position has improved (especially after the raft of job cuts and staff departures this year).

The AFR put the news behind its paywall on Thursday. Could it be that editor-in-chief Michael Stutchbury (a fierce opponent of handouts, subsidies and welfare) was embarrassed enough by the story to hide it behind from non-subscribers?

This is a fucking disgrace.

CORPORATE WELFARE!! These chiseling failing businesses are a fucking joke. I notice that the newsagent in the Westfield shopping centre nearby where I live has closed down. Reason: people would sooner buy their crap online.

What are the chances the Judith Neilson Institute funds will return similar value ie: zero.

Zut…perhaps this Judith Neilson was a member of the Liberal Party, and this payment is for services rendered during the last federal election…from all the sources named in the article!!!!

This is no a taxpayer funded matter so what is the worry? If its a listed company maybe some shareholders may find it a bit annnoying.