How to skirt around a political donation ban

States are trying to bring the hammer down on political donations, but lax federal laws are giving donors easily exploitable loopholes.

Where there’s a law, there’s a loophole — at least, that’s the way it seems when it comes to skirting around political donation bans.

In a massive middle-finger to Queensland’s recent ban on donations from property developers, the LNP has created a “diamond membership package”. Property developers can pay to sip on cocktails and schmooze with politicians, without it counting as a donation.

And it’s not uncommon. Parties are switching to subscription and membership models where donors pay an annual fee for a number of events, which don’t need to be disclosed as donations under federal law. As states and territories create laws left, right and centre to try to crush donor influence, parties and donors keep developing ways to get around them and keep the money pouring in. 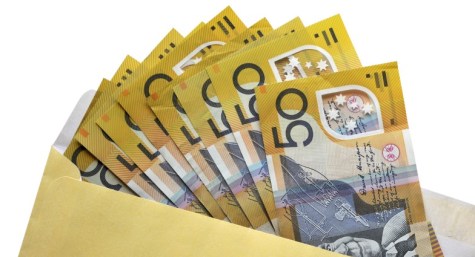 Here are some of the common tactics, and how they’re legal.

“Each state has its own donation rules and systems and is typically more restrictive than the federal laws,” says Grattan Institute senior associate Kate Griffiths.

For example, in most states donations over $1000 have to be disclosed. Federally, it’s $14,000. These federal laws are weak even by international standards. 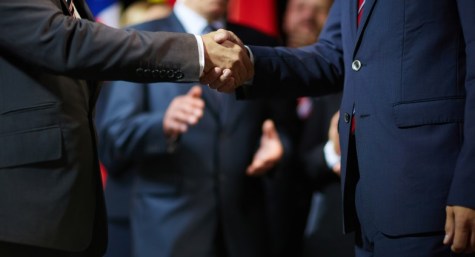 Pesky state donation laws can be avoided by donating to the federal branch of the party. According to Griffiths, donations go into a fund, some of which is then shared with the state branch regardless of whether the state had banned the donor. So in Queensland, a property developer could donate to the federal Coalition and expect the funds to trickle down.

But what if you’re planning to donate $50,000 to a federal branch and don’t want it disclosed? Easy — donate five lots of $10,000. There are no federal laws around declaring accumulative donations.

“Federal level donation laws are the weakest, and they undermine a lot of state laws,” says Griffith.

Banned donors, like property developers in Queensland and New South Wales, can get around blocks by making sure that donations benefit them directly. That way the cash spent isn’t classified as a donation, but as a fee for a service.

So how do parties keep track of all this mutually beneficial income? Turns out receipts are a grey area in donations. They include bank term deposits, union fees, share dividends, proceeds from property sales, and memberships. Some states, such as NSW and South Australia, require disclosure for subscriptions and memberships. Once again the federal laws fall behind.

Fundraising events, for example, don’t count as donations as the donor is getting something in return — they’re ostensibly there for dinner and cocktails.

“The value offer in that is you get to sit next to politician and talk to them about your concerns and theirs,” Griffiths says.

This allows the “donation” to be effectively laundered (though GST must be declared).

In recent years, a ban on foreign donations was put in place following scandals involving former Labor senator Sam Dastyari, who had a Chinese company pay for his travel expenses while he worked in office.

Elsewhere, both Labor and the Coalition were chastised for accepting donations from Chinese billionaire Huang Xiangmo after ASIO raised concerns of influence from the Chinese Communist Party. A federal law was implemented banning foreign donations over $1000.

The problem is, according to Griffiths, that this relies on self-reporting from the donors.

“The main problem is we don’t know if people are abiding,” she says. “If there’s no follow up, spit-checking or enforcing then we won’t know. The onus on the donor is problematic.”

Donors can also use a third-party lobbying firm to make sure their name stays off the disclosure log, too.

Even if everything is declared correctly and properly, there’s another problem: voters often don’t know about these donations before they head to the polling booths. Federal donations only have to be declared once a year — which is how Malcolm Turnbull’s $1.75 million donation to the Liberal party in 2016 slipped under the radar until the start of last year.

Disclosure lags are also how Tasmania had no idea its election campaign was largely financed by the gambling lobby until after they’d cast their ballots. This is partly self-inflicted — Tasmania is the only state which hasn’t bothered making its own laws regulating donations, relying on the lax Commonwealth system instead.

Other states have started to crack down on this loophole. Queensland was the first to implement real-time disclosures, with other states following suit and requiring disclosure statements within days of donations during election time.

States try to keep up with political influence but still struggle with exploitable federal laws. NSW, which has some of the strictest donation laws, has implemented donation caps.

“Even caps can be tricky because they’re a form of political expression,” Griffith says. “Low donation caps can be challenged in the courts. Getting the cap level correct can be an issue.”

Instead of limiting donations, the solution should be to limit spending.

How else are political parties circumventing rules? And how can the rules be made better? Write to boss@crikey.com.au and let us know.

Barry O’Farrell sticks his neck out on donations reform

Political donations legislation suffers from the same problem as the establishment of effective anti-corruption commissions: Both require politicians to agree to limits on themselves and their parties. So, I am not holding my breath waiting for reform.

Inevitably, eventually, there will be a Commonwealth Anti-Corruption Commission, but not until this inherently corrupt government is defeated.

Once a Commonwealth Anti-Corruption Commission starts work, the need for reform of political funding will become self-evident, even to the self-interested.

But leaving aside that considerable political obstructions, what is needed is the following:

Real-time disclosure of all revenue; donations, membership fees, investment revenue, function revenue etc etc, including the identity of the source of every source of revenue.

Public disclosure of the membership and finances of all political organisations; eg unions, industry bodies, GetUp! etc (only GetUp! does this now).

It may be slightly Utopian. But we must be allowed to dream to relieve the pain of this current dystopia.

Peter Wileman
Reply to  Been Around

and wouldn’t the dream be nice if a commission found that it’s rulings would be retroactive. aaaah dreams.

I’ve been around a little while. I can suggest, categorically, that the political system is corrupt to its core. You don’t have to look towards South America, the well-maintained lawns of Canberra and all of the State capitals will do just as well.

The simplest and most effective way to gauge the volume of money “gifted” to the political class, as with income tax, is not to try to evaluate the input. This can, and demonstrably is, disguised and laundered to the full extent of the shyster brigade’s amoral abilities as anyone not currently living under a rock would acknowledge.
Why not just see how the money is spent and guestimate the source & volume accordingly, receipts & other documentary proof of origin being welcome.
Expensive things, election campaigns and meeja swamping advertising, but at least it is the nature of the Beast that it is up front & public so easily assessable for justification.

It must be hard to be guided by your conscience when you haven’t got one?