Good morning, early birds. The Trump administration has made it more difficult for asylum seekers to seek refuge in the USA, and Australian Federal Police Commissioner Andrew Colvin’s resignation is under closer scrutiny. It's the news you need to know, with Chris Woods.

The Trump administration has announced it will take steps to effectively end asylum at the southern border by forcing refugees to instead seek asylum from “safe third countries” — with particular focus on countries asylum seekers passed through on their journey to the USA.

Following heightened criticisms over ICE raids, US-run detention centres, and deaths in custody, Reuters reports that the government’s crackdown against people who had not earlier sought asylum has been welcomed by Republicans but rejected by the American Civil Liberties Union, which announced its intention to sue. President Jimmy Morales of Guatemala — which is geographically well positioned to be one such “safe third country” — has postponed a visit to Washington DC where he and Donald Trump had been been due to discuss “immigration and security issues”.

Following Australian Federal Police Commissioner Andrew Colvin’s announcement yesterday to not seek an extension of his five-year term, a former high-ranking national security official has declared the top police officer saw “the writing on the wall” in regards to fallout over media raids.

The Age reports that while Colvin had told the secretary of the Department of Prime Minister and Cabinet prior to the May federal election of his intention to resign in September, a former official claims that in light of raids against the ABC and News Corp Colvin “knew that he was not going to be extended irrespective of who won the election, for various reasons”.

The announcement coincided with the ABC’s head of investigative journalism, John Lyons, revealing that the AFP raid sought fingerprints of journalists reporting on potential war crimes by Australian soldiers in Afghanistan, while Peter Dutton has since thanked Colvin as an “inspirational” AFP commissioner.

Australia is reportedly among a number of Western countries to respond to China’s 2018 ban on foreign waste by flooding other South-East Asian nations with electronic waste.

An ABC investigation has revealed “Australia sent 250,000 kilos of e-waste to Thailand in 2018, a 500-fold increase from 2017”, and sparked new fears of air and water pollution in a country activists say now hosts many illegal e-waste processing facilities.

The news comes amidst an escalating crisis in Victoria over toxic waste stockpiles, with The Age today reporting the state’s head of waste management believes local councils are just as guilty as “rogue operator” SKM recycling by continuing to send recyclables to the company despite it breaching environmental regulations.

But [windfarms] are very diverting to people who have an eye to the natural beauty of Tasmania and its landscape.

The Greens co-founder is still a fan of the cheapest form of renewable power, just not when it obscures his view. How you become Australia’s most powerful bureaucrat

“Your parents, Italian immigrants, with little education, must be enormously proud of you. They’ve toiled hard since arriving in Australia, working multiple jobs to support you and your two brothers. Your parents were Australian patriots and raised you to be one, too. ‘This country has given us everything. We owe this country everything,’ they tell you. They speak to you in Italian, but you’re encouraged to always respond in English. ‘This is our home. We speak English here,’ they say. The kids at school call you ‘wog’ and ‘dago,’ but this ‘casual racism’ doesn’t bother you. ‘Water off a duck’s back,’ is how you see it. You love this country.”

“Why did Treasurer Josh Frydenberg feel the need to co-opt the Reserve Bank governor Philip Lowe last Thursday for a photo-op to spruik the strength of the economy? Even the Financial Review wondered about it, suggesting that given both men thought the economy was so good, the RBA shouldn’t have just cut interest rates twice.”

“This is a familiar scene to me. The pictures bring back the gut-punch disappointment I felt when tagging along with a friend to an annual Hillsong conference. She’d described the event as a ‘massive concert’, but what I found was an ocean bed of teens swaying to mournful Christian-rock ballads in between lengthy lectures from 40-year-old grifters telling kids that Jesus ‘needs’ their money.”

Indigenous recognition: what, if anything, will Australians be asked to vote on?

How the changes in deeming rates will affect you

Our service men and women must still feel valued after they leave the military ($) — Richard Marles (The Daily Telegraph): “When Bradley Carr enlisted in the Australian Army as an enthusiastic 22-year-old from Charters Towers, could anyone have imagined that it would end like this? Not Private Paul Warren, who served alongside Brad in Afghanistan — and certainly not his proud parents, Glenda Weston and Wayne Carr, as they watched him don the khaki for the first time.”

$1m each would be nice – if only it worked that way ($) — Adam Creighton (The Australian): “Scott Morrison lauds the quiet Australians who carried the Coalition to victory, but there were plenty of poor Australians too. Despite booming house and share prices for a decade, the bottom third of households — about five million families — have less wealth than in 2009.”

Thredbo visitors need to think about climate change — Annalisa Koeman (The Sydney Morning Herald): “Thredbo made news last week by becoming the first snow resort to have all its major operations powered by renewable energy. This weekend a huge storm system dubbed the ‘Polar Express’ delivered 20 centimetres of snow to the alpine village on Saturday night.” 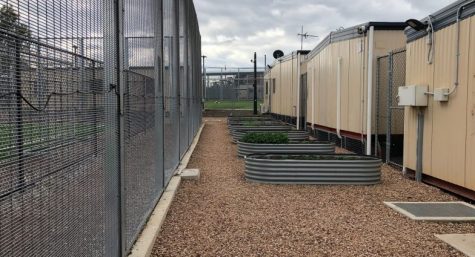 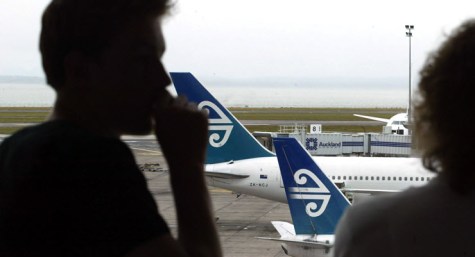