Queensland may have agreed to pay Indigenous workers whose wages were stolen by the state, but the national issue of reparations is far from over.

This week it was announced that the Queensland government would pay $190 million in stolen wages to about 10,000 Aboriginal and Torres Strait Islander people who had their pay given to the state under the historical so-called “protection” acts.

This brings to an end a huge class-action lawsuit that was initiated against the Queensland government in mid 2017. It netted less than half of what many historians estimate was owed but, just as significantly, saved elderly claimants a long trial. Of course, Queensland is not the only state to have had such acts.

From the late 19th century to as late as the 1980s, state governments across Australia controlled the wages and savings of the majority of Aboriginal and Torres Strait Islanders in Australia — where they could live, the kind of work they could do, where they could travel and who they could marry. Their wages were usually paid into a trust that Indigenous workers couldn’t access — and, in many cases, this money just disappeared. 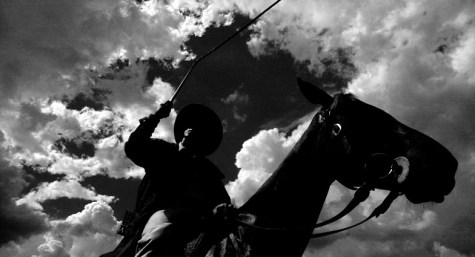 In 2002, the Beattie government in Queensland became the first in Australia to introduce a reparations scheme: the Indigenous Wages and Savings Reparations Offer. It allocated $55.4 million and required that any recipients sign a deed of release, exonerating the government from any further claims. Indeed, among those involved in the 2017 suit were people who had accessed the initial scheme. This could end up being a hugely significant precedent.

Some states have already engaged in reparation schemes. So how is the rest of Australia dealing with the blight of stolen wages?

In WA there was a permit system under which the government “rented” Aboriginal people to pastoral stations as free labourers. Until 1972, if an Aboriginal person did receive a wage the state could withhold up to 75% in government trust accounts.

The state established a reparations scheme in 2012. It ran for nine months and was subject to a series of arbitrary limitations (descendants of affected workers were exempt, as were various industries, and applicants had to have been born before 1958). Applicants often had to fight the government for the documentary evidence they were required to provide. For their troubles, successful applicants got a whopping $2000.

Documents leaked to ABC Background Briefing showed the government’s own research placed debt in the tens of millions (although researchers estimate it’s more likely in the hundreds of millions). A government whistleblower told the ABC that state treasury officials had agreed individual claimants were owed up to $78,000 each, and the Colin Barnett government had been deliberately delaying the scheme, waiting for claimants to die. Shine has been holding information sessions across WA this week.

For all the failures of the NSW reparation scheme (which took place between in 2006 and 2010), particularly around time limits, it had a big advantage over those in Queensland and WA in that it matched the wages withheld in trust funds between 1900 and 1969. It paid $3521 for every $100 owed; or, if an exact amount couldn’t be established, an $11,000 lump sum.

Despite a series of studies that uncovered a range of stolen wages practices — and the self-applied “most progress state in the country” title — Victoria has no scheme in place. According to Swinburne professor Andrew Gunstone Victoria was just as guilty as any other state — systematic underpayment, harsh conditions, compulsory payments to mismanaged trust funds. Further:

The Northern Territory has no scheme in place, despite having historically been the nation’s biggest employer of Indigenous people, and evidence of underpayment as early as 1945.

While the significance of the Queensland settlement is potentially huge, there are some serious issues confronting those seeking redress. One is practical; as UTS associate professor Thalia Anthony points out, Queensland has a rich archive of evidence, which may not exist elsewhere largely thanks to historian Rosalind Kidd. Indeed, there is evidence that records have been deliberately destroyed.

Another is whether the scale of what was stolen — which goes far beyond wages — can ever truly be addressed. Claimant Roy Savo told Crikey that a life under the Protection Act was a life that “wasn’t yours”. Professors Melissa Tyler and Leanne Cutcher, writing about the experiences of Yindjibarndi woman Bigali Hanlon, concluded:

Returning her stolen wages will not get back the years that she and her family, and so many others like them, have lost. Repayment will not enable Bigali to live the life she might have had in her own community, speaking her own language. It will not compensate for the sexual abuse and exploitation to which many stolen children were subject. But it is a step in that direction, and an important one. It provides some degree of recompense, recognising what has been done to Indigenous people and their families, communities and ways of life. But it is the start of a long and painful process, not the end of one. 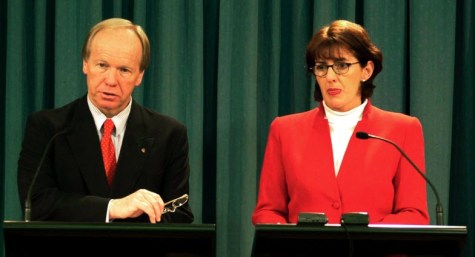 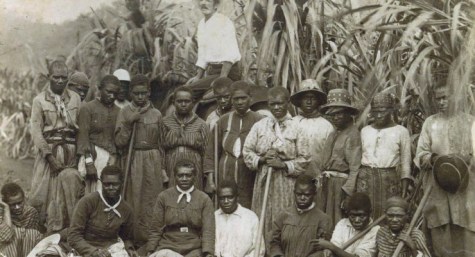 How the Australian economy was born on the back of slave labour. Yes, slaves.

What a sad article, and the sad truths that it brings up to the surface from our past to today. So sad?
The Aborigines, the Aborigines, the Aborigines.
These people are part of us. They are Australians.
To keep repeating the word “The Aborigines” you could swap that word for ‘The Martians, the Martians, the Martians.
The Aborigines are human and are of this land and of this planet.
From the article:
“From the late 19th century to as late as the 1980s, state governments across Australia controlled the wages and savings of the majority of Aboriginal and Torres Strait Islanders in Australia — where they could live, the kind of work they could do, where they could travel and who they could marry.”
We don’t live in South Africa with apartheid or do we? And now still, there are some Australians who think that the White Australia Policy is still law.
And how is the rest of Australia going when it comes to the return of stolen wages. Yes, the so-called white people. The employers are held to account and are pursued with vigour by the courts and with lawyers.