How to get a lenient life sentence

The crime might be the same, but the punishment depends on where in Australia you find yourself standing up in court.

Reserved for the most serious and atrocious crimes, a life sentence is supposed to be the pinnacle of punishment in Australia.

Replacing the death penalty, which was only officially abolished in every Australian jurisdiction in 2006, life sentences are reserved for serious drug traffickers, sexual offenders and murderers.

But for some observers, the reality of life sentences isn’t severe enough. Former Tasmania Police commander and member of the legislative council Ivan Dean has this week called for life sentences to be just that — life spent behind bars. His comments come after a spate of particularly gruesome crimes in Tasmania.

So what makes a life sentence “lenient”, and just how can you avoid living the rest of your life behind bars?

If you’re planning on committing a horrendous crime, it’s all about location, location, location. At first glance, South Australia, NT or Queensland might seem like the worst places to commit murder. These jurisdictions have mandatory life imprisonment for murder — meaning no matter how much your lawyer sweet-talks the judge, if you are found guilty of the crime you get life.

But, as Dean complained, life doesn’t mean life. A life sentence is often reviewable by an executive board, with judges setting non-parole periods. These periods can be anywhere from seven to 20 years.

But Victoria’s lengthy sentences still don’t make it the harshest enforcer. The worst place to commit a serious crime is NSW according to John Anderson, legal expert and former senior solicitor in the Office of the Director of Public Prosecutions.

“NSW is the harshest state in that a life sentence must be served for life,” he tells Crikey.

Anderson is pointing to the fact that in NSW, life sentences are indeterminate, meaning there is no fixed time of imprisonment. If a non-parole period is set by the judge, prisoners can be reviewed by a parole board intermittently for the rest of their lives until parole is granted. For truly heinous crimes, such as particularly gruesome murders, life imprisonment without parole is set.

The only way you could get out of that is royal intervention —  if the Queen or governor decided to pardon your sentence with the Royal Prerogative of Mercy.

“You’d have to be terminally ill or not represent any danger to society, be very elderly or in the last stages of life,” Anderson says.

Last year, Aboriginal man Zak Grieve was granted an eight year reduction on his non-parole period after Northern Territory’s Administrator Vicki O’Halloran exercised her prerogative of mercy. The judge found he was not physically present when the murder took place but had to be sentenced under mandatory sentencing laws. This means that he is still imprisoned, but will be eligible for release in 2023 — after serving 12 years for a crime he is legally known to not have committed.

Even so, a reprieve like that in Grieve’s case is incredibly rare. Backpacker serial killer Ivan Milat (who is imprisoned in NSW) has terminal cancer, but it’s doubtful he’ll receive any mercy from the commonwealth.

Choose your friends and enemies wisely

Make friends with the judge and enemies with the media: carefully cultivating relationships could be key to a reduced sentence.

“Courts are guided by the principle of proportionality,” Anderson says. “The sentence needs to be subjective to the harm caused.”

If an offender was particularly young, had a deprived upbringing or was a victim of the cycle of abuse, the judge may take this into consideration when setting a non-parole period.

Making enemies in the media can also reduce sentences, with judges taking into account how widespread and negative punishment affects the offender. Coverage which damages professional reputation presents a risk in prison, and which impedes recovery and rehabilitation can be seen as punishment in itself, prompting leniency.

Of course, if a sentence is too lenient, there’s always the risk of public backlash — as in the US case of convicted sex offender Brock Turner who, after being sentenced to just six months for assaulting an unconscious woman behind a dumpster, soon had armed locals camped out on his lawn.

‘Inhuman and degrading’: what’s the point?

The reality is that life sentences are no laughing matter. The European Court of Human Rights has deemed that a life sentence without the probability of parole is “inhuman or degrading punishment”.

Queensland man detained for over 40 years beyond sentence

“Essentially it’s the courts telling the offender that they’re worthless to society,” Anderson tells Crikey. “Their crime is so grave the only punishment appropriate is they be sentenced to the rest of their lives. They’re not capable of being rehabilitated, and they’re supposed to be considered forever dangerous.”

But predicting whether someone is or could be dangerous forever is problematic. Forensic psychology is not an exact science and as the European Courts found, prisoners should be able to reduce their sentence should progress toward rehabilitation be made.

“In practice, imprisonment terms of around 12 to 15 years have been seen as an adequate level of punishment for a person sentenced to life imprisonment,” Anderson says. “If a crime was so extreme you deserve a life sentence, it would take an exceptionally strong case to reduce that.” 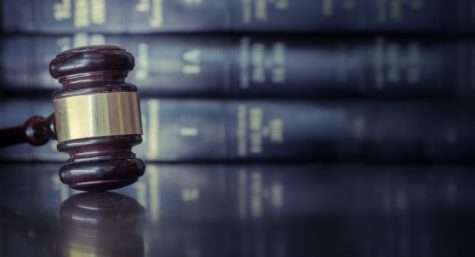