Good morning, early birds. FOI documents have revealed that Peter Dutton approved the same Border Force cuts he later condemned, and retirees are calling on the government to fix pension payments. It's the news you need to know, with Rachel Withers.

MAKE UP YOUR MIND

After the papers revealed cuts to border patrols in December, Dutton said the savings had not been sanctioned by him, stating, “I’ve given very specific direction to the Australian Border Force commissioner that we won’t be reducing those patrols at all.” Documents obtained under freedom of information laws reveal, however, that Dutton signed off on the budget measures the day before, despite warnings the changes would affect the performance of the department.

Retirees are demanding a permanent fix to pension “trickery” as the government prepares to make a decision on deeming rates, The Age/SMH report.

Seniors Australia is demanding a new, independent mechanism for setting the rate, used to work out the income made from financial assets to assess pension payments, as pressure mounts to reduce the rate from 3.25% to closer to the official interest rate of 1%. Seniors Australia advocate Ian Henschke told The New Daily that the government was short-changing pensioners: “How can you go to an election accusing Labor of having a retirees tax, when you’ve been running your own pensioner tax?”

New analysis by Labor shows that part-pensioners stand to gain between $62 and $3875 a year, depending on the size of their assets, if the government cuts the rate by 1.25%.

The UN has warned that climate change disasters are now occurring at a rate of once per week, with work urgently needed to prepare developing countries for the impacts, The Guardian reports.

The UN special representative on disaster risk reduction Mami Mizutori said that large numbers of “lower impact events” that aren’t grabbing headlines are nevertheless causing death, displacement and suffering weekly, with the cost of such disasters estimated at $520 billion per year. Mizutori emphasised the need for investing in “adaptation and resilience”, such as building global warming resistant infrastructure, with the window for mitigating many of these disasters behind us.

We obviously went to the election saying that we wanted to review it, (but) we lost the election. We’re three years away again from another election and being able to do something about it.

Labor’s infrastructure spokesperson tells Insiders that Newstart payment levels are unlivable, but fails to justify voting against their increase.

Only acceptable goal’: grants to boost healthy ageing for Indigenous

‘It’s a statistic that should be published’: Push for count of women killed by violence

Man charged after scaling Harbour Bridge in protest against Iran

“In extradition and extrication cases, Australia can use two methods: official representation or goodwill and relationships. In Greste’s case and that of filmmaker James Ricketson who was jailed in Cambodia, Australia used the Department of Foreign Affairs and Trade to secure the journalists’ release. In cases such as Sigley’s, Petrov said, there’s more focus on ‘soft power, communication behind the scenes, and goodwill’. ‘Countries like Australia are still treated as suspicious and distrustful because of our involvement in the Korean war,’ he said. ‘Official representation may not have worked, and diplomatic relations are often damaged by Australia’s participation in military exercises.’” 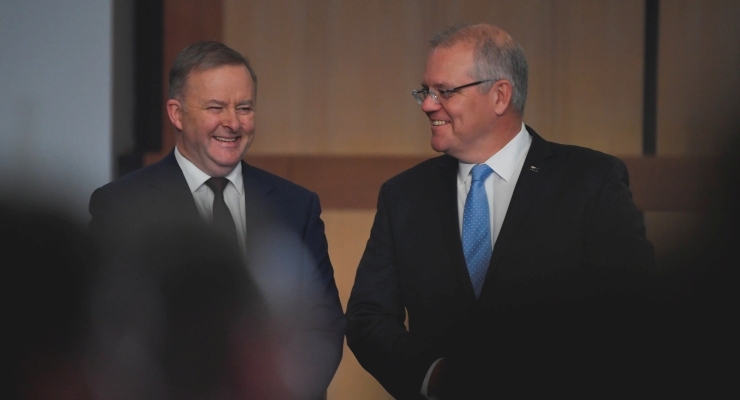 “If anything, the disaster of July 17 has made it clear that if we turn away from poverty and war it will eventually come to haunt us. In our world international terrorism as well as the unrestricted flow of weaponry have no regard for state borders, national sovereignty or human lives, and peace and security cannot be taken for granted.”

There’s only one way to deal with drugs to make Australia safer – Antony Loewenstein (The Age/SMH): “After a horrific summer that saw the death of many young Australians ingesting dangerous pills, the NSW coronial inquest into the tragedies begins this week. Pill testing could have saved these lives. The process is proven from countless trials in Australia, the US and Britain. I’ve spent the last four years reporting in countries that are being destroyed by the Washington-inspired drug war. From Honduras to Guinea-Bissau, the Philippines to Australia and the US to Britain, I’ve investigated how drug policy is used to marginalise minorities and the poor. Regulating and legalising drugs has the potential to fundamentally rewrite the narrative for a fairer and healthier world.”

Let’s give the public a taste of how a republic might work ($) – George Williams (The Australian): “Republicans should look for ways to resolve their differences and advance their cause before moving to a second referendum. They should look for ways to test different options and to remove links to the monarchy wherever possible. This has already occurred in some areas, such as through changing titles or oaths to make clear that public officials owe their allegiance to the Australian people rather than to the British monarchy. The next focus should be on how we appoint the governor-general and state governors. These representatives of the Queen are not subject to any form of public selection, and are appointed after nomination by federal and state leaders. This is inconsistent with how other public officials are chosen, and is at odds with the significance of these roles to the community.”

Money, votes and the ‘pendulum’ ($) – Richard Denniss (The Saturday Paper): “So if $53 million can’t buy a single seat, why do ministers debase themselves and sup with those willing to pay a few grand for the privilege of watching them eat? And why do political parties find it so hard to refuse donations from the tobacco, coal and gambling industries, even though in doing so they risk the wrath of voters by taking such tainted funds?”

Dutton is lying again.
Why not? There are no penalties, and the regime runs on distraction and dead cats.

Dirtbag at his best.