Beneath Labor's obvious struggles is an even bigger mess of factional warfare. Since Shorten went and lost the election, things have started to come apart fast.

Well Labor may be rolling over in parliament about raising Newstart — it would fail in the House in any case, but even so — but the struggle continues. The factional struggle that is.

With the shock loss by a leader whose only memorable campaign image was of him jogging in a “Chloe Shorten’s husband” t-shirt, the rather bizarre factional alliances that were holding the thing together are coming apart. No great surprise. All that held them together was the prospect of success and a share of the spoils. Now there’s a realignment on.

When last you joined us, the factions had rearranged because the Victorian Right — the Short-Con alliance — had fallen apart, with both Bill Shorten and Steve Conroy trying to get the first blow in. Shorten by elevating lawyer Kimberley Kitching to the Senate, and Conroy quitting while Shorten was in the Arctic on a tour of Canada. The fallout was followed — or prompted — by former SDA suburban warlord Adem Somyurek’s formation of a new group, the Mods, and to put together a right-wing alliance between his suburban branches, the AWU, the TWU and various smaller fry.

Somyurek had high hopes that this Centre Alliance would draw in Conroy’s scattered forces. When that didn’t happen, Somyurek and Conroyite lieutenant state MP John Eren confronted each other in the parliamentary dining room, there were rumours of butter knives being involved. 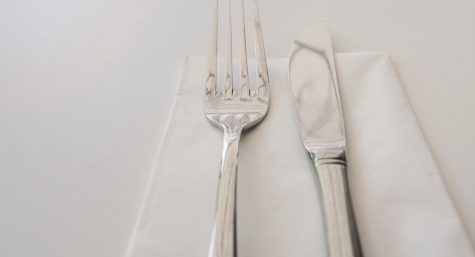 Night of the long butter knives for Victorian Labor

Things looked all go for the CA-IL pact, but then Shorten went and lost the election, and things started to come apart fast.

First there were ructions in the AWU about the deal locking them out of recruitment on new building sites, after the AWU had bled members in Queensland. Then there was dissent within the CFMMEU over whether being tied so closely to the ALP machine was doing the union any good. The push for a more independent stance came at the same time as Victorian head John Setka hit the headlines. Which was tricky because the CA-IL pact had been partly anchored by the longstanding personal friendship between Emma Walters (Mrs Setka) and Sharon McCrohan, Shorten’s longtime consigliere.

Others in the CFMMEU wanted the ALP link to remain, and hoped that the Setkas’ personal troubles (yes, OK Jane Gilmore, put the texta away: Setka’s guilty plea to a harassment charge) would finish him off. When it didn’t, a questionable accusation about dissing Rosie Batty was circulated.

But now the Cons are back, with kingpin Steve directing the inner party from exile in the gambling lobby. After deciding to stay out of the Centre Alliance, the Cons made a tentative deal with the NSW/National Left, headed by Albanese. The deal has seen Richard Marles, Conroy’s Stalin, make deputy leader, and a new push to regain lost branches begin. Lucien Wells, Conroy’s enforcer, has recently transferred from Conroy’s lobbying office to Marles’ staff to assist and not at all to keep an eye on Marles, the man Troy Bramston considers a thought leader.

What’s coming next is a hunting season on the right to break up the Shorts and the Mods, and grab the parts, branches and unions. A night of the long butter knives beckons. All this is dedicated to being match-fit to take on the real enemy, Kim Carr and the Socialist Left.

And it is also a prelude to the next big thing: a merger between the National Union of Workers and United Voice, for which voting begins later this month. That will create a new force, the UWU, which will displace everyone, and the process will begin again. 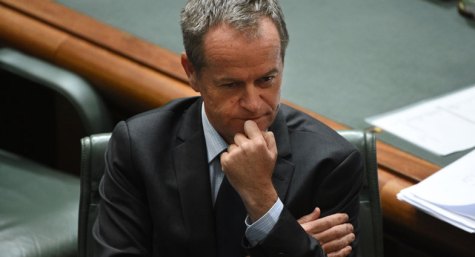 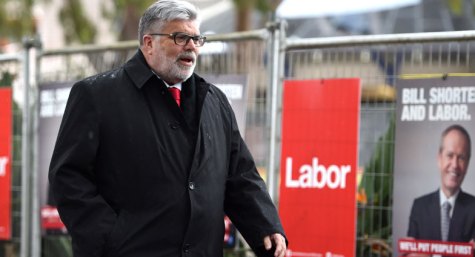 If you were starting from scratch, this probably isn’t how you’d organise and structure a political party.

I look forward to a no holds barred similar analysis of the Greens factional warfare.

You got it, over several articles in 2018, when we broke the story of warfare in the Darebin branch, the targeting of Alex bhathal, and the subsequent use of News corp by the anti-bhathal factions to destroy her candidacy in the Batman/Cooper by-election. And my colleagues covered the NSW Greens stoush

Nah mate take if from someone who has been in the greens for around eight years now, for all the media’s love of red baiting melodrama our factional nonsense, though vicious, is boring as batshit.

Just imagine a bunch of Boomer ex hippies, NGO officials and underemployed academics sitting in a community centre in some country town getting increasingly passive aggressive about how clapping at SDC is a breach of the safe spaces policy, while we spend half a day stopping some retired school teacher from blocking consensus on a completely arcane matter.

I’ve been waiting near 8 Years for some one to lock them selves in the mensroom while they feverishly doctor the minutes, while we try and batter down the door to get them back, no dice.

Has the Coalition offered you a Senate seat yet, Guy?

Sadly, no. Since commentators and cartoonists got Labor defeated, you’d think we’d have first dibs on Bernardis seat….

With all those priests about I reckon Bernardi keeps a very close watch on his seat.

Why is it that the Libs can tear themselves apart in public view and still get re-elected, whereas some factional manoevering on the Labor side makes us sigh and conclude they’re a basket case?

Because, no matter how much in-fighting, the Liberals have one clear unifying principal: make the wealthy wealthier. No matter how much they may hate each other, they will never break up. Greed holds them together.

Labor doesn’t have this clear purpose, which manifests in ambiguous political positions such as their attitude to Adani.

When you add factional in-fighting to wish-washy political stances, concern about the whole thing flying apart is quite justified.

I think the time for the political entity we call ‘the Labor Party’, as it was originally constituted, has now passed. The foundation of its power base – unskilled, semi-skilled and union-affiliated trade-skilled manual agricultural and industrial workers – no longer exists. Its raison d’etre – the improvement of the work and social position of those workers – is no longer valid. The Labor Party started out offering simple solutions to simple people: ‘improved wages’, ‘better health and safety’, ‘social security for those down on their luck’. That job is now done by parties such as One Nation.

We still need a major party that represents the values traditionally associated with the Left or social progressives: values such as egalitarianism, social justice and (more recently) environmental responsibility. We still need something to counter the crony-capitalist oligarchy that represents political reality in Australia today. I don’t think it will arise from the Greens as they currently are. I certainly don’t think it can come from Labor, mired in history as it is.

We need a new alternative.

Perhaps Guy can step up. ‘Prime Minister Rundle’ does have a certain ring to it.

This article absolutely nails it ! Bring on the Alternative .