Australia has a two-speed economy: iron ore exports are roaring along and services industries are piling on workers, but the rest of the economy, and especially construction and manufacturing, is in real trouble.

With interest rates now at 1% and calls for fiscal stimulus, what does the Australian economy really look like? The current picture is partly historical, but it shows an economy where services sectors and iron ore exports are performing well, while construction, manufacturing and household incomes are being hammered. Here’s a snapshot of the economy using key indicators (all trend basis unless otherwise noted).

Status: pretty much all bad, with apartment construction the worst, and the surge of infrastructure spending in NSW and Victoria is over.

Status: business lending remains good but banks have cut back on lending to households and households have closed their wallets, especially for major purchases.

Status: Jobs growth is strong, especially in Victoria and NSW, but confined to the services part of the economy and, as everyone knows, not translating into wages growth. Manufacturing is in real trouble.

Status: life is good for mining companies and the governments that enjoy tax and royalty revenue from them. For everyone else, good luck. The economy is flat as a tack and productivity has slumped. 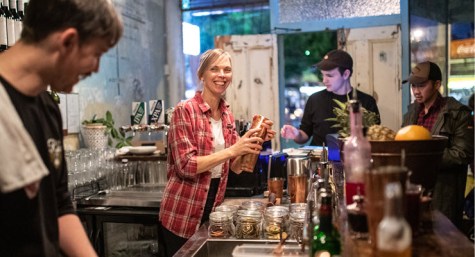 We’re a services economy, and becoming more so, whether governments like it or not 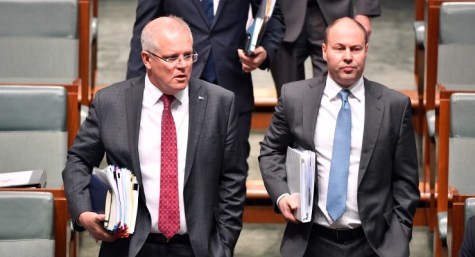 According to my figures (Trading economics) unemployment is at 5.2%, & I suspect that will rise given the recent cuts to penalty rates & changes to the HECS repayment threshold.

But those new jobs that would be unleashed from slashing workers pay and hours?

”Gross company profits grew 2% in March quarter and 8.8% in year to March.”

Yes, it depends on where one looks – and God forbid this government and their media chorus line would look at the larger negative side of reality, or the even bigger picture – reflecting their failings.

“Economic stimulus”? With household savings down? Where are tax cuts going to go if not to try to replenish them – even as the cost of living continues to grow apace.

“Approvals for apartments … were down 26% in the year.” Well, given that the suitcases of cash from overseas have dried up, that would still seem dangerously over-optimistic to me.

the sinking buildings aren’t helping either.

Hi Bernard, it peeves me when commentators fail to look at the real barometer of an economy, the ‘under-employed’. Given that the difference between ’employed’ v ‘unemployed’ is 1 hour of employment per week, is pure BS. The ‘under-employed’ are those that are capable and fully able to work, but can’t find the extra opportunities. The extra opportunities to add to our economy & taxes. From what I read, the combined ‘unemployed’ & ‘under-employed’ is around 18%+. Not pretty and will get worse over the coming 12 months. Sadly, my estimate is closer to 25%. Regards, Kerry