Niki Savva's dive into the events of the 2018 leadership spill reveals more than a few red-faced ministers.

Here in the Crikey bunker were frankly devastated at the prospect that publisher Hardie Grant was denied an insurance policy for the publication for Malcolm Turnbull’s memoir over concerns that it would illicit a “slew” of defamation claims. This potentially robbed us of surely the one good thing Turnbull could still do for the country — a serviceable, witty dirt file on his former colleagues.

Given Turnbull’s unblemished record of disappointing us all, we can be thankful for journalist Niki Savva’s new rock-lifting exercise, Plots and Prayers. The book resounds with the farcical buzz of that week last August when Scott Morrison became surprise prime minister at the expense of Turnbull and Home Affairs Minister Peter Dutton. 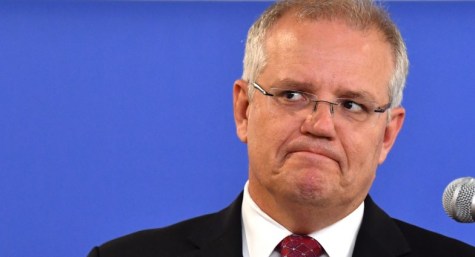 So how do the central players come out in the end? Here’s a few of our favourite moments:

The real standout of the book is courtesy of departed member for Stirling, Michael Keenan. Keenan reportedly told his WA colleagues — including Finance Minister Mathias Cormann and Attorney-General Christian Porter — that Scott Morrison was “an absolute arsehole” who treated him like a schoolkid. Savva writes that “Porter joined in, saying he did not think Morrison was a team player. Cormann said he had seen Morrison up close now, and, in his opinion, Dutton was better.”

The long-time Liberal deputy leader’s comments on the saga have a somewhat florid tone. She describes Cormann as “the ultimate seducer and betrayer”, as though it’s a regency drama and he’s just tiptoed across the ballroom to beguile a landowner’s daughter. Later, Bishop reportedly told Turnbull, as Cormann gave the infamous press conference abandoning him for Dutton: “I told all of you years ago that this is the most disloyal man and someone you couldn’t trust. I was always told I was wrong. I knew one day he would prove me right — I just wish it had not been today.”

Of course, no book about the Turnbull administration could pass without sharing more shambolic detail from former Nationals leader and human equivalent of a deleted scene from a Carry On film Barnaby Joyce. According to Savva, Joyce’s staff tried to keep him away from his adviser Vikki Campion by making separate travel arrangements for the pair.

Eventually, Natalie Joyce got wind of the rumours and showed up in Canberra to confront the pair: “Staff cringed as doors slammed. They could not hear exactly what was being said but they could hear the couple yelling.” Later, a colleague was able to convince traveling journalists that a tearful confrontation with his daughter during the New England byelection concerned a family health problem and not Joyce’s infidelity.

You may know Robert as the man who can’t keep his personal internet costs below $35,000 but is also in charge of the famously complex National Disability Insurance Scheme. But he’s also a huge fan of Morrison and a fellow Pentecostal Christian, telling Savva that minutes before the final spill, “we prayed that righteousness would exalt the nation … righteousness would mean the right person had won”. Many of the book’s quotes are either second hand, or remembered by participants, but this one was delivered straight to Savva. It’s unclear whether Robert took the opportunity to confirm the statement reported in The Australian: “if Dutton wins, we are in hell” at the time of the spill.

Poor old Dutton gets such a bad rap as a kind of callous right winger, just because of the suicidal children in off-shore detention and the fact that he says women are lying about being raped to get to Australia and just about everything else he ever says or does. He attempts to put the record straight in the following passage:

I am no further right than (John) Howard and (Peter) Costello. I am not the evangelical here, not out-and-proud on abortion, I voted for gay marriage, and I wasn’t going to bring Tony Abbott back. But you are framed with these things.

He also takes no responsibility for Turnbull’s ousting, by the way: “He blew himself up. In his last act, an act of political self-immolation, he demonstrated he had no political judgment.”

Whatever is thrown at him, newly appointed Minister for Indigenous Australians Ken Wyatt usually emerges with his dignity remarkably intact. So it was in August, and so it is in Plots and Prayers. He also comes away with one of the book’s better one-liners. In response to the suggestion that what separated Dutton’s and Morrison’s backers was that the former “plotted” while the later “planned”, he laughed: “In politics, you never plan; you always plot.”

We’ll leave the last word to Turnbull, who displayed his trademark genius for being catastrophically half-right on the subject of Peter Dutton. After former attorney-general George Brandis said, in early 2017, “For god’s sake, can’t you see this guy is stalking you?” Turnbull apparently laughed and insisted Dutton was loyal: “Don’t be ridiculous, George. As if Dutton is capable of being prime minister.” 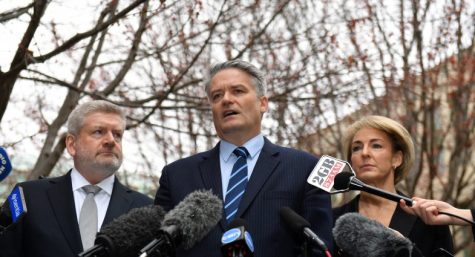 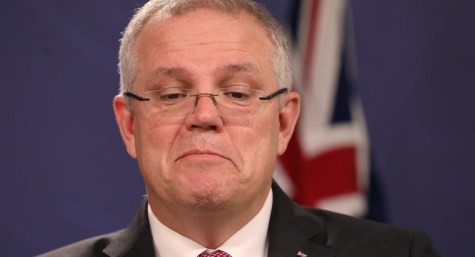 ScoMo is a go 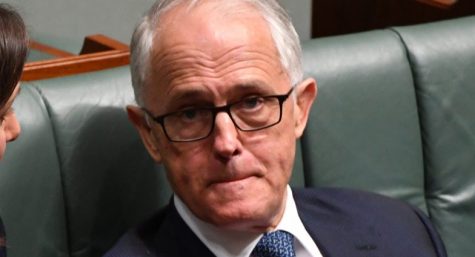 To paraquote something I read somewhere in recent days, Turnbull’s only consistent achievement in politics was that he never failed to disappoint.

Doesn’t Savva have it in for anybody dragging her Limited News Party into disrepute and bad PR?
Especially after Abbott was to get so far on the SFA he had : compared to the lack of similar peer recognition within the party for her “gifted” sainted “St Peter of Middle Class Welfare for Votes”?
What proportion of it is (politician’s????) hearsay : to fact?
…… And isn’t “our” ABC doing a great job advertising her book?
Who’d athought Morrison could be so devious ….. if you hadn’t been paying attention for years?

Dutton, “I am no further right than (John) Howard and (Peter) Costello.” Never thought I’d agree with the man on anything but there you are. He’s right about that.

Agreed. Sounds a bit tongue and cheek and should have read, “I am no further [extreme] right than Howard or Costello”. Keating didn’t call Howard a ‘desiccated coconut’ just to be funny.

Doesn’t it all bode well for the next three years? I can’t get the picture of Scumo and Cormann, less than 24 hours before their treason, swearing allegiance, with Scumo fawning all over Malcolm, swearing that his ambitions were for his leader. How good are religious politicians?

That was afore the cock crew thrice.