This week: East German Vogue, the rise and rise of weirdness, the farce of Uber, and the lies Beijing told itself in 1989.

FROM THE FOREIGN DESK

A new analysis of Chinese documents details the ideological and intellectual contortions the Chinese Communist party went through to justify its mass slaughter of protesters in 1989 even to itself.

By the way, it’s not just ‘Murica that has lunatic “sovereign citizens”; Germany has a growing group of fascists who insist the German state is illegitimate and they can set up their own mini-reichs.

Further to the east, political gravity is starting to pull Vladimir Putin back to Earth as Russians tire of repeated failures and economic stagnation.

Oh and the CIA wants to dramatically expand the number of people journalists can be jailed for identifying. Sounds fine…

So Trump nearly attacked Iran, but called it off at the last minute, then boasted about it on Twitter, before imposing yet more sanctions. Whether you’re a neocon, a paleocon, a liberal, a reactionary, a chicken hawk, an isolationist, a realist or a big jam doughnut with cream on the top, this policy incoherence is not good. Some takes on it from across the ideological spectrum in the US:

Will John Bolton be fired? It’s not as implausible as it sounds. Except, who’d be in charge then? Because there’s no one in charge at the Pentagon.

Did you see that story about millennials growing horns because they use mobiles so much? It was, of course, bullshit…

Japan’s fabled anime industry is in crisis (like many Japanese industries, a key problem is… lack of young people).

Some American guys took Michel Foucault to the Grand Canyon and gave him some LSD. A collision of magnificent scenery, unethical behaviour and chemical stimulation unfolds, illuminated by the intense luminosity of Foucault’s white skivvy.

This week’s Who Knew???: East Germany had its own fashion magazine, with a nice line in proper proletarian overall-wear. The Americans found out before us that opinion polling is suspect — but they’re still obsessed with it. Maybe that’s exactly how we’ll turn out despite the 2019 election.

Yet more “consultation” about Indigenous recognition now is a choice to delay and deny real reform. How one Indigenous community responded to a suicide crisis in its midst — and how that is being jeopardised.

Data recovery firms that promise to help unlock files for ransomware victims are actually just paying hackers. And a new US study suggests prisons have little impact on violent crime, even including the effect of incapacitation.

And the UK left reacts to the Tory leadership contest: allowing the memberships of political parties to elect leaders is anti-democratic (you could always, you know, join a political party and get active? No?). 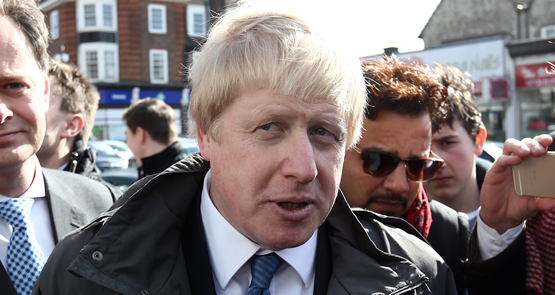 WEIRDNESS AND ITS ANTECEDENTS

Not merely are we now constantly bombarded with weird political and cultural events, but the normalisation of weirdness is straining our language to describe them.

Why We Went: in 1964, 17 rabbis and Jewish lay leaders travelled to Florida to join a civil rights demonstration amid divisions within Jewish communities north and south. This is what happened.

The more I find out about social media, the more I think the optimism I once held about how it would connect people was ridiculously naive and, in fact, a lot of people are just garbage. Behold: workers for a company that moderates content for Facebook broke non-disclosure agreements to reveal what a sickening hellscape the job is (warning: there are some disturbing parts to this piece).

For people who don’t suffer from anxiety, the debilitating impact of it is hard to comprehend. Shania O’Brien explains how it affects her.

This is a forensic dissection of the economic and financial catastrophe that is Uber: the only thing it is good at is inventing narratives about itself and the only thing it has disrupted is the idea that markets are efficient.

It takes a particular kind of wilful stupidity to use lame jokes to offend people and then complain that people are too easily offended — but that’s Melbourne’s hipster restaurateurs for you. On the subject of food, did you know that factory farming is not merely monstrously cruel but actually poisoning Americans?

Remember those Trump tax cuts that led not to wage and economic growth but a trillion dollars in share buybacks? For a while, tax cut spruikers like the AFR here were claiming companies were delivering extra bonuses to workers as a consequence of the tax cuts. Trouble is… bonuses for US workers fell by nearly a quarter last year.

What impact does working have on the stress levels of a therapy dog? Is there a need for a Therapy Dog Bill of Rights? And what does a working day look like for a therapy dog?

Trump, Morrison and Johnson – the best the right have to offer!

That such a close ally as Australia is working on a trade pact that excludes the US should be a warning to Americans who want to “keep America great.” They risk isolating themselves completely. The current US Administration abandons international treaties on a whim and slaps tariffs and unilateral bans that it calls “sanctions” on foes and allies alike. After choosing to create a crisis with Iran where there was no crisis by unilaterally abandoning a treaty that Iran, of all countries, was scrupulously honouring they threaten Mexico with tariffs over a non trade-related matter just after completing a trade treaty with them and now they are threatening tariffs against India just after relations with that country had more or less been normalised. They are threatening unilateral “sanctions” against both Turkey, a NATO ally and India if those countries buy a Russian defensive missile system. In Turkey’s case they are also threatening to cancel a contract to sell F35s. With the Turks that’s tantamount to saying, “If you don’t do what I want I’ll cut off my nose.” The predictable Turkish response to that, if you know Turkey, is “Cut it off then. Here’s a knife.” The Turks know they can get jets elsewhere, cheaper and with proven reliability and with less risk of suddenly, at a whim, having spare parts supplies cut off. They are even working on producing their own.

Thanks for the link to the Uber article. A bit too long and repetitive but by far the most informative read I’ve had this week. A must read IMO.

The world disaster that is Trunp foreign policy rolls on. The totally manufactured crisis with Iran shows him as a pathetic puppet of Israel and Saudi and oblivious to the well-being of millions of ordinary Iranians. The mindless cruelty of sanctions against Venezuela for no apparent reason or goal is just awful. Shame America.