Martyn Iles stepped in when GoFundMe dropped Israel Folau's campaign. Who is the new face of the Australian Christian Lobby?

Culture war stoushes, like the one still raging over Israel Folau’s homophobic social media posts, have a tendency to drag lesser-known figures into the national spotlight. The latest to get his 15 minutes of fame is Martyn Iles, the fresh-faced managing director of the Australian Christian Lobby. In the last few days, he’s landed high profile television appearances, and managed to get his face on the front page of Tuesday’s edition of The Sydney Morning Herald.

Iles’ performances on Sunrise and The Project haven’t been ideal: he voiced agreement with Folau but struggled to articulate just who exactly would be going to hell. But throughout the Folau affair, Iles has demonstrated the kind of opportunism that could make the Christian right an even stronger political force. The day GoFundMe shut down Folau’s fundraiser for legal fees, Iles and the ACL took over, raising $2 million in 24 hours.

Folau’s beliefs may rankle most people, but Iles is a reminder of the Christian right’s enduring potency.

Iles, who is named after a 20th century Welsh evangelical minister, grew up in a devout Brethren church family, although he now calls himself “denominationally confused”. After a stint running an IT business, Iles studied law and worked at a big law firm in Brisbane. His goal of becoming a barrister was put on ice when in 2014, at the age of just 24, he was poached by the Australian Christian Lobby to become its chief-of-staff.

Two years later, Iles began getting attention as head of the newly created Human Rights Law Alliance (HRLA). The organisation’s name was at best, deliberately provocative, a swipe at “progressive” organisations like the Australian Human Rights Commission, which Iles believes have neglected issues like freedom of speech and religion. In reality, the HRLA is modelled on the Alliance Defending Freedom, an American far-right organisation described by the Southern Poverty Law Centre as an anti-LGBITQ hate group.

One of the most prominent cases taken on by the HRLA took on was that of Kathy Clubb, a mother of 13 arrested under new Victorian laws for distributing anti-choice pamphlets outside an abortion clinic. The case went all the way to the High Court, who in April ruled that Victoria’s laws did not offend the Constitution’s implied freedom of political communication.

Early last year, just months after leading their unsuccessful efforts to thwart marriage equality, the ACL’s boss Lyle Shelton resigned and joined the Australian Conservatives, where he would lead another unsuccessful effort — this time to become a senator.

A 29-year old Iles took over as Shelton’s successor, at a time when the organisation’s power should be on the wane. Atheism has risen steadily over the last decade. An overwhelming majority of Australians are in favour of decriminalising abortion, and are strongly opposed to the Alabama-style picket lines Iles went to the High Court to defend.

The “yes” campaign’s sizeable majority in the 2017 same sex marriage postal survey ought to have been a death knell for the ACL’s ideology. Even among Christians, the ACL appeared to only represent only reactionary fringe. A 2017 poll of believers found most were in favour of same sex marriage, and opposed conservative groups like the ACL purporting to speak for them.

But even as their views appear increasingly marginal, this could still be the start of Iles and the ACL’s moment. Australia has a devout Pentecostal in the Lodge, and while same-sex marriage may be settled, the fallout — a culture war over religious freedom stoked by the Coalition and News Corp — continues. 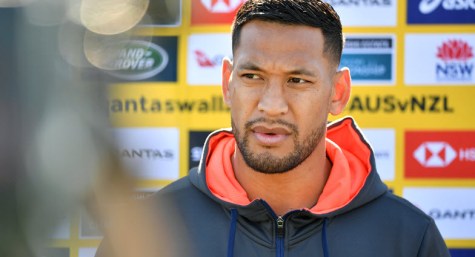 According to religious leaders, religious freedom was a “sleeper issue”, crucial to Morrison holding the marginal seats in the suburbs that paved the way for his shock election win.

It’s hard to tell just how important the ACL was in converting religious people’s fears into votes for the Coalition. But it is definitely part of Iles’ long-term strategy for the organisation. Right from the start of his tenure, Iles promised to turn the ACL into a grassroots political machine.

At the recent election, the ACL ran a highly targeted ground campaign on issues like abortion, religious freedom and Safe Schools, which homed in on a handful of key marginal seats — Boothby in South Australia, Canning in Western Australia, Petrie in Queensland, Chisholm in Victoria, and the Tasmanian seat of Bass. All were marginals Labor felt they could win, and on May 18, all went to the Coalition.

So while it’s the Folau affair that has given Iles and the ACL the most attention, their real power could be in the ballot box. And the longer Folau stays in the news, the better things could get for the ACL. The whole affair has given Iles an ideal opportunity to grow his profile. But it’s also given the ACL another hook for a narrative of Christian victimhood.

Will the ACL make any political traction in the next three years? Write to boss@crikey.com.au with your full name and let us know. 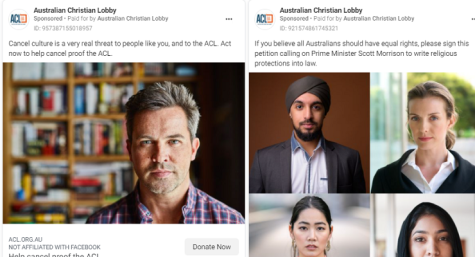 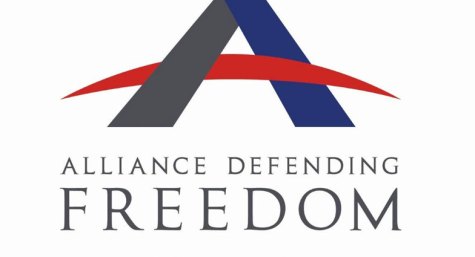 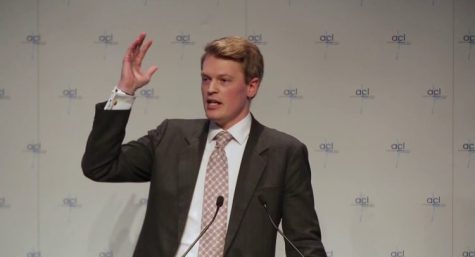 So odd, the font your article is written in made me read ‘Iles’ as ‘lies’. So I began in puzzlement. Still do feel puzzled – I think the whole Folau thing has been whipped up by the ACL and other far-right types who are still cross about same-sex marriage becoming legal in Australia. It seems vindictive and hurtful – and, dare I say it, childish and silly – to proclaim that certain people are going to hell. Australia is secular. We should not be giving this matter any more oxygen.

And I think the Government should stay right out of it.

The sub editor is extinct and predictive text like all AI has many flaws.

Sadly the ACL will gain short term traction on the back of vilifying minorities and their Old Testament hell and brimstone medievalism. Ironically, those of us who believe in love not hate, inclusion not exclusion, understanding not judgement and respect for all irrespective of race, gender, colour or creed need to calmly hold true to their values. Indeed as Ephesians 4:2 encourages us “ Be completely humble and gentle, be patient, bearing with one another in love” . Irrespective of one’s beliefs or lack thereof, love will always lead to everyone winning where as Izzy and his fellow Christian martyrs will hatefully celebrate to the detriment of those they seek to damn to hell and worse still purport to do this as loving Christians

If Folau was honest and capable of introspection he would realise that his ego, not God, made him post those comments. At the moment he hit send, he was acting to elevate himself by replacing God as judge.
Alas his knowledge of the religion he claims to represent is shallow.

Israel Folau is pretty good at taking the ball, when someone gives it to him, and running with it. Unfortunately though for the right wing Christian lobby, that’s not a metaphor, it’s literally the extent of his capacities.

Off field, Folua is no more than an inarticulate devotee of a simplistic, unkind faith. He’s no martyr to a great cause, just the puppet of a devious, fork tongued set motivated by resentment and challenged entitlement.

Yes. Sums it up well.

I understand $2million has been pledged so far for the ACL Crowdfunding exercise to support the IF legal costs Appeal. Does anyone know what has been promised to the contributors about the use of any unused contributions should all the money not be needed for the Appeal?

They have said they don’t know where extra cash will go, but that you can trust them it will be going to good causes.

From where do the ACL derive their funds? A cool $100,00 at the drop of a hat for an absurdity seems extraordinary.