Crikey readers discuss Peter Dutton's role in detention centres, and the build up of Russian power in the Pacific.

Crikey readers spent the weekend processing a week heavy with appearances Home Affairs Minister Peter Dutton. He cropped up in an ongoing spotlight on Home Affairs’ empire-building; in his ongoing war with doctors; in the incredible claims that there are no children in Australian detention; and even managed a last minute controversy after suggesting there are women in detention falsifying claims of rape and abuse. Readers didn’t hold back in their assessment. Elsewhere, readers discussed the ongoing growth of Russian power in the Pacific.

On Peter Dutton and detention

Maggie Deeth writes: I am very puzzled about Dutton’s constant claim that there are rapists, murderers and paedophiles wandering around on Manus who can’t be brought to Australia. If this is true, why is he not concerned about the danger to the locals on Manus?

Brian Brown writes: Last Sunday Peter Dutton tried to ramp up fears of “bad” refugees posing a terrible risk if they were brought to the mainland for medical treatment. As a former policeman he knows, of course, that real criminals who receive treatment are being held under guard in hospitals all over the country at any time and at a tiny fraction of the cost of the Christmas Island make-over. This is not a matter to pull legs over.

Kevin O’Sullivan writes: One Tuesday in 1997 I heard Philip Ruddock on the SBS news declare that that there were no children in detention, while proudly sporting his Amnesty International pin. That day I had been in Villawood counselling and consoling kids and their parents who had been witnesses to a use of force in the centre, a very traumatic event. We go on about Trump, but the capacity of Australian politicians to simply lie is breathtaking.

Angela Moore writes: Dutton’s overreaching national security legislations are of deep concern to those of us who respect our democracy. Adding to those concerns, his recent comment about women who are victims of rape in offshore detention is beyond-offensive. His stated view that those victimised and undoubtedly traumatised women who seek an abortion in relation to a consequent pregnancy are simply “trying it on” in order to seek asylum in Australia is a sad reflection of this man’s very concerning opinion of woman. That these vulnerable women, and indeed many other vulnerable people, are ultimately in Dutton’s “care” is sadly cause for considerable shame.

Joe Boswell writes: Michael Sainsbury’s claim of 36,000 tanks deployed for the Russian Vostok 2018 war games is unlikely. Russia currently has “only” 22,000  combat tanks in its entire military forces. It looks as though somebody has confused tanks with the estimated maximum number of all types of military vehicles used in the exercise. The actual number of tanks involved was widely reported as 900 to 1000. 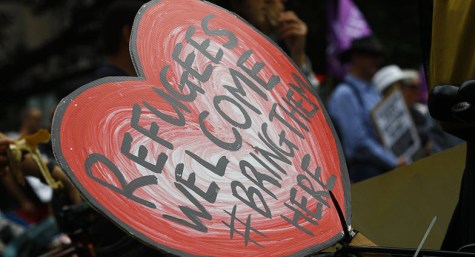