Is the Human Rights Commission about to lose a major gig?

Universities Australia isn't running back to the Human Rights Commission for the next stage of a university safety survey after the commission's first instalment left a lot to be desired. Plus other tips from the week.

Universities Australia plays it safe. It’s been three years since the Australian Human Rights Commission’s national survey into university safety found half of all students had been sexually harassed in 2016, and that one in 10 female students were sexually assaulted between 2015 and 2016. Now, Crikey understands that Universities Australia, who funded the project, has opened a tender process to find an organisation to conduct a second survey.

It’s unsurprising that Universities Australia aren’t running back to the AHRC. Back in 2017, Eryk Bagshaw and Nina Funnell discovered that the survey’s written submissions section hadn’t received final ethics approval — ironic, since most university researchers have to jump through multiple bureaucratic hoops to get their projects approved. In a letter to 39 university vice-chancellors and Universities Australia on Monday, Funnell — director of End Rape on Campus Australia — outlined 11 more problems with the original survey, which she suggests led to under-reporting.

It’s possible that a private corporation might take up the task this time. The University of Sydney residential halls hired Elizabeth Broderick & Co to run an investigation into college culture, while KPMG recently penned an internal report into sexual assault and discrimination at Australia’s most notorious student living quarters, St Mark’s College in Adelaide. Funnell told Crikey that “it would be horrifying if it was any group other than an expert body running the next study”. “If it went to a private corporation, that would raise serious concerns,” she said.

Married to the job. There’s an important local angle on scandal No. 36,883 sweeping the Trump administration. Andrea Thompson, the undersecretary of state for arms control and international security affairs, is under fire for failing to disclose her connection with Russian-linked Republican operative Paul Erickson when she was confirmed for the role.

Thompson is married to former senior Australian army intelligence officer retired brigadier David Gillian, who now works with the consultancy established by former four-star US general Stanley McChrystal. The local angle? Multiple tipsters have told Crikey that Gillian and the McChrystal Group conducted a review of intelligence for the Home Affairs department that concluded earlier this year. The purpose of the review? We can’t find any official record of it, but one source says it was about how to structure intelligence across all Australian intelligence collection agencies to ensure nothing was overlooked.

Another suggests it was focused on Home Affairs’ intelligence-gathering. If the former is true, it does rather lend credence to the complaints of senior members of the intelligence community that Home Affairs is empire-building and trying to take control of intelligence collection agencies outside its remit, like Australian Signals Directorate. It’s also interesting that a US firm is said to have conducted the review. Australian eyes only? Hmmm…

Update: Home Affairs got back to us on Friday after some diligent fossicking and said there’d been no David Gillian or McChrystal review for them. So… for whom was it done?

One Nation’s ‘septic pustule’. One Nation has a real human resources problem. Western Australia MP Charles Smith is the fourth state MP to leave the party while in office, citing “enduring poor party leadership” as the biggest turn-off.

Unfortunately, unlike those who left before him, Smith lives in an age where social media is a thing, and wound up in a rather petty Twitter war following his departure. Responding to a tweet from staffer and former party candidate Rod Caddies about his resignation, Smith wrote: “You really are quite the bitter and twisted little man. Eaten up with jealously [sic] and hate because you were not elected. You have been smearing my character to Pauline for two years. You are a disgrace and liar. Nobody in One Nation likes you or Colin. They love me.” “‘Hear’ LOL you semi literate goon. You really are the septic pustule on the anus of vulgar society”, he snapped back at Caddies later, apparently overlooking the fact he himself had misspelled “jealousy” in his own tweet.

Still, it’s not the worst fallout One Nation has seen. Who can forget the time Senator Brian Burston said his former party “should be called Gone Nation”, or when Fraser Anning jumped ship hours into his first day on the job. By this point, it’s business as usual.

Going nuclear. Over the years, Crikey has been keeping a bemused eye on nuclear power advocates — who are largely economic innumerates who want governments to run power stations (this explains the latest outbreak of enthusiasm for a nuclear inquiry from the foolish fringe of the Nationals).

As part of that, we’ve kept tabs on the ever more absurd delays to the current round of nuclear power stations under construction in Europe. Take the new French reactor at Flamanville, built by beleaguered French nuclear giant EDF, which was already delayed and over budget when we first covered it in 2009.

Well, after further major delays over the last decade, guess what — it’s putative start date of the end of this year, when the first fuel was scheduled to be loaded, will be pushed back to 2022 because the French nuclear safety regulator has refused to accept EDF’s solution to major welding problems in its containment buildings.

Still, we’re all for an inquiry into nuclear power. The last major inquiry, launched by John Howard, found that nuclear power was only viable with… a carbon price. 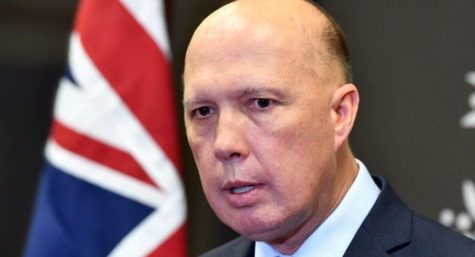 Ziggy voted down in public debate on nuclear energy

one nation is a poisoned political corpse with chunks falling off the rotting carcase, when a party resorts to accepting lunatics like Roberts and Latham there`s only one end in sight, it may linger on for a while , but as surely as the sun sets it will collapse and disappear into political history, and its increasingly looking like labor hit a lucky streak not winning the may election, scomo`s impending recession compounded by the conservative complete lack of understanding of basic economics and inability to blame labor anymore means another howard 2007 result in 2022.

Perhaps Universities Australia is after people who’ll do a proper survey that the public will take seriously. The HRC effort was amateurish and an insult to genuine researchers. It’s no wonder they avoided proper review though who’d want to take on that poison chalice ?

Worst of all the public still have no reliable idea of how much of a problem it is especially in relation to wider society. Would all the careerist urgers accept a finding that it’s no worse or even less of a problem in unis than elsewhere ?