The public school classroom has become a site of perpetual material malfunction and deprivation. Meanwhile, private schools are putting on productions of Oliver Twist in $47 million theatres.

Sydney’s Knox Grammar School has announced Oliver! as the first production to be produced by the school’s new performing arts centre. Oliver’s famous line of working class rebellion, “please, sir, I want some more”, will echo across the brand new $47 million facility later this year.

Meanwhile, here I am buying lead pencils for the 33 kids in my class so they have something to write with while the paint peels off the walls and the carpet is held down with masking tape.

The Coalition government will be “maintaining the historic role of the Australian government as the majority funder of non-government schools”. Under the Morrison government, private schools will receive $181.6 billion of federal funding over the next 10 years, compared to public education’s $128.8 billion.

According to Fair Funding Now, the Coalition’s brutal restructuring of schools funding will ensure 99% of public schools fall below the national resource standard while 99% of private schools will either meet the standard or exceed it. A student who performs well in Year 3 at a disadvantaged school will by Year 9 fall two-and-a-half years behind peers in attendance at a resources-rich school, according to a Grattan report.

Last year, my primary school colleagues and I were put on a compulsory 20-week “professional development” course mandated and funded by the government. Running during school hours, the course encouraged us to buy books for our classes from Amazon. The course was supposed to enhance our efficacy in delivering the literacy curriculum but was more like a weekly Tupperware party — the wares being various resources the school was deprived of in its budget. It was even suggested to us via PowerPoint presentation that we get down to Ikea at opening time on a Sunday morning to snag some cheap furniture for our classrooms.

The heavy lifting falls to parents too. At the start of each school year, parents are asked to supply their child with paper towel, tissues, hand soap, baby wipes, and other essentials. The items are hoarded in storerooms and beneath sinks; when they’re depleted, the teacher has to buy more. 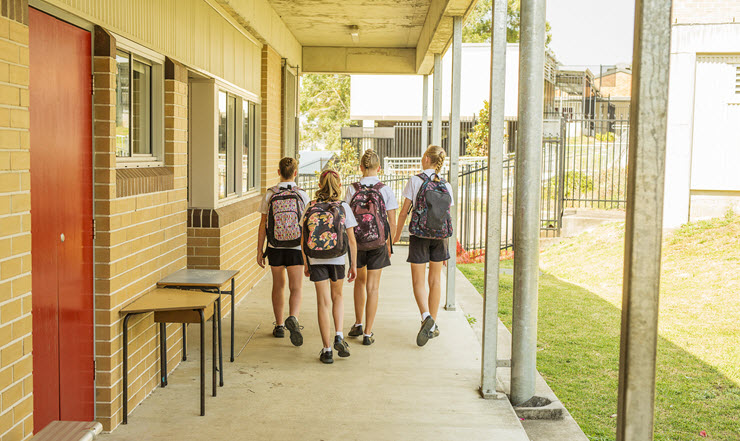 How much does an Aussie teacher earn?

Twitter erupted this week at the news of yet another independent school opening world class facilities while public schools scramble to find funds to feed hungry students (apparently it is not unusual for independent schools to have their own full-time barista though?). Teachers shared stories of being forced to fund everything from curtains to online subscriptions for lesson resources.

In my experience, the public school classroom has become a site of perpetual material malfunction and deprivation: broken air conditioners that never get fixed, insufficient computers (all of which are in various states of disrepair), pencil shortages, book shortages, classroom walls pockmarked by termites and disintegrating paint, carpet that is so old it has been worn down to expose the cement beneath — the list goes on.

I’m yet to work in a public school classroom in which every student can access a computer at the same time. Rare are the days that a child can pick up a working pen or pencil at any given time and write. The outrage is fair enough: in 2018 independent schools received 42% of their funding from the government. And yet these schools, which are also multi-million dollar private businesses, have the temerity to beg the taxpayer: please, sir, I want some more. Please, sir, I want a Macbook Air for every student.

In a report prepared for the Productivity Commission by the Grattan Institute this year, it was revealed “funding disparities have grown in Australia over the past decade, despite national bipartisan support for needs-based funding”. Fifty-one percent of disadvantaged students attend disadvantaged schools — that is, schools that report a significant shortage of materials have to somehow cater to the students with the highest level of need.

While more than twice as many students attend public schools, private schools receive the lion’s share of federal government funding. This insidious distribution deficiency is failing a majority of the school-age population. Please, sir, I want fair funding now.