Australians received more evidence last week that the news media are the big losers out of the political turmoil from the last 12 months — and that’s before we factor in the impact of the conservative parties’ surprise election win last month.

The 2019 Digital News Reports found that trust in news in Australia had slumped by 6% year on year to 44% percent. Trust in “News I Use” was not much better: 51%.

The reports were released last week in two steps: the University of Canberra’s Australian report on Tuesday and the global report from the Reuters Institute (which incorporates the Australian data) on Friday.

No surprises in the trust fall in Australia. The Reuters report found that just about every country with fractious political elections saw trust in media fall. It’s part shooting the messenger and part clear-eyed assessment of media failings in crisis. 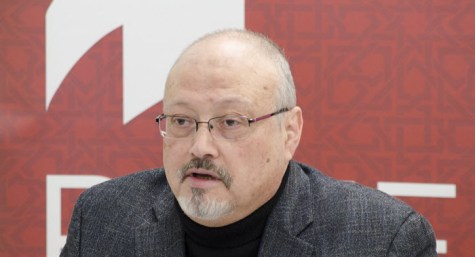 The two reports track media performance over a number of dimensions. Australians — like news consumers in most other countries — give our media high points for “keeping me up to date” (66% agree) and “helps me understand the news of the day” (57% agree) — perhaps a bare pass mark for journalism’s core task.

And media will be less concerned that 44% agree that news is “too negative”. Here’s a dirty industry secret: mass media consumers may say they don’t like negative news, but given a choice they’ll opt for it over the positive.

More concerning is the lack of enthusiasm for the topics the media actually chose to report, revealed through the double negative finding that only 24% disagree that “the topics chosen by the news media don’t feel relevant to me”. There’ll be some comfort that almost half neither agree nor disagree, but what does it say about “news” that almost three-quarters either don’t think or don’t know that it’s relevant to them?

Followers of the media’s coverage of Australian politics won’t be surprised. While the report suggests that many Australians have little interest in politics, those that are interested are more likely to follow news. We know that the more engaged consumers are likely to be frustrated with gotcha moments and rehashed party issue talking points.

The Australian figures show that television remains the major source for news, with a surprisingly widening lead over online. This perhaps explains the political power of all those action-man Morrison stunts on the evening election news.

The global report highlights that not all media are the same, and consumers know it. A fragmented media, it suggests, has followed voters by sorting themselves along a left-right horizontal axis and a populist-non-populist vertical axis. We can see this happening in Australia, with News Corp manoeuvring into the right-wing/populist quadrant.

How much readers or viewers trust a particular masthead or broadcaster depends as much on how their values and beliefs align with their news source of choice.

Trust rankings show, for example, that News Corp’s Sky News, Herald Sun and Daily Telegraph are ranked from about 7 to 7.25 (out of 10) by their readers or viewers but 5.79 to 5.96 by people who have only heard of them.

Charter-bound to the centre, the ABC ranks top for trust at 7.11 by those who have heard of it and 7.76 by those who use it for news.

The Australian report’s figures also show the full-year impact of Facebook’s algorithmic tweak in 2017 and 2018 to downplay news in their news feed, with only about half of regular Facebook users saying they use the social media platform for news, down about 5% on the previous year.

However, the federal election indicates that partisan political content may be replacing political news — fed by closed Facebook groups and paid political advertising or shared by friends and family.

The overall trust decline probably still has some way to go. It won’t be until we see next year’s figures that we can see the impact of, for example, the pending ABC funding cuts, the increased partisan barracking of News Corp and the price in trust the media will pay for its over-eager acceptance of all those advertising dollars pumped in by Clive Palmer’s UAP.

What can be done to improve public trust in media? Let us know by sending your comment and full name to boss@crikey.com.au. 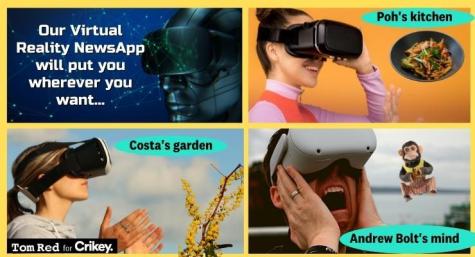 What will 2022 bring for Australia’s news media? 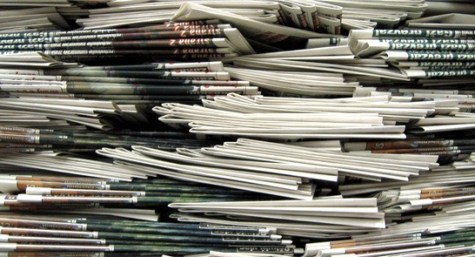 Trust in media: the best newspapers get worse, and the worst get better

I have zero trust any print or TV media that is controlled by Murdoch, and not much more trust in any media that relies of advertising for it’s existence.
It galls me considerably that I can no longer trust my ABC to give me the whole truth on important political issues, or to properly call out regurgitated propaganda and bald lies that it now consistently presents as “reporting” due to some nebulous concept of “balance”, as though it is now OK to balance truth and honesty with lies and deception.
Fortunately there are sources of journalism and analysis I do trust, and Crikey is one of them (well most of the time anyway – Bernard occasionally goes astray seeking decency in bereft outfits like the LNP).

You don’t need a report to show that the media is not what it once was.
Media is now about the mediocrity of going Digital. The advertising is not coming in so quality is depleted, and journalists get sacked, and stories are missed and the stories that get printed are only half done. Why not say it like it is, that the quality of journalism is shocking to deplorable and we don’t know where the bottom is.

I agree with you Margaret..
I do suspect that with online availability of news & media things will change..

I don’t believe that the media as it is can survive, it’s most likely to become fragmented & there will be smaller online outfits that (like Crikey) will change the landscape of media & how people receive their daily intake of news, as people are more likely to watch their grabs of information on tablets, desktops & laptops…

To me though this is likely to be a good thing as investigative journalism may be more intensive & more focused, which for our current federal government may not bode well..

Murdoch is so much part of False Facts That until he fades away from being seen as newspaper rather than viewspaper. Politicians need to be held to account for sucking up to Rupert yet when Shorten did that it got him no help in fact left him at the mercy of a vindictive Murdoch.
Would love to find a solution and am relying on Crikey and others with ethics to correct the state of play

“However, the federal election indicates that partisan political content may be replacing political news — fed by closed Facebook groups and paid political advertising or shared by friends and family.”?
Re that “feed”, why not include Murdoch’s Limited News (where opinion = news; prostituting journalism for banal personal influence) after referring elsewhere to it’s politicised “partisan barracking”, “manoeuvring into the right-wing/populist quadrant”.

Yes Klewso..
My whole thing is that the Newscorp should be fined & made to admit that they just make things up on the fly, the Herald Sun in my house is used as kitty litter liner as too me it’s all it’s any good for..
I find that being able to have a comments section in something like Crikey is really important as it gives subscribers an opportunity to give their opinions around important political & social discussions that are going on..
‘
This is important as opinion in the Herald Sun & Daily Telegraph etc are what passes for news & it’s it’s just the opinion of some too well paid, old white RW talking heads that don’t live in the real world..

Somewhat to my astonishment (with all due regard) I find myself in agreement with Margaret and THIS article is a case in point. There has been NO attempt to correlate the relationship (of decline) with the election much less PROVE the relationship.

As for the idiotic remark “However, the federal election indicates that partisan political content may be replacing political news” just WHEN, in the last 30 years, did any publication (this included) attempt to examine BOTH sides of any argument?.

To their credit both ScoMo and Shorten are only too aware that, on TV, political debate has nothing to do with “debate” per se – and that is all about “showmanship” as is all too evident with Sky, MSN or Yahoo news; even CBS. The ABC is wafting in the same direction.

The stupid journalist that prostitude their standards for the black prince Rupert in the hope and belief that he will show some loyalty in return and their jobs and professions would be saved ,are now learning the bitter truth, as the bias they show and print drives more and more readers/ viewers away they are summarily
disposed of and thrown onto the dole they used to bag for rupert and become one of the “DOLE BLUDGERS THEY BAGGED DAILY IN THEIR REDNECK T.V/PRINT RAGS” hoist on their own petard it seems