After the royal commission, the landscape has changed for regulators

From food safety to privacy protection to telecommunications provision, every form of regulation has stakeholders that need to rethink the way they operate in the light of the royal commission

We can all see how last year’s banking royal commission has shaken up Australia’s financial services sector and its regulators. But less understood is the extent to which the royal commission is fundamentally altering the relationships between regulators and the regulated in industries far and wide.

From food safety to privacy protection to telecommunications provision, every form of regulation has stakeholders that need to rethink the way they operate in the light of the royal commission (formally the Royal Commission into Misconduct in the Banking, Superannuation and Financial Services Industry). Regulators that previously used a light touch in overseeing industries will now face a growing expectation of enforcement, while regulated entities that previously took a casual approach to compliance will find a far less sympathetic environment.

Regulators and industries that fail to respond to the shift may soon find themselves facing immense social, political and economic pressure to act.

When he delivered his recommendations in February 2019, Justice Kenneth Hayne was unsparing when it came to the key regulators in the banking sector, particularly the Australian Securities and Investments Commission.

Several aspects of Justice Hayne’s commentary have broader application to regulators in all sectors.

For starters, regulated entities are not clients and regulators do not provide services. The client of the regulator is the government, and through it all citizens; regulated entities are not clients and should not be treated as such. While efforts should be made to streamline compliance processes, this should not come at the expense of robust monitoring. Dissatisfaction from a regulated entity is not necessarily a sign of a flawed process; it may, in fact, indicate the opposite.

It is also imperative that regulators are prepared to enforce the law. Too often legal enforcement is used as a last resort when all other options have failed. Instead, regulators should treat legal enforcement of responsibilities as a starting point, and only when there are good reasons to not proceed should an alternative be sought. Justice Hayne recommended (6.2) that ASIC should adopt an approach to enforcement that takes as a starting point the question of whether a court should determine the consequences of a contravention. A watchdog unwilling to bark is of little use.

When it does use discretion, a regulator needs clear objectives. A regulator that opts to not pursue legal enforcement needs to be clear about what it is hoping to achieve. While restoration for consumers is an important objective, regulators cannot lose sight of the role of deterrence in delivering better outcomes across whole industries. Justice Hayne recommended (6.2) that ASIC’s enforcement approach should recognise the importance of general and specific deterrence.

Meanwhile, a reluctance to accept an occasional loss is leaving regulators too cautious. Many regulators are reluctant to pursue legal action due to the risk that a loss would be costly and harmful to their reputation. But by taking such a strong aversion to a loss they are denying themselves potential successes. Regulators need a cultural willingness to tolerate losses.

Fundamentally, the culture of an industry can be shaped by regulatory action — and inaction. Through a reluctance to enforce regulations, ASIC had unwittingly encouraged the industry to continue to push the boundaries of what it could get away with, and thereby enabled a risk-seeking culture.

The royal commission went further than just identifying the shortfalls in regulatory practice; it also identified the barriers to effective enforcement.

One major constraint was a lack of resources to undertake tasks along the integrated compliance spectrum. Legal action can obviously be expensive, and a lack of funding left some regulators unable to pursue enforcement. Over time, through lack of use, the capabilities to pursue legal action were eroded, leaving some regulators reliant on external legal teams rather than their own staff. Enforcement policies and procedures had also become neglected, sometimes not kept up to date and fully functional.

Regulators will need to shift their posture regarding enforcement

So what will be the impact of the royal commission on regulators across all sectors? Our expectation is that regulators will be compelled to shift their posture regarding enforcement. We expect this to manifest itself in three ways, each reflecting an additional requirement of regulators.

Regulated entities should position themselves for change

As for regulated entities, they can expect the relationship with regulators to change, and that breaches of the law will enjoy far less tolerance. Here are four things they need to prepare for:

Business-as-usual is unlikely to return

The watershed changes identified are premised on the idea that the royal commission will seep deep into the public consciousness and lead to sustained changes in behaviour. Of course, it is possible the lessons are quickly forgotten and things return to business as usual.

But any regulator or regulated entity acting on this assumption leaves themselves highly vulnerable to a big shock. The new environment provides opportunities, but only to those who are prepared.

This piece was first published on The Mandarin. 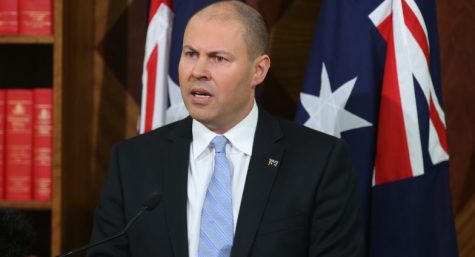 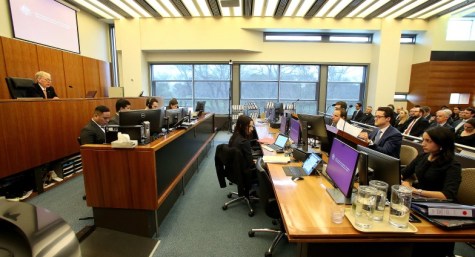 This is a badly researched article. I suspect the author is a consultant. Many issues but a simple example the article states “For starters, regulated entities are not clients and regulators do not provide services” . False – check this site https://asic.gov.au/about-asic/what-we-do/how-we-operate/asic-industry-funding/ . This article does not meet the standard that I expect from Crikey.

All this analysis is sensible and, indeed, obvious even without the Hayne RC. But the rub is that any regulator must be adequately resourced to discharge its legislated charter. All these neo-liberal muppets in government need to do to ensure business-as-usual is to cut funding to key regulators to appease their clients, big business. I bet that is exactly what happens.

There are a lot of wet lettuces available in Sydney at the moment. The regulators should snap them up.

I can only hope that the actions of regulators and the regulated do indeed improve as you outline, but I’ll only believe when I see State heritage and environment regulators finally accept the people are their clients, not the white shoe brigade, and act accordingly.

In October 2017, Cayman Island Mal Turnbull appointed a fellow Liberal as the head of ASIC. A former Golden Sacks bankster like himself in fact. The son of former Liberal MP Roger Shipton.

A Liberal Party donor, friend of Mr Turnbull and player in the 2009 “Utegate” scandal.

Don’t expect any change in regulating the banks.