A message from the editor of INQ

At a time when newsrooms are being crunched, fake news circulates in sleeper cells, and media ownership in Australia shrinks, it’s refreshing to work on a project like Inq.

Funded through generous philanthropic shareholders with a mission to serve public interest journalism and a healthy respect for the readers intelligence at its heart; Inq is a unique beast.

As editor, it’s been refreshing to throw the rules out the window and approach stories from an entirely different perspective. There’s no doubt that what we’ve embarked upon is a huge experiment. We’ve been tinkering on many fronts — first of all we have been working hard to bring the concept of “inquiry” journalism to life.

“Inquiry” doesn’t just mean “investigative” with a new name. This isn’t just about gotcha pieces and corruption yarns. Inquiry simply put, means diving deeper. There are lots of people waiting for an opportunity to tell their story, but in the 24/7 news cycle, they never get asked. Or they are reduced to a sound bite.

We’re looking to do things differently.

A number of our reporters have been putting their heads together to come up with innovative ways to bring you stories from our myriad cultural communities in a consultative way — helping people discover their voice and working with them to make sure their message cuts through the media instead of being distorted by it.

We have spent weeks (and in the future, it’ll be months) tackling meaty topics, carving a story up piece by piece and examining the findings to help make sense of complex industries, personalities, legislation and data.

And we’ve taken the unique approach of deliberately being a few steps behind the media semi-trailer, picking up the pieces left behind and looking at the “how” and “why” of a story, rather than just reporting “what” happened.

Inq is just as much about collaborating and curating as it is about breaking new ground. It would be naive to think that we could fix the world’s problems all on our own! Over the coming weeks and months I hope to bring a range of experts into the tent to work with our team, to cultivate for our readers a greater depth of knowledge and to work with other media to broaden our publishing platforms, offering you variety and accessibility.

Joining me in the experiment is an incredibly talented team of journos, who I am so excited for you to get to know over the coming weeks and months. At the helm we have Suzanne Smith, a multi-Walkley Award winner; and investigative heavy-hitter, David Hardaker. They are joined by Georgia Wilkins and Kirsten Drysdale, who are both experts at cutting through corporate BS, and dogged researchers and diggers. Kirsten has so far made herself an almost permanent fixture at the Newcastle courthouse. Together they will be leading a group of the most talented graduates I have ever worked with, Amber Schultz, Jennine Khalik and Justine Landis-Hanley; all of whom have already published incredible bodies of work. And finally, strengthening the team will be some faces you know and love — Charlie Lewis, Emily Watkins, Kishor Napier-Raman and Chris Woods, whose work I have been eagerly following, and who have played a vital role in shaping Crikey’s distinctive voice.

But our most important contributors (who I am looking forward to getting to know) will be you, our readers. I have been going through thousands of responses and emails from subscribers, and I have come to understand that you’re incredibly engaged bunch and that you’re highly educated.

I know that we’ll need to challenge you to keep you interested; to bring you stories and ideas from the far corners of the country — not just the Melbourne and Sydney bubble. We have a lot to live up to, and I hope that you hold us to account.

I have been able to get a real sense of the Crikey community that exists between our team and our readers, and I am grateful for your tips and your ideas — many of which we are actively following up.

I look forward to hearing more from you, and I hope that you enjoy reading Inq as much as I love bringing it to you. It’s going to be a hell of a ride!

​​​Lauren has been a producer and chief of staff at The Project on Network Ten for just over 4 years. Before that, she worked in television production, trade magazines and communications. She has the job of running the INQ team across 4 locations, and three states​. 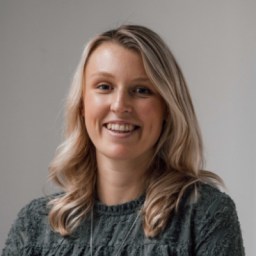 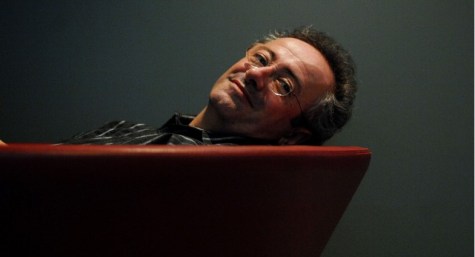 Hi Lauren, Am looking forward to team’s impact. Have been a Crikey subscriber for better part of Crikey’s existence. Last month did not renew subscription. And then along came INQ. Have taken advantage of free 25 day subscription. It’s the untold stories behind ‘the stories’ that draws . . . for if community has no access, awareness, of the “motivational” drivers; an informed response always questionable? I know this to be true.

May you ride in fear knowing; saddle is secure. Graeme

When newsrooms are closing, fake news is distributed as truth, and Australian media ownership shrinks, it is a challenge to work against such aggressors at INQ in a place where everyone thinks.

I am so thrilled by this, I can’t even tell you. This makes me very glad I’m a subscriber of Crikey. I look forward to what your team develops Lauren and to supporting it well into the future. This is a much needed balm to what is currently a dark media landscape.