Good morning, early birds. Australia has pushed for the UK to follow suit on its Huawei 5G ban, and new shadow Home Affairs spokesperson Kristina Keneally makes a case for immigration. It's the news you need to know, with Rachel Withers.

The Australian government and senior intelligence officials are secretly urging the UK to ban Huawei from providing equipment for its new 5G mobile networks, The Age reports.

Australian officials, including High Commissioner to London George Brandis, are arguing that the Five Eyes western alliance of intelligence-sharing partners — Australia, the US, Britain, Canada and New Zealand — should be a united front when it comes to the Chinese technology giant. Australia and the US have already contentiously banned Huawei (counterproductively, as La Trobe research fellow Stanley Shanapinda argued in The Conversation and Crikey last week).

US President Donald Trump, currently on a state visit to the UK, has allegedly also warned the UK against Huawei, according to The Australian.

Keneally said that having immigration sit beneath Home Affairs in the Coalition’s cabinet structure undermined the benefits of immigration: “Under this government, there has been a near-sole focus on those we exclude … but there’s a whole other aspect here about immigration and citizenship and the contribution it makes to our economy and our culture.”

Her government counterpart, Peter Dutton, has embarked on a “lightning visit” to Sri Lanka to stop the boats ($), The Australian reports. Dutton will meet ­with the country’s president and prime minister about people-smuggling, amid warnings of more boats heading Australia’s way.

A Federal Court judge has reportedly reprimanded Immigration Minister David Coleman over a case in which a New Zealand national was deported while a legal challenge to his visa cancellation was still underway, The Sydney Morning Herald reports.

In his judgment earlier this month, Chief Justice James Allsop wrote that “The [minister] must take responsibility for ensuring that no one is removed from this country while there are proceedings pending in this court challenging the validity of that removal.” Justice Allsop has ordered Coleman and his department to search for the man and inform him that his case is ongoing.

This is like going down to the local cafeteria there and often you get the first term, the day-one chicken — it’s fresh and the Abbott team is fresh and they were up for the job. Second day, it’s a little bit staler, as happens — still sitting there, being offered maybe at a cheaper price. This is term three, like day three of the chicken in the cafeteria but they’ve had to turn it into a casserole and pretend it’s new.

Swedish court rules not to extradite Assange for rape probe

“Morrison, invisible Treasurer Josh Frydenberg and Trade Minister Simon Birmingham have all gone missing in action as an increasingly erratic and unpredictable US President uses tariffs as a one-size-fits-all solution to any perceived domestic or international problem. Australia has readily fallen into line with the US war on Huawei (guilty of making the kind of surveillance-ready IT equipment for China that western governments like Australia’s want to force western IT companies to produce) and has stayed silent as Trump targets friend and foe alike with tariffs and sanctions.”

“Keneally is no stranger to politics and no fool: her upwards trajectory is due in no small part to her successful understanding of the NSW Labor Party’s factional machinations. In 2002, she was chosen for the NSW eastern suburbs seat of Heffron in a bitter contest against veteran incumbent MP Deirdre Grusovin, prompting a (quickly abandoned) Supreme Court challenge from Grusovin against the ALP’s preselection process. After being elected in 2003 and going on to serve as the NSW minister for disability services and planning minister, Keneally was pegged in 2009 as a potential party leadership challenger against then-premier Nathan Rees. She vehemently denied her intention to run all the way up until November 2008. But less than a month later, the NSW’s powerful centre-unity faction withdrew support from Rees and threw its votes behind Keneally who won the party room ballot.”

“The prosecution of Boyle is just the latest example of Australia’s long war on information. As was the case across many Western countries, Australia’s expansion of secrecy laws was triggered by post-9/11 fears about the spectre of terrorism. But Australia has gone harder than most, and since 2001 we’ve enacted more than 50 anti-terror laws — a number that experts say would have been “unthinkable” prior to 9/11.”

How many more people must die on Manus before Australia ends indefinite detention? – Behrouz Boochani (The Guardian): “I have never seen the refugees on Manus so depressed. Even when Reza Barati was killed, when that innocent man was sacrificed … that time when the other refugees were bashed and beaten. I swear, it has never been like this. Not even on Good Friday in 2017 when soldiers rained shots into the prison camp. Even at the height of the violence and when confronted with death the refugees always maintained a sense of hope. However, the day after the election, everything sank into an abyss of darkness. The outcome of the last election extinguished the last glimmer of hope for freedom, it shut out any hope that remained after six years of purgatory. Overnight everything just slipped away.”

Reversing the despair that drives indigenous suicide ($) – Editorial (The Australian): “The facts are too grave, too clear-cut and too compelling to ignore. They also disabuse Australians of the idea that there is something mysterious about the rash of suicides among indigenous people, especially the young. Researcher and humanitarian Gerry Georgatos, who leads the National Critical Response Trauma Recovery Project, has found that of the 79 indigenous people who have taken their lives this year, 76 were living below the poverty line, 73 were in social housing and three were homeless. Almost two thirds of the 79, the latest of whom died in the past few days, were traumatised as a result of long-term domestic violence. Of the children who took their lives, a third were victims of sexual abuse.”

Treaties in Victoria pave the way for national Voice – Jill Gallagher (The Age): “We as First Peoples must recognise the need to explain what is happening to non-Indigenous peoples. What is happening is something every Australian should be proud of.  This is something that will make this country a better place to be. This will lead to every Australian being more able to celebrate the incredible cultures that are at the heart of this nation – the oldest living cultures on Earth. Whatever happens, we must work to make sure no one is left behind.” 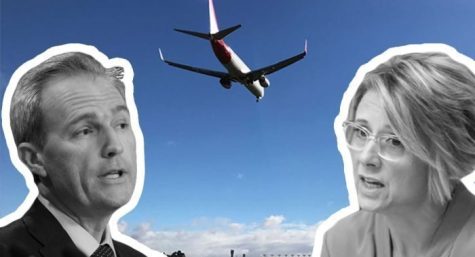 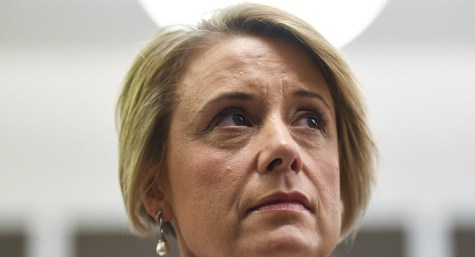 Senate outcry after review of Home Affairs produces ‘no report’