The homogenisation of local papers is preventing them from reflecting the communities they belong to, making them less diverse and less viable.

If you listened carefully last week you would have heard the distant rumble of a coming storm, behind News Corp’s slow wind back of its engagement with suburban newspapers. It should prompt us to ask: how much longer do local papers have?

The week before last, New York Times executive editor Dean Baquet had primed our ears when he warned the International News Media Association World Congress of the coming death of local media:

The greatest crisis in American journalism is the death of local news … Their economic model is gone … most local newspapers in America are going to die in the next five years.

It’s unlikely to be the end of the shift. We’ll see more of these — sooner, not later.

Nine has abandoned its responsibility for local news. CEO Hugh Marks confirmed they were a national scale player when he said last December: “What we do well as a business is working with national advertisers.”

The regional and suburban mastheads Nine inherited from Fairfax didn’t fit. The 170-odd titles have now been sold for a bargain basement $115 million to former Domain head Antony Catalano. The deal has been sweetened with some delayed payments and continuing printing arrangements for Nine’s metropolitan mastheads. 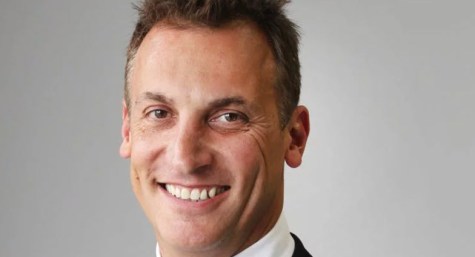 To understand how masthead values have collapsed, remember that Fairfax took over about 60% of the business it’s just sold when it merged with Rural Press a decade ago in a deal valued at $2.8 billion. Back of the envelope, that’s a fall of over 95%.

In the market, the smaller Nine became a lot bigger. Without the need to manage the regional and community papers, its market caps increased by over half a billion dollars as its shares jumped 19% over May in a reasonably flat market.

As a stand-alone company, with (according to Baquet) no economic model, the new owners will be reviewing the titles. Catalano brings an expertise in suburban community newspapers which are heavily dependent on real estate advertising.

However, the regional titles — particularly the largest, such as the Newcastle Herald, Albury’s The Border Mail, or Launceston’s The Examiner — are more complex, and dependent on a diverse mix of local advertising. Historically, they’ve been organically invested in their communities. Yet this is exactly the sort of advertising that is abandoning news media. And that’s before grappling with that unique beast that is The Canberra Times.

The two big owners — News Corp and once-was-Fairfax — attempted to bring the economics of scale to Australian regional and suburban media by locking them into national or regional monopoly chains. This enabled cost savings through centralisation of back office and production (including sub-editing).

However, this means the mastheads end up looking more like each other than the community they are meant to be serving. They’re now designed more to suit the parent company, not the audience. Take, for example, the Sunshine Coast Daily — part of News Corp’s Queensland monopoly. It followed up the recent election with a photoshopped Queensland Labor Premier Anna Palaszczuk behind rifle cross-hairs under a typical News Corp heading: “Anna, you’re next!”. Not much localism there.

Uniformity across the chains prevents mastheads embracing innovation that responds to their community; innovation that may uncover viable alternate models. At the same time, the companies have used scale and local monopoly power to buy out or limit local competitors.

In the US, the hunt for national scale for local media is driving the same approach, with merger talks between the two (and perhaps three) largest newspaper chains. Again, the business justification is national scale, for which read: savings through cost cuts. Been there. Failed at that.

In Australia, the hunt for scale through consolidation and centralisation is already costing local news and diverse opinion, particularly in Queensland. The inevitable shuttering of mastheads will bring that far off rumble all that much closer.

What do you think about the slowdown of community media? Has your community been affected? Send your thoughts along with your full name to boss@crikey.com.au. 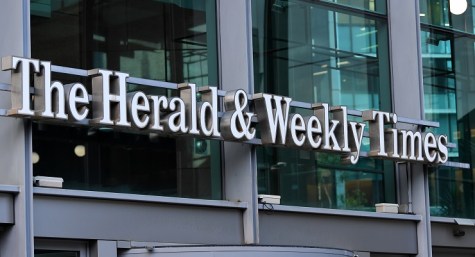 People dont read papers anymore, unless they are sitting in a coffee shop. Catch the train or bus, they are all on phone, not a paper to be seen

For all that Facebook is maligned, there are some things that it does very well. In particular, it offers an excellent platform for local communication and local community support. I’m not a big Facebook user and I’d certainly never rely on it as a news source, but I’m a member of several groups that bring my local community together. If a dog is seen wandering unattended there’s usually a post on Facebook within minutes. If someone is planning a local garage sale, it’s posted on Facebook. If you want a recommendation for a local sparkie or plumber or gardener, my local suburban group is the place to go. Even the local kids’ football and basketball teams have their own Facebook pages.

What’s good about it is that the content is provided by local people. There’s no intermediary trying to impose a political or commercial agenda.

Local newsprint has been permeated by the Murdoch stench for years now. I won’t mourn its passing.

I hadn’t realised that farceBuch could be useful in such a manner – thanks for that.

The quicker local print media dies, the better. Online and genuinely independent media and news is the future and the death anywhere of Murdoch muck is wonderful to envisage. Let foreign turds get flushed.

It is hard to understand the direction news Corpse has taken when it deliberately alienates half the population.
Surely there will come a time where it is simply uneconomic to produce their corruption of the news.
Clearly they don’t care. I can only hope their media empire crashes under the weight of the crap they produce.

As for the others? I suspect they will go the same way. The Age certainly alienated me as a reader. they didn’t care either. So now neither do I.

Hit the nail on the head here. Local news is now really only about publishing feather-bedded bullshit about the real estate caper. It means, essentially, no one publishes anything honest or critical about real estate.