Australia’s wage problem is bigger than the minimum wage

Will raising the minimum wage help fix Australia’s stagnant wages? Bernard Keane wasn’t convinced, and readers seemed to agree that the real problem was much bigger. Elsewhere, readers mulled over the idea of flipping the narrative on climate change.

Jack Robertson writes: These guys have got to get down off their big lever econ-platforms and sift through what’s actually going on at the earn-and-spend serf end of the economy. Huge chunks of middle-class information labour are now gig piecework too, of course; it only still feels posh and salaried cos of the suits ‘n’ ties. If it’s tenaciously stalled consumer spending that vexes you, then the minimum wage — in a profoundly disconnected, atomised and increasingly black gig labour market — is a metric of relevance only to the economic illiterate.

Richard Shortt writes: So, if I follow the “if you increase the minimum wage, we will have to employ less people” argument to its natural conclusion, we can achieve full employment by paying less and less. Or, am I missing something? Of course those very poorly paid workers would not be able to buy anything, pay for their food, accommodation or education. So, they would need a second, third or fourth job just to tread water. Wow, so that’s where some very well placed people in Australia want the place to go back to — a dark age, where the 14th richest economy in the world is a great place to be rich and a hell hole if you’re not.

Steven Westbrook writes: This is a hard one as it involves telling people what they don’t want to hear. The government is selling the false promise of a new coal boom and supposedly lots of jobs. When the vested interests have taken their short-term last profits, I suspect that there will no transition plan due to decades of denial magnifying the cost when the true situation becomes apparent. Trump was happy to run a similar message about restoring the coal industry, but now that’s not happening there is no race to repair the social damage. 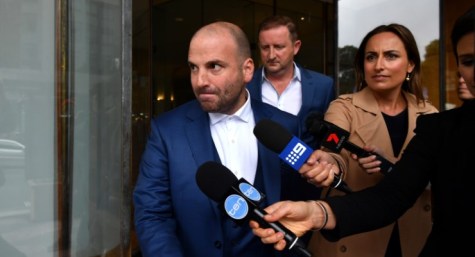 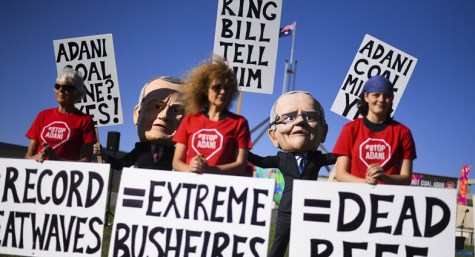 It is past time for serious remedies to improve the wages and rights of workers, especially given the precariat created by the casualisation, automation and globalisation of work. Only government can do that.

One is to seriously revise grossly anti-worker labour laws to give workers and unions more power, not least the basic human right of withdrawing their labour without notice. Another, to return arbitral powers in full to the Fair Work Commission (the successor of the AIRC). After all, it now has the broader Corporations power to rely on rather than the Conciliation & Arbitration power. “Allowable matters”, as well as most of the prerequisites for withdrawal of labour, should be repealed, and industry awards be returned.

Centralised wage-fixing is likewise essential. Equal pay for equal work is an important social objective. Relative wage flexibility (the ability to adjust wage differentials – including penalty rates – between and within occupations, regions, industries and age groups, and including executives) should be permissible only on the basis of work-value. As unions are now industrially insignificant, the FWC should order annual increases in all wage rates in all awards on the basis of today’s best equivalent of the Metal Trades Award Level 10 (tradesman entry level), with the aim of steadily increasing the labour share of national income by 15 percentage points.

In contrast, the Noalition will keep taking, while Labor wants more redistribution and more progressivity only to the extent approved by and acceptable to the bosses. Keating, after all, designed enterprise bargaining to give it all to the bosses. But for those (foolishly) hostile to independents, it is one or t’other.