It’s been more than two years since I chaired the first hearing of the Senate inquiry into the notorious “robo-debt” program. I’ll never forget listening to people in the community give evidence about what it is like to receive a robo-debt letter. We began getting calls to our office in late 2016 and then it became many emails a day.

We heard a lot of evidence. There were nine hearings across Australia, and what will always stick with me, is that at every single hearing, we heard from or about people having suicidal thoughts or a severe deterioration in mental health upon receiving a letter.

What do you tell someone living on Newstart, when it’s coming up to Christmas, when it’s the January shutdown period, after they have received a letter saying they owe $10,000 and it’s up to them to prove they don’t owe it, which means finding payslips or bank records from five years ago?

People on income support were extremely distressed, and the community was outraged that the government could automate its debt recovery program and, in addition, place the burden of proof on the “accused”.

Despite all this, the government failed to implement the key recommendation of the committee, which was to suspend the program. Instead, the government ramped it up. To this day, people are pursued relentlessly.

Since the Senate inquiry, I’ve been following up the effects of robo-debt on people’s mental health. I’ve been told of five families (and there have been other media reports) who believe their family members’ suicides are connected to receiving a robo-debt letter.

So in February this year, almost two years after the Senate inquiry commenced, I’m sitting in Senate estimates late in the evening having a “civilised” discussion with the Department of Human Services. We’re discussing whether or not a government program is causing people to end their own lives, after receiving the answer to a question on notice detailing the number of people who had died after receiving a debt notice from Centrelink.

While correlation is not causation, and I am waiting for more detailed data, I know that there is certainly a link between being relentlessly pursued by an opaque bureaucratic structure — for money you think you don’t owe — and a deterioration in mental health. 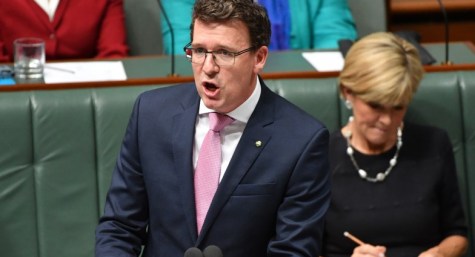 Robo-debt is an attack on people on low incomes. And we can’t look at things like robo-debt in isolation; it has to be viewed in conjunction with the insidious attacks on people on income support: the jobactive program; Work for the Dole; the Cashless Debit Card; the Community Development Program; ParentsNext; not increasing Newstart for 25 years; chucking single parents off parenting payments; making it harder to access the disability support pension; and the Targeted Compliance Framework (demerit point system). These “savings” measures chip away at the fabric of our society and they create an underclass of disadvantage and poverty.

In its latest budget, the government announced changes to the Social Security Income Assessment Model that will supposedly “simplify and automate the reporting of employment income for social security purposes” — a “savings” measure of $2.1 billion. The last thing our income support system needs is more automation. I’ve had conversations with people in the social services sector who are already calling it robo-debt 2.0.

I always smell a rat when I see savings measures coming out of our social safety net. These measures are designed to get people off income support by making it so hard for them to access it in the first place. If they do manage to access it, they then have to jump through the many, many hoops of the government’s harsh compliance regime.

As Australians, we often like to think that we are unique in this world. Well, one thing that does separate us from most of the world is our income support system, our social safety net.

People go overseas horrified to see children living in the streets, people that look like our grandmothers begging, and when you see things like this on a large scale, it’s because there is no social safety net.

We need to remember that every attempt by the government to erode our social safety net is an attack on our community. Instead of worrying about the support given to those in our community who need it — pensioners, people looking for work, and parent — let’s take a look at the “welfare” being handed out to big business and mining companies through tax cuts and subsidies.

Just this weekend, a woman who was taking her robo-debt to the Federal Court conveniently had her debt cancelled at the 11th hour before the case could be heard. This government knows that robo-debt doesn’t stand up to scrutiny. The department’s magic recalculation of this debt shows just what a farce this program is. The department simply cannot explain how debts are calculated through its deeply flawed process.

When you look at what the government — most comprised of people who have very little experience or basic conception of what living in poverty is like — do to people on income support, you can see that this is a war on people living in poverty.

It’s a war on people the government knows have very little means to fight back, because robo-debt, mutual obligations and compliance keep people scared and in their place. Poverty keeps people in their place.

Rachel Siewert is a Western Australian senator for the Greens.

Senator for the Greens, WA

Rachel Siewert is a Greens senator for Western Australia. 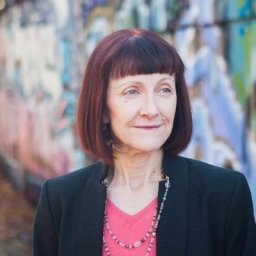 Did the AAT just acknowledge robo-debt is real? 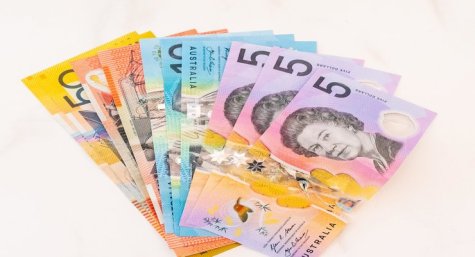 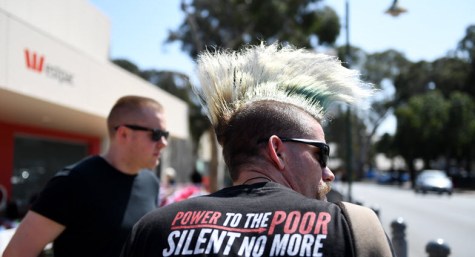 We will give those a go who have a go and if you are too poor or socially disadvantaged we will make sure there is no chance you can have a go. What a pack of arseholes.

And nowhere to go.

What’s worst in some ways is how a test case judgement keeps getting stymied. Allow process to run, for those who can get some support, all the way up to the hearing, then settle by withdrawing at the last moment.

Is there any way a hearing and judgement can be forced ?

Going back a few governments we have all read the derogatory comments about pensioners and the poor from Joe Hockey. Pensioners don’t drive said Joe. They must be too poor or too old according to the then treasurer to own a car or drive. From those illusionary statements from the Government, builders started to build buildings for pensioners without any garages and car parking spaces. This further set back the standard of living for the elderly.

Hockey’s silly statement was about the poor – he didn’t specifically mention pensioners (who are not actually the poorest).

Pensioners as a whole are not the poorest because of John Howard and politics. In 2007 before the election in about JanuaryJohn Howard added, yes added a whole stream of people that were OUTSIDE the pension and added them to be pensioners so they would vote Liberal Party. And so now we have as a pensioner group real poor people mixed with people who have several hundred thousand dollars in the bank. It tells you that there are indeed poor pensioners, but John Howard tried to smash that reality to gain votes and win an election in December 2007.

The Curmudgeon
Reply to  Woopwoop

I suspect that pensioners who have to rent would be among the poorest.

The Conversation had a report yesterday about the New Zealand move to a budget based on national well being. The Kiwis showing how to try for something beyond GDP. Not a peep about it from Australian msm.

I don’t know how long Centrelink required employment records to be kept, but the Income Tax Act only requires people to keep tax records for 2 years. It is a bit rich to then ask people what they were doing 5 years ago. It is harder still when you don’t know how the debt was calculated.

Rather than reducing the debt to nil, you would think Centrelink would want the case to go to the Federal Court and have the issues clarified. It obviously does not have much confidence in the robo-debt program and was concerned about the precedent it would set.