State government investment in public housing has fallen, and Victoria and NSW are underperforming compared to small states.

The murder of Courtney Herron in Melbourne has again focused attention on the lack of options for homeless people in Victoria. And under Victoria’s Labor government, public housing investment is getting worse, not better.

Last November, Crikey reported that the Daniel Andrews government’s record in social housing investment was materially poorer than both that of his Coalition predecessor and the NSW coalition government — an unlikely result given the claim that Andrews’ was a highly progressive government, but one backed up the data from the Australian Bureau of Statistics on public dwelling approvals. 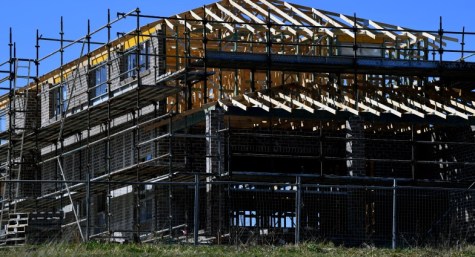 Since then, however, the situation has worsened. According to the most recent data from the ABS, there were just 66 public housing dwelling approvals in Victoria in the three months to March. That followed an absolutely dire end to 2018: in November-December, there was a total of just seven approvals.

Of course, dwelling approvals — which depend on local council processes — are notoriously uneven. So let’s look at the average: in Victoria in the 12 months to March 2018, there were 45 approvals per month on average. In the 12 months to March 2019, there were just 30 a month on average. Or you can use the ABS’s smoothed-out trend figures: they show the monthly average of public housing approvals falling from 36 in the year to March 2018 to 31 in the year to March 2019, with just 7 approvals in trend terms — the lowest number in years — in March.

Neither NSW nor Victoria are currently investing enough in social housing, and both are investing less now than the already low levels of 2017-18. The Queensland government is doing better: for a smaller population, it managed an average of 38 approvals per month in the year to March; Western Australia managed an average of 46.

If those smaller states can get more public houses into the market than Victoria and NSW, there’s something badly askew in the priorities of the governments of the two biggest states.

This is an outrageous and shameful situation from a moral perspective. From an economic point of view it’s also ridiculously short sighted. For instance, on one hand the Andrews Government is, very much to its credit, conducting a Royal Commission into mental health, while ignoring the social housing crisis. There is ample research demonstrating that having a stable, affordable home is a pre cursor to people being able to improve their mental health.

It’s clear that investing in social housing is key to getting the best ROI for government investment in mental health services (inadequate though this investment is at the moment). The moral imperative should be obvious to all.

The Victorian Government needs to really get on to this – fast!

When the standard waiting time for public housing is 20 years to infinite, you know there are significant systemic issues in the system.

So why is Victoria the headline, Bernard ? Fits your very contrived narrative based on the figures.

It’s the headline because:

1. It’s got the lowest absolute numbers and a huge decline in relative terms
2. It has a Labor government which is supposed to care more about this sort of thing, but thanks in part to cover from pathetic partisans screeching about bias they aren’t under enough pressure to do anything about it.

The existing public housing in Melbourne consists of very ugly ghettoish high rise and other blocks of cookie cutter ugliness. This ugliness also needs to be addressed.

Also it’s a budgeting issue that they keep putting it in areas where the non publicly housed are paying through the nose to buy property. Developing this land in Kensington, north Melbourne, Brighton, Carlton and other now affluent suburbs could deliver financial windfalls that could fund massive new developments in areas which are not so sought after by people who have the means to pay.

Even the brain dead UK tories admit now that Thatcher’s sell-off of social (aka council) housing was the worst of her many catastrophic decisions – not that they intend to do a damned thing about it.
If there is one thing the centralised, semi-autocratic Continental governments learned to great cost in social cohesion, it was that affordable and secure housing was the single most effective way to ensure the citoyens weren’t winkling up the cobble stones and rioting.
The security of tenure, virtually total, enjoyed on the Continent mean that it is far less obsessed about home ownership and the stresses & economic distortions that engenders.