We've picked out the most interesting (and confusing) parts of Morrison's appointments.

Like all ministerial reshuffles, newly elected Prime Minister Scott Morrison’s new ministry has some jury-rigging and visible seamwork; personalities and policy issues have been shoehorned in to the Prime Minister’s preferred arrangement. With this in mind, here’s a rundown of the ministerial appointments to watch closely in coming months.

A missing minister for women?

Marise Payne is the government’s most senior female minister, having retained Foreign Affairs — but she’s also, unusually, Minister for Women. While it is not uncommon for members of government to be given several portfolios, this is not usually the case for the massive foreign affairs portfolio.

So is the Minister for Women appointment an afterthought? This would be unfortunate considering there are now six other women in the new cabinet (what a change six years makes!). Alternatively, does this signal a renewed focus on women in Australia’s foreign aid program, including reproductive health?

Victorian Liberal MP Jason “Orgasm” Wood is now the Assistant Minister for Customs, Community Safety and Multicultural Affairs. It is an interesting appointment, to say the least, given Wood — a former police officer — has previously singled out the African-Australian community when discussing crime.

Wood has been accused of race-baiting and othering the African-Australian community in his discussions of “African gangs”. He has frequently highlighted race in discussion of crimes, including statements like “the Sudanese violent crime wave cannot be ignored” and “Africans have broken into people’s houses during home invasions, assaulted them with crowbars and baseball bats“. Wood’s Facebook page features photos of him at multicultural festivals, as well as various images of a faceless hooded person superimposed with red, bold statements like “carjacking warning” and captions detailing crimes committed by those of “African in appearance”.

The minister for young and old

Senator Richard Colbeck — the senate’s great survivor after Eric Abetz tried to kill off his career some years ago — is the new Minister for Youth. He is 61 years old. Not that there’s anything wrong with that, it’s just… you know. And, just to make it even more you know, Colbeck is also the Minister for Senior Australians and the Minister for Sport. We look forward to his contributions on issues confronting both demographics — like protecting wealthy retirees’ franking credits and property investments that are subsidised by young taxpayers, who have to cope with impossibly out-of-reach housing.

Is defence a dumping ground?

After promising to keep Melissa Price as Environment Minister during the election campaign, Morrison dumped her about as fast as his tax cut legislation promise. The West Australian has been dispatched into the role of Minister for Defence Industry where, presumably, her performance during the election campaign will see her leading the development of stealth technologies. 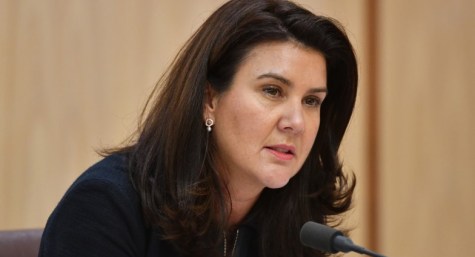 Price was looking for a “new challenge”, according to Morrison. As the portfolio with responsibility for Australia’s vast protectionist project to manufacture equipment to blow stuff up, Defence Industry was once an important portfolio held by Christopher Pyne (who made life hell for Marise Payne, then-Defence minister). These days, with first Steve Ciobo, and now The Invisible Woman, it seems to have become a dumping ground. Our tip: it will be reabsorbed into Defence, with a junior minister, in the next couple of years.

The jobs and innovation portfolio has been abandoned, and has been splintered into two portfolios: employment, and industrial relations. The Attorney-General Christian Porter, when not busy prosecuting people for revealing government crimes, has picked up the portfolio of industrial relations. Tacking it onto the role of AG suggests it is an afterthought — although we should remember that in the Keating era, Laurie “Dangerman” Brereton held both Transport and IR and prosecuted major reforms to achieve enterprise bargaining in the role.

Michaelia “Chuckles” Cash is still the Minister for Small and Family Business, and has now had Minister for Employment added to her job.

Climate action from an anti-renewables crusader

Angus “watergate” Taylor is getting back the portfolio of emissions reduction after it was split from the portfolio when Morrison took over after the Turnbull spill.

For those who came in late, when Josh Frydenberg was originally appointed by Malcolm Turnbull to energy, he was given emissions reduction as well. After energy policy blew Turnbull up, Morrison ostentatiously split the two issues. Now they’re back together, presumably to enable Taylor to ensure Australia’s emissions continue to rise — Taylor has repeated the false claim that Australia’s greenhouse gas emissions have fallen by 1%, despite the data from the environmental department showing there has been an increase by almost 1%.

The Climate Council, which is made up of leading scientists and climate experts, released a statement last year saying Taylor was living in an “alternative universe”. Possibly — but it’s one lots of voters, especially Queensland voters, occupy as well.

What appointments did you find most interesting today? Send your comments to boss@crikey.com.au. Please include your full name. 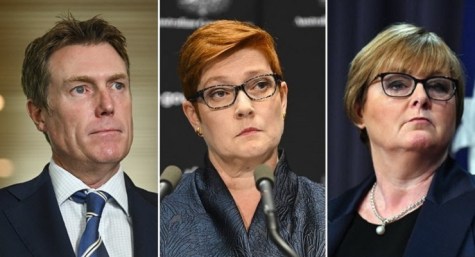 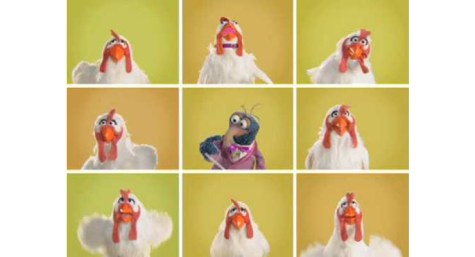 Morrison’s muppet show — a galaxy of grubs, duds and also-rans 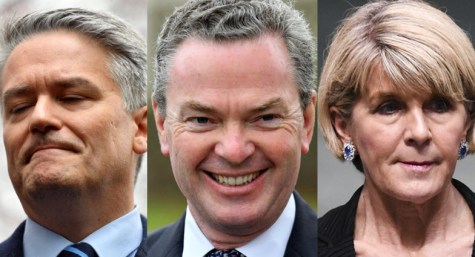 I think I read somewhere that Stuart Robert had been given the NDIS to look after. If that is true then it’s a sure sign that the Libs with be NBNifying the NDIS….keep the façade but gut the whole thing and turn it into an ever increasing shambles. It’s the Coalition way

The NDIS AND the government’s IT stuff. His reputation in the IT field is limited to his seeking to charge us a huge sum for his connection.

“So is the Minister for Women appointment an afterthought?”

“Alternatively, does this signal a renewed focus on women in Australia’s foreign aid program, including reproductive health?”

This was an election campaign where the Coalition and forces aligned with the Coalition attacked Labor’s policy on availability of abortions in Australia. The Coalition is not going to be going out and funding reproductive health programs overseas. We’d just better hope that they don’t go the full USA and start including riders on foreign aid that prevent it being used to support any health service that performs abortions.

“where, presumably, her performance during the election campaign will see her leading the development of stealth technologies.”

Certainly her lack of public talking makes her a rather big contrast with the previous holder of the portfolio.

I tend to agree that the portfolio will be quietly ended once it ceases to be useful as a fob-off for the inconvenient, and incidentally that the Home Affairs super portfolio won’t long survive the point where Peter Dutton no longer needs it (whether due to elevation or ejection).

Is anyone taking bets on how long before Stuart Robert gets sacked/is forced to quit this time?

He happy claps in the same prosperity theology club as the boss…..so my money is on “well done” Angus Taylor to go before Nosferatu

Exactly and something that the wider media didn’t bother to pick up on. Proof that Scott Morrison will lie to the Australian people with muscle memory reaction.

It was quite obviously a lie at the time he made the statement. Merely a point scoring exercise in one of the sham debates. It goes to show just how deceitful Morrison is as a human and also what a waste of time the debates are.

Yep, it’s not like factors had changed in 2 weeks that would have caused him to break that promise.

“Plans for a new lower emissions coal plant in Queensland will be fast-tracked by Energy Minister Angus Taylor, who has been given expanded responsibilities in the new Morrison cabinet.”

It’s not back to the future, it’s forward to the past for Australia as we suffer these idiots for 3 more years.