Bungled books and matters of fact

In a week littered with literary inaccuracies, the question needs to be asked: why are so many authors getting away with sloppy research?

Explosions get a bad rap. Far from chaotic, you need a precise sequence of events to make things go kaboom. To plan a whole sequence? Well, you need to call in the experts.

Like historian Matthew Sweet, who recently interviewed Naomi Wolf on the BBC’s Free Thinking. Wolf was there promoting her upcoming book Outrages: Sex, Censorship and the Criminalisation of Love, which alleges that Victorian England was so suddenly, virulently homophobic it executed dozens of homosexual men.

The show proceeded like many British radio shows and podcasts do: polite people discuss issues politely. Sweet then proceeded with some basic priming questions so Wolf could present her view of Victorian England. Wolf warmed to it. She let listeners know that she went through the Old Bailey records and the crime tables; she implied her authority and depth of research about these court-ordered executions. Then came a muffled blast: “I don’t think you’re right about this”.

Sweet quietly undid Wolf’s entire argument by pointing out that the phrase “death recorded” did not mean “death sentence” and “sodomy” did not necessarily mean consensual homosexual male sex but could in many cases mean sexual assault. The cases Naomi Wolf referred to were often sexual assaults and, Sweet continued, “I don’t think any of the executions you’ve identified here actually happened”. 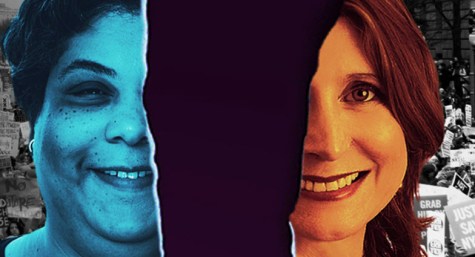 What’s the point of a political grudge match?

To her credit, Wolf seemed to take it well. She does, after all, have a history of recorded mistakes. Her 1990 book The Beauty Myth incorrectly stated that 150,000 women in the United States died from anorexia. Medical researchers refute this, stating “On average, a statistic on anorexia by Naomi Wolf should be divided by eight to get close to the real figure”. Fact-checking reviews of The End of America indicate she got so much wrong she may as well have been sniffing the chemtrails she talks about so much and — look — she didn’t even correctly explain fannies to us in her pudendum opus, Vagina.

Honestly, that Wolf has mistakes in a book isn’t a surprise; the real surprise is that she’s continually able to make them.

In fact, it’s been a bad week for facts all ’round. While promoting his second autobiography, Moby insisted that he had totally dated Natalie Portman. He stood by the claim — even after getting their age difference wrong by two years, even after Portman utterly rejected his version of events.

“I was surprised to hear that he characterised the very short time that I knew him as dating because my recollection is a much older man being creepy with me when I just had graduated high school,” she said. Moby doubled down in a series of Instagram posts before issuing an apology that managed to mention his book title three times but not the word “sorry”.

At the heart of all these issues is what Portman identifies as a lack of fact-checking from either Moby or the publisher. The same fact is at play with Wolf’s work, which apparently eluded not only the Oxford University English Department but also her publisher, Houghton Mifflin Harcourt. HMH have stated they do not use fact-checkers, saying “we rely ultimately on authors for the integrity of their research”.

It’s a bold choice, given how often authors actually get it wrong.

This shows the tension between readers, authors and publishers. Authors, particularly non-fiction, think they’re selling a grand theory. Facts are chosen and discarded based on whether they help sell the theory. Publishers are selling a book, so their focus and money goes into what they think sells the book — looking good and grabbing attention. But the clock and budget runs out at fact-checking. Readers think they’re buying a mix of all of the above, but really they’re getting little of either.

This was apparent to Anand Giridharadas, who recently eviscerated Jared Diamond’s latest book, Upheaval, in a New York Times review. Where Sweet’s takedown was a polite detonation, Giridharadas used a truckload of Satan’s Mother to fuel his explosion, stating “with a focus on The Framework, facts recede in importance”.

Diamond and Wolf are repeat offenders when it comes to bungling books and yet there they are, soaking up royalties and advances. That Moby was even granted a second autobiography strains credulity given how many good writers don’t get published in the first place.

Giridharadas picks this up in his review.

I know so many younger writers, especially women and people of colour, who are smart, thoughtful, buttoned up and pretty damn accurate who would kill for an opening to publish a book with a serious publisher — and who know in their bones that, if they were ever this sloppy, their career would be over before it had even begun.

Again, the question of what books get published comes back to what’s being sold — beyond the physical aspect in bound, inked pages. Readers shouldn’t have to buy a book that falls apart in their hands or a BBC radio program. 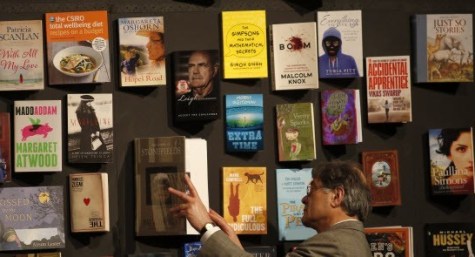 The lack of any fact-checking by publishers is a serious issue. I do a lot of book-reviewing and it is unusual to encounter a book with no factual errors. In one case, a celebrated author managed an A4 page (double spaced I admit) of factual and related errors and still managed to win a non-fiction prize. I was left wondering how many errors does it take before a book passes from the non-fiction to fiction category. Letters to publishers highlighting the errors go either unacknowledged or acknowledged grudgingly.

Some time ago, I suggested that with the growing number of retired academics, the capacity existed to utilise this expertise in fact-checking manuscripts (fairly quickly, given retirees’ freer time) and reducing the number of error-riddled publications. I added that most of us would do it out of interest in our fields and would settle for a decent bottle of red by way of payment. No surprise that, for reasons outlined in the article, publishers don’t seem to give a rat’s.

kyle Hargraves
Reply to  The Curmudgeon

In the main : agreed but it the issue is rather more and less complicated. On the one hand “sensationalism sells”. On the other, in our enclave of post-truth, one might enquire “who (actually) gives a damn”. The issue is embodied in Zuckerberg’s reaction, and hence his attitude, to accuracy per se. Advertisements sporting the FB logo appear in subways in American cities condemning fake news but in the same breath fake news is endorsed as either (1) one’s identity or (2) Conscientious Expression.

As for AR : viz.: “finding reliable information elsewhere … is far chancier now” is likely to be the case of the man in the street. One requires some background in almost any subject to sift the wheat from the chaff.

A wider perspective might seek to appraise educational techniques that have entered the classroom over the last 35 years. Children as young as ten or eleven are invited to express opinions on matters that they cannot know anything about because a moderate amount of reading would be required in order to become familiar with the facts. At about that age I recall having to make a presentation regarding the Wars of the Roses. The commentary was to be (and was expected to be) taken strictly from the book that had been distributed for the occasion. We got to speculate during 2nd year university.

Lastly, the outright rejection of Empiricism having been superseded with the doctrines of post-structuralism qua post-modernism is, I suggest, the fundamental contributor to such a state of affairs. The suggestion that students ought to be acquainted with classical morality is met with a gnashing of teeth by those who are utterly ignorant of classical morality. More could be added.

From my experience as an author of books, scholarly journal articles and journalism, the problem lies fair and square with the publishers of books and their unwillingness to employ editors (even copy editors). None of my books have received anything like the editorial attention given to a piece of journalism, let alone the scrupulous attention to both contents and language given by the (voluntary) peer reviewers and copy editors in scholarly journals. Book editors are now usually freelance and paid so poorly they can’t afford to treat a text in the way that it deserves.

I once read an extensive report my organisation had received which was sort of readable but at the end made very little sense. We discovered we had only received every second page, although this was not obvious when reading it – and page numbers would have helped. On putting it all together and re-reading it it still was only sort of readable and still made very little sense.

The moral of this is that correcting the errors does not make someone a good writer, while a good/interesting writer can apparently get away with content murder.

So assertions should be fact-checked except when it comes to what so many younger writers “know in their bones”?

Her first book written in 1991, the Beauty Myth, was praised and laudered by such feminist glitterati as Gloria Steinem and Betty Friedan. Any book supported by these two old feminist dinosaurs should head straight for the rubbish bin.

Apparently there is no need for editorial fact checking these days. The MSM don’t do it and book publishers follow suit.