The pressure is on for more media mergers

With ad revenues down across the board, don't be surprised if you see more legacy media companies pushing for mergers this year.

Australia’s legacy media is struggling and is under increasing pressure to start a new round of mergers and acquisitions as ad revenues dry up. The reelected Coalition government in Canberra will come under pressure to allow the country’s remaining media groups to look at new link-ups or marriages. But would this sufficiently cut costs and slow the slide in revenues and profits?

The state of play

In the past month, earnings downgrades or worse have been issued by Macquarie Media, Foxtel and, yesterday, Seven West Media. In all cases the problems stem from falling ad revenues (and in the case of Foxtel, slumping subscriber numbers), no cash flow and an impossibly large debt burden. Seven West Media’s woes are also compounded by a still too-high level of debt, which is a lingering legacy of the company’s formation in 2011. Even the newly merged Nine/Fairfax, the biggest listed Australian media group, warned in early May that free-to-air TV ad revenues remain weak.

On top of this, Nine and News Corp killed off the financial channel Your Money and its associated website (it was formerly Sky Business, 100% owned by News Corp’s Sky News). Financial losses are not known, but News Corp has confirmed the loss of 30 jobs. The cause? Weak revenues, no viewers, high costs and no chance of the situation improving. 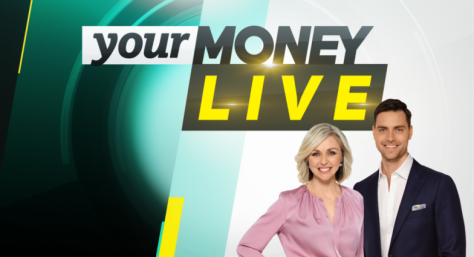 The downgrades all have a common thread: falling or weakly growing ad revenues in the opening months of 2019, after a similar experience for much of 2018.

The weakness this year has been made more telling by the extra spending by the Morrison government ahead of the election (estimated at $40 million or more), the heavy spending by Clive Palmer (also estimated at around $40 million), the spending of other parties in the May campaign and in the NSW state election in March.

Macquarie Media’s downgrade was in some ways the most telling. Up until now radio has not seen the sharp impact of weakening ad revenues seen in other media, though the cut was relatively small — only $2 million in terms of its projected earnings before interest, tax, depreciation and amortisation (EBITDA). But Macquarie is home to Alan Jones and Ray Hadley. The right-wing hosts pull in much of the advertising in Sydney breakfast and mornings because of their large audiences.

For Macquarie to have been forced to issue a profit downgrade means that the revenues for 2GB breakfast (Jones) and mornings (Hadley) are under pressure, pointing to the grim reality that not even super star hosts and programs are immune.

But it’s Foxtel’s woes that are the most threatening: no money to pay off hundreds of millions of dollars in debt, forcing News Corp to lend $300 million for a payment. There’s another huge payment due in a few days’ time, so will there be another loan from News? The March quarter saw Foxtel’s revenues slip 11% to US$562 million, with EBITDA down 46% to US$84 million. Full-paying household broadcast subscriber numbers fell 211,000 in the 18-month period to the end of December, while the extra subscribers for its streaming service do not make up for the slide in household subscribers.

Foxtel will need more money from News Corp to survive. Its other shareholder, Telstra, isn’t interested in continuing to fund a black hole.

Tuesday’s downgrade of Kerry Stokes’ Seven West Media was one the market has been waiting for. On April 26, Seven West shares peaked at a 2019 high of 58 cents, and on Tuesday ended at 50.5 cents, close to the all-time lows of 47.5 cents — a 13% slide. Media analysts have been on the lookout for bad news from the company, which owns the Seven Network, West Australian Newspapers, Pacific Magazines and various digital odds and sods.

Then Seven told the market something it was expecting: that earnings would be down for the year to June. It was the second downgrade in eight months. This time around, the earnings cut could be 10% to 11%, and up to 20% on the original forecast last August.

Seven West said it expects underlying earnings before interest and tax up to June to be between $210 million and $220 million. This is compared to $235.6 million in the 2018 financial year. That number itself was down from the forecast at last August’s 2017-18 results.

In Seven’s case it’s not just the weak ad market. Though it told the ASX yesterday that “this revised guidance reflects the soft conditions and short market experienced across the advertising sector, and the economic uncertainty surrounding the federal election”, the company’s start to the 2019 ratings battle has been weak. It’s been unable to counter the flow of ad dollars to Nine, which has done much better through the success of Married At First Sight and other general programs.

So while the market is down, so are Seven’s ratings… 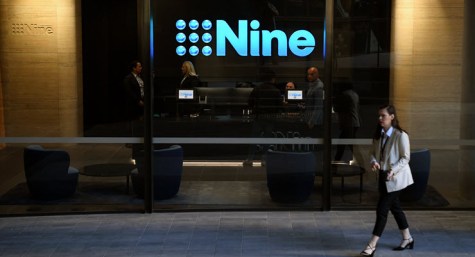 Given their claimed field of expertise, they might like to look into processing our mounting pile of expected to be exported rubbish that’s now being rejected by a growing list countries.

Let them die. It was good enough for the automotive industry, after all. Let the Crikeys, Matilda’s, Guardians and Conversations (apologies to those that I missed) pick up the load.

The day we are left with the Morrie Shwartz stable, Crikey, the conversation plus ABC and SBS, plus Netflix and Stan, will be a holy day, a frabjous day. Hallelujah.