Crikey readers discuss Labor's election platform, the problems in Queensland and the role of the media.

As we noted yesterday, it will take more than a single day to process every thought on the election. Readers seemed to agree, with our comments line continuing to run hot. With a few days to recover, Crikey readers began to really consider where it all went wrong for Labor. Some agreed that it was Labor’s folly, others blamed LNP tactics and the media. The consensus? That there are some hard truths to confront, and that the next three years will be long ones.

Rhys Daniell writes: Let’s zoom out and take a wide view of our political system rather than focus on the minutia of the campaign. The fact that the major progressive party in our political system couldn’t lay a glove on one of the nastiest and least competent governments in decades suggests that Labor are simply not doing the job of providing a viable alternative. If Labor are not prepared to reinvent themselves and restore balance to our political system, somebody else must. None of the existing parties seem to be capable of that so perhaps it’s time for a major realignment that draws existing candidates from across the political spectrum.

John McCombe  writes: If Chris Bowen was hands down Labor’s best performer, how was the franking credits rort successfully turned into a retirement tax? Bowen never satisfactorily sold that policy.

Doug Pollard writes: Quexit is a fine joke, but don’t let it distract us from the facts. Labor did not offer a credible alternative to the folks here in Queensland, or communicate one in clear and simple language. People are not stupid. They know coal mines are bad, that we need to move to renewables, save the reef, put the water back in the rivers. They see and live with the damage done. What they don’t see are viable economic alternatives, because no-one is offering any. Queenslanders have said, in effect: OK, close the mines, remove the water from agriculture. Shut down polluting industrial plants. Now tell us what we are going to do for a living? Don’t go all Thatcher on us and say the market will do it, because we know it won’t, certainly nowhere near fast enough. What projects will you fund that will employ us all in the short term? What businesses will you, as a Labor government, bankroll in this region to create secure, permanent, long-term, well-paid jobs for us and our kids? Labor had no effective counter.

Christine Cole writes: A huge problem was that the LNP were not hounded by journalists to explain where their funds were coming from to fund their promises. My guess is selling off the ABC, and taking more money away from welfare programs. Shorten and Labor politicians were constantly harangued about “new taxes”, but still asked how they would fund their programs. Poor journalism from people who could not see through the huge holes in Liberal promises.

Dean Ellis writes: Comrade Rundle wrote that “almost worse … is the feeling that this was all a waste of time”. Well, not quite — at least Abbott has been dispatched to one of the circles of political death. But dispatching Abbott is grim reward for all the effort, three more years (at least) of Scott “Hallelujah” Morrison and opposition. 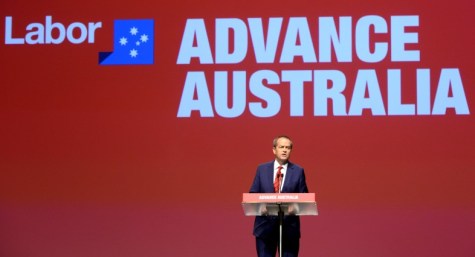 Labor should be very careful here. For a party that expouses climate action any approval for Adani will be catastrophic in the future with Green preferences being the first casualty closely followed by a mass migration of members. Time for the party to hold the line for the future good even if it means short term pain for North Qld. The kids who took to the streets will never forgive if they are sold out and who could blame them. By the way i am a Queenslander.

The Curmudgeon
Reply to  Colin Caithness

Speaking of Greens preferences, I am always amazed that 20 per cent of Greens voters preference the Liberals over Labor. Who are these people, and how do their minds work?

Curmudgeon, In 1961, Jim Killen got in with similar proportion of communist party preferences: Tories by one seat and Ming sailed on. I guess we have to be thankful for the 80%.

This election, I made sure an elderly but pretty compos relative got to vote. I scrupulously avoided influencing him – in any case I was pretty sure he’d vote Labor. In Higgins, a three cornered seat. Afterwards he said, “I voted Labor…(pause)… and then for, er, United Australia, I think.” [Forehead slap.]

So many opportunities lost with this disastrous result. But consider the people on Manus and Nauru who are now really without hope. The question is, can the Senate force a change in policy that we have been waiting for for more than six years? It’s farewell to the lovely family from Biloela who will be sent to danger in Sri Lanka at the earliest opportunity. Our treatment of refugees is a national sin–a moral and ethical morass, the thin edge of the fascist wedge.