Fear-mongering was alive and well in this election campaign

The election campaign is over, but the effects of racist campaigning roll on in Melbourne's western suburbs and beyond.

The lead-up to Saturday’s poll was marked by pockets of desperate candidates running on platforms of fear and hatred in our communities. Now, with the election results in and the campaign over, we can properly reflect on the harm this has caused.

Lalor, in the heartland of Melbourne’s western suburbs, is home to some of Australia’s most marginalised communities, including mine: the South Sudanese community. It’s a long-time Labor electorate, but the campaign always dredges up new wannabe politicians capitalising on racist rhetoric in the hopes of gaining cheap votes.

Last week I came across a campaign flyer from Lalor’s Australia First candidate, Susan Jakobi. The flyer used a photograph of two of my fellow South Sudanese and criminalised them as migrant gang members; their image appeared atop a “gang terror” infographic from Seven’s “African gangs” segment which was found to breach accuracy guidelines. It used this to claim “Sudanese” were terrorising and “swamping” my community.

I’m highly offended by the constant weaponising of my community; it is appalling and is putting people’s lives in danger. Of the two young men from South Sudan pictured, one man hasn’t even stepped foot in Australia. He is a renowned local musician in South Sudan, while the other man is an actor who only recently moved to Melbourne from Nairobi. Both are fine, outstanding, law-abiding young men going about their lives, working to find better opportunities for themselves and their families.

This kind of negative, dehumanising political rhetoric (that is frequently also found in media coverage) has really impacted my life. I constantly live in fear of this rage — in shopping centres, train stations, most public places. The youth from my community are being made to feel unwelcome wherever they go. In some cases they’re even being denied space to run their sports tournaments; last year the South Sudanese Australian National Basketball Association were left without playing courts, claiming “the actions of a few teenagers in the community are being unfairly used to stereotype the vast majority that are doing the right thing”.

So much damage has been done and the community is trying to repair it, but politicians continue to trot out callous rhetoric — weaponising our differences and using people of colour as scapegoats for their political gains. This is of significant impediment to our social inclusion and any possible integration. These actions are not in line with Australian values.

For years now we have been subjected to constant demonisation and race-baiting by members of right ideologies, News Corp media platforms and their supporters. Following the November Victorian state election, I thought that a lesson may have been learnt; the fear-mongering of the Victorian Liberal Party was rejected in a landslide defeat. With the federal election results now in, I’m not so optimistic. Jakobi might not have won the seat or even come close but with over 4% of the vote in Lalor these far-right elements aren’t disappearing anytime soon.

The South Sudanese community in Victoria and right around Australia is outraged over the rising negative rhetoric that was used during the election campaign. South Sudanese Australians are making immense and indelible contributions to this great country and such cheap propaganda will not stop us from excelling and striving to make our communities a better place to be. It’s not just us either; this election saw a notable amount of racist sentiment towards Indigenous Australians, Muslim Australians and more.

Politicians from both ends of the spectrum need to show leadership on this. They need to embrace the diversity between people, between races, between religions that makes Australia great. And, if they don’t, we must send them packing.

Did you see much overtly racist campaigning over the past few months? Send your thoughts to boss@crikey.com.au.

Deng Lual DeNuun is an activist and a member of the South Sudanese community in Victoria. 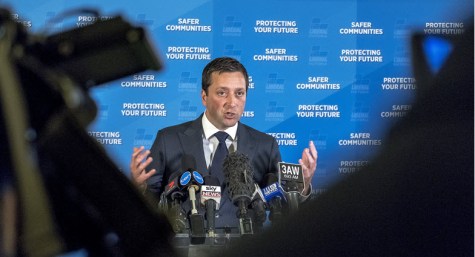 Media that conflates ‘South Sudanese’ with ‘African’ should say what they really mean: ‘black’ 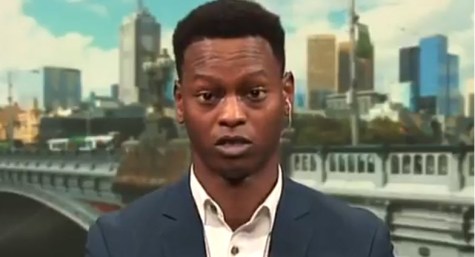 Like one of his predecessor Liberal PM’s, the disgraceful Howard, Morrison talks about “unity” but all of his government’s actions promote division, fear and hatred. He is a boofhead -the lunatic Latham was pilloried for being a boofhead, but apparently it is an endearing trait for which Morrison gains admiration. I would bet money that his physical “attack” on Shorten was precisely planned to make Morrison look tough and Shorten look weak. What a disgrace. Morrison will now be corrupted by his power – he is a hollow man with nothing to offer, but he is now convinced he is a man of greatness.

His vacuity, his lies and his endless stream of “marketing speak” and “weasel words” mark him as the very last person who should be PM, but there are 5.0 million plus people in Australia who voted for a man who is as incompetent as the rabble he led to the election (following the previous 5 years of chaotic, divisive and ineffective government). I could not hate Australia more than I hate it at the moment. The idiots have truly re-elected idiots.

Labor had policies people didn’t like, but those same people somehow managed to completely ignore all of the policies of the Coalition (drawn as they are from the IPA manifesto). The LNP govern for the wealthy and expect that those at the lower end of the economic scale will pay for that transfer of wealth with reductions in welfare spending (another example of division – LNP governments have to establish that it is welfare recipients, ther indigenous and refugee immigrants who are the drag on the economy and we would all have so much more if we gave them less).

Never mind living in a country that treats the defenseless with total indignity.

Never mind the fact that tax avoidance “costs” the economy $9 billion per year and welfare fraud “costs” $1.6 billion per year – it is the poor who have to be targetted. The rich don’t get robocalls asking them to pay their taxes.

This is the hallmark of boofheads like Morrison who achieve power – they target the weak, because like Trump, it makes it possible for Morrison to appear strong.

A good and honest summary of where the conservative ideologues in the LNP have taken us. I’ve lived through the party I voted for losing an election many times before, but this seems profoundly different. I fear it’s a tipping point in the way we conduct politics in this country. We now have a government which openly hates workers, unions, the poor, the disabled, the helpless, the gay and the indigenous communities, minorities, and women . We also have a greedy , selfish, racist community that lacks the degrees of critical literacy needed to create a fair , highly productive , caring society. The message they’ll take from this win is that the rich and powerful can use their wealth to buy government and create a feudal society through the deliberate spreading of mis- and dis-information. Poor fella my country.

Would there be grounds to sue Australia First for defamation over this?

You are absolutely right. It is all about leadership. From the left and the right.

It has happened before when Malcom Fraser and Bob Hawke faced down South Africa on apartheid and accepted large numbers of refugees from Vietnam and China.

Let’s hope the Labor party will now choose an inspirational and brave leader who can inspire all of Australia.

Good luck to you and your community Deng. I wish i could say its all over now, but i dont think so. Things might get a lot more ugly before they get better, if they ever get better.

It’s hard work walking back up a slippery slope.