Independent candidate Zali Steggall has thanked her supporters for "voting for the future". And with that, Abbott is condemned to the past.

The ill-tempered campaign for Warringah had ended with an awful peak the night before the vote: a Tony Abbott supporter was stabbed with a corkscrew (but not seriously injured) during a scuffle over posters. On election morning Abbott used this as evidence of his opponents’ amorality, as he had when he was headbutted near the end of the marriage equality campaign. He made his last pitch about that, rather than himself.

“It’s clear who these people are opposing,” he said. “My message is: don’t reward this kind of behaviour.”

The various camps I spoke to on election day were all struck by the same fact — people had arrived at the ballot box seemingly having made up their mind.

At around 7pm, the media and a swathe of chirpy volunteers decked out in teal gather outside the Manly Novotel, waiting for Steggall to arrive for her election night function. The camera people are as gregarious as ever, while reporters flit about in a state of stressed concentration.

“They want it live?”

A small, black-windowed van pulls up and she emerges, engulfed in cheers and a lightening storm of camera flashes. She gives her last doorstop of the campaign, bright and in control as ever. Across the road behind her, through the pines that line Manly Beach, the reflection of a full moon spreads out like a satchel of pearls across the ink black sea. Anne Davies, who’s been covering the area for the Guardian, tells me “I think we’ll know tonight”. 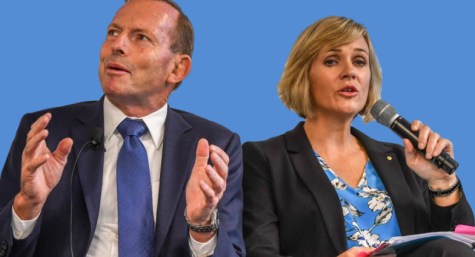 In the ballroom, a series of giant screens play the ABC coverage and polling results as they come in. The early numbers are spectacular for Steggall, 65% to 35% after preferences. Early days, but it’s still bracing. This was the most confident group of community activists I’ve ever encountered, but I don’t think anyone is quite ready for it to be this good this early.

Campaign team Mark Kelly, Louise Hislop, Anthony Reed are all here, as is winsome TV chap and Abbott’s challenger in 2016 James Mathison. He’s the MC, barely getting a word out before the cheers and chanting start. “OK, let’s not peak too early,” he says, smiling.

Kelly’s speech reveals that in November last year he took the leaders of the disparate anti-Abbott movement on a “guided visualisation” of the campaign, ending with tonight. It’s extremely on brand. “So I’ve already been here. I know what’s going to happen,” he says. There’s laughter, but he’s not joking.

On the screen to his right, Steggall’s vote is holding. I keep glancing at it, waiting for the trapdoor to be engaged, for a sudden shift. But it never happens. Seven and Nine call it for Steggall, and scattered whoops start to erupt.

And then, to an engulfing roar, Antony Green — the real full stop on the election process — calls it. Tipsy on the moment (and glasses of sparkling from the event bar), hoarse revellers approach me. “Bye bye, Tone! That’s all you need to write!”

“It was just my birthday,” one woman says, and shows me a text from her child, adorably misspelled, “your birthday which came true mum”. Another woman wordlessly throws her arms around me when I approach, and, dazed, I accept the hug.

Steggall delays her speech until after Abbott’s concession has been televised. He’s fairly gracious and dignified as it goes, congratulating Steggall and shushing his crowd when they boo. There’s no shortage of gloating — a large contingent spend his speech waving at the screen — but mostly it’s plain joy.

Steggall then takes to the stage, accompanied by INXS’ “New Sensation”. She’s croaky, but amazingly, doesn’t look that tired. “What a day. You have voted for the future, for moderates with a heart…”

“Moderates with heart!” an older woman says to me, not the last time she will underline one of Steggall’s points, in case I’d missed it. It happens a bit with this crowd: “you should note the demographics!” “Mention how many women are in her team!” “How will you capture the yells?” Another guy will not stop interjecting during Steggall’s speech.

“Party tonight, you’ve earned it. But work starts on Monday,” Steggall concludes with a smile. “This is only the beginning.” The wave of cheers crests one last time, and she rides it from the stage.

Meanwhile, over at Manly Leagues Club, journalists are being physically ejected from Abbott’s event amid threats to call the cops. And thus ends Abbott’s time in parliament.

In Warringah, the great civilisational questions that Abbott favours had moved away from him. The cooling of the debate around asylum seekers and the resolution of the marriage equality debate against him were signs. Most important: the mood in his electorate went from fear of what action on climate change would do, to fear of what inaction will do. He mentions it in his speech: “When climate change is a moral issue, we do badly. When it’s an economic issue, we do very well.”

Some of the younger Steggall fans clearly did not enjoy this quite so much as they thought they would. Any thoughts that Abbott would be one of many vanquished by a great progressive clear-out of Australian politics are being mercilessly crushed elsewhere. In fact, that so many voters clearly did see climate change as an economic issue must count as Abbott’s great legacy.

For now, we reflect on the end of Abbott’s tragicomic fall. It was one thing when the kid who was told he’d be prime minister or pope — the tireless fighter for a world that’s lost or was never there — struggled to the summit of his ambition only to be offed by his party after half a chaotic term. But in one last public indignity, he couldn’t even leave parliament at the time of his choosing, as voters rushed to the first viable alternative they were offered.

There’s a line in one of the songs that has kept me sane over the past five weeks, and I think of Abbott every time I hear it: “You travel your whole life, just to end up in the place you’re gonna die”.

Charlie Lewis has been reporting from our special Warringah bureau for the length of the election campaign. Read his full coverage here. 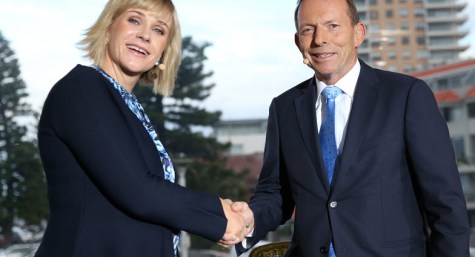 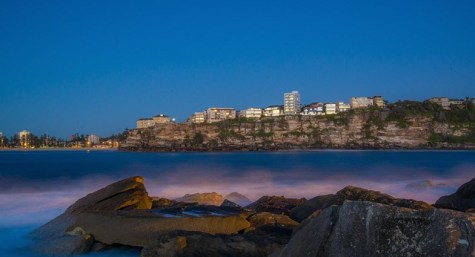 Hard to see how Steggall will get any traction with climate change in Canberra. Abbott is the only climate change hardhead in the so-called Coalition who is gone – all the rest are still around and won’t allow any change in policy on this issue. There is no indication climate change is a vote winner in general so why would they change and give Steggall anything?

Agree. Allegedly a group of independents have this “mission” and given moving to a minority govt they may have some pull as a group.

Something needs to be done but fear the fickle electorate will wane . I hope not.

Steggall will be a 1 Term wonder but all the best to her and sending the message to Libs and Canberra to end the toxic political environment.

She and all the other independents will be as useful as an udder on a bull.

Say what you like about Tony Abbott, he was a prick right to the end.

It’s been a great series Charlie. The on the ground reporting adding a sense of realness that was lacking in so much political coverage and theorizing dressed up as analysis.

Good effort from crikey to come up with and support the coverage.