Echoes of ‘Howard’s battlers’ put Morrison ahead in polls

This was far from a status quo result, but rather some major swings in suburbs and regional areas that cancelled each other out.

Last night, Scott Morrison arrived at Sydney’s Wentworth Hotel to claim victory as the Coalition stood poised either to claim a bare parliamentary majority, or to hold on as a minority government.

But whereas a jubilant Morrison was greeted by the party faithful as a conquering hero, Turnbull looked a diminished figure, a fact reflected in his perceptibly sour mood.

It is true the Coalition lost a good many seats in 2016, whereas most Coalition MPs who had a job on Friday continue to do so today — not counting the substantial number who were not re-contesting their seats, in many cases because they had written off the government’s chances of being returned.

Mostly though the marked difference in mood points to the importance of expectations — in this case between those surrounding Turnbull, the man of destiny feted for the prime ministership from a young age, and Morrison, who unexpectedly came to the leadership of a crippled government that had just advertised its instability in the most damaging fashion imaginable.

The expectations game was heavily influenced by opinion polls, which correctly pointed to a close result in 2016, but this time proved badly askew.

Some telling statistics can be invoked on this score, such as the fact that the last 11 polls of the campaign produced near-identical results around 51.5-48.5 in favour of Labor (the statistical unlikelihood of which was explored here last week), or the still more remarkable fact that not a single major polling series credited the Coalition with a two-party lead in any of the nearly 200 results published through the entirety of the parliamentary term.

After all that, the Coalition appears headed for a national two-party vote of maybe 51% — which was, once again, hardly different from 2016.

However, this was far from a status quo result, instead consisting of substantial electoral realignments that cancelled out in aggregate.

The consistent theme in this respect was the politics of climate change, which drove swings against the Coalition in blue-ribbon Liberal seats in Sydney and Melbourne.

This was a decisive factor in Tony Abbott’s heavy defeat at the hands of independent Zali Steggall in Warringah, but it amounted to punching into thin air as far as Labor was concerned, as the existing Liberal margins were far too big to overcome.

However, anywhere mining or resources extraction were a factor, Labor got hammered.

Central Queensland was particularly striking on this score, recording swings at or near double digits in the neighbouring seats of Capricornia (based round Rockhampton, and not so long ago a fairly reliable seat for Labor), Dawson (where you might think George Christensen had given people something to vote against) and Herbert (where Labor member Cathy O’Toole’s 37 vote margin was obliterated by an 8.6% swing).

Similarly, a double-digit swing was recorded against Joel Fitzgibbon in the New South Wales coal mining seat of Hunter, where One Nation polled an extraordinary 21.4% — the best result in the entire country for a party that typically does its best trade in Queensland.

Unexpected as all this was, the underlying dynamic is not new, and should be especially familiar to those whose memories extend to Mark Latham’s defeat at the hands of John Howard in 2004.

Then as now, the northern Tasmanian seats of Bass and Braddon flipped from Labor to Liberal, with forestry policy providing the catalyst on that occasion, and Labor performed poorly in the outer suburbs, reflected in yesterday’s defeat in Lindsay and its failure to win crucial seats on the fringes of the four largest cities.

There were also swings to Labor against the trend in wealthy city seats, attributed in 2004 to the non-economic issues of the Iraq war and asylum seekers, and touted at the time as the “doctors’ wives” effect.

The unhelpfully sexist terminology has happily fallen from use, but it describes a phenomenon that is assuming ever greater importance here and abroad — notably in the American mid-terms in November, when wealthy suburbs turned against the Republicans.

Little good did it do Labor though, either in 2004 or last night, when the outer suburbs and regional cities again revealed themselves as the decisive constituencies in Australia’s electoral politics. 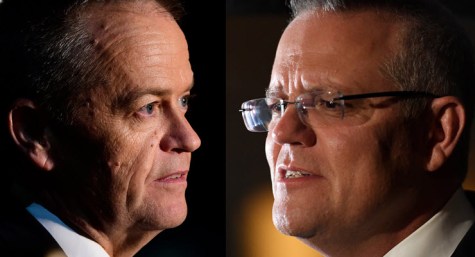 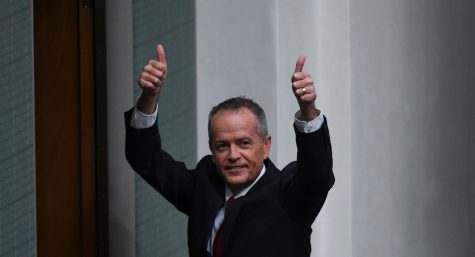 The smart money points to a Labor win, but Libs retain some hope

The polls were demonstrably wrong William. No ” picking up a swing back bullshit”, they were wrong. Not blaming you for that, but they are proving increasingly useless. Why do we bother with them?

“Outer suburbs and regional cities again revealed themselves as the decisive constituencies in Australia’s electoral politics”.

So it’s well past time to sit up and take notice of those with currently no voice in, or real acknowledgement or comprehension by, today’s metrocentric “national conversation”.

Before it’s too late for us all.

Morrison and co never let negative polls sway them from their agenda. They picked their agenda and prosecuted it relentlessly.

The ALP let “we’re ahead in the polls” guide them too much, with benefit of hindsight. Once the campaign hit, they were more about defending what they believed had put them into the lead, not constructing a case for victory, because they thought a clear majority had already accepted their case and their story.

One would have to expect that will not happen again in the next decade or two after this abject polling disaster, and that the polling companies have a great deal of explaining and transparency before anyone will care about their results again.

One poll missing by 2-3% is not the end of the world. 15 or more consecutive polls missing by the same amount in the same direction is catastrophic for the entire discipline, and for the method of poll aggregation (sorry William, not your fault).

Catastrophic is a little harsh, Arky. If you take into account the variability of the electorates’ interests, the closeness of the polls (except for periods following damaging scandals), the persistent irrational dislike of Shorten, and the timidity (to be diplomatic) of the Australian electorate, you can see there were many factors that caused the polls to be misleading. Just goes to show the limits of statistical thinking.

Environmentalism is never a way for Labor. The now lauded Franklin dam decision cost the ALP all Tasmanian seats in the following election. It’s a bit like ending protectionism-the short term pain is more visible than the wider social gain. However the sheer venality of some of the local councils in North Queensland was nonetheless sickening. The big surprise to me was the lack of offset in Brisbane, as opposed to the last State election. I do not accept however Bolt’s view that the war against environmentalism is won. This will have to be like the anti Vietnam campaign which ran over several elections.

The war against the environment however will intensify under Morrison and Co. Sad days.

A war on environmentalism , A war against the environment ,A war on global warming .,etc .A war on something tends to sound good to the punters …I remember my ‘Vietnam’ years quite well …The Ozzie punters were quite gung ho about it…until a change of circumstance forced a change on them to make them freely change their minds/attitude ..It’ll probably be similar with AGW …The punters will be forced to change their minds/attitudes by the forces of circumstances ..but unlike Vietnam ,this wont necessarily have a make believe closure …

I somehow knew that the right would be pitching this as a defeat of environmentalism. Bolt and his entire movement better hope it’s not because if it is we’re all stuffed. The climate crisis is an apocalypse on our door step. I believe what won this for the LNP was a massive spend by Clive, a massive propaganda machine in the form of the Murdoch Press, and a Labor party that didn’t do enough to remind people of all the scandals, and corruption that had plagued the LNP.

A couple of other things may have made a difference – the environment movement needs to stop talking to itself and start building bridges to the communities that rely on coal for their living. We can turn them into allies if we present them with an option that would help them pay their rent.

The second thing is the Franking Credits issue. I think – rational or not – this cost Labor by giving people a reason not to vote for them, despite that it’s the right policy. They should have presented a smaller target for sure since it doesn’t seem that Australian voters actually want a vision for the future – despite all their protestations to the contrary.

Despite costing votes, Labor stayed in power for 12-13 years after the Franklin decision and Tasmania is the better for it.

Just by way of correction due to typing error. I meant to say that environmental politics is not an easy way for Labor.
As to Tasmania, Hawke had the luxury of a significant majority at the time- which is another problem for the ALP. It is the Coalition which achieves the lansdlides. Oh for a Curtin result of 1943……

By way of correction to my previous comment, I meant to say that environmental issues are never an easy way for Labor.
As to Tasmania, Hawke had a good majority to spare on the mainland, a rare occurrence since it is the Coalition that gets the really big landslides. You have to go back to 1943 for an election where the ALP administered that sort of thrashing the other way around.