Dutton's electors are older, whiter and more affluent than the average Australian. This came down to highways and franking credits.

“Excuse me,” I said to the nice young man in the ALP t-shirt. “Are you Rhys, Ali France’s campaign manager?”

“No,” he said, with a slightly fixed smile. “I’m the Queensland Health Minister.”

At this point I should have turned on my heel, driven to the airport and flown out. After that promising start, my day in the electorate of Dickson — home of Peter Dutton — went steadily downhill.

It started with a trip to a primary school, where Labor candidate Ali France was handing out how-to-votes. I hung around for a while, trying to work out how the voters navigated the large numbers of volunteers from the fringe parties for which Queensland is responsible. As each person walked along, they had to fend off the febrile attentions of Pauline Hanson’s One Nation Party, the Australian Conservatives, Fraser Anning and his cohorts and, of course, the Palmersaurus himself. What is it about this state that produces so many outliers? Is it the UV?

Ali France, on the last day of a gruelling election campaign, said she was very proud of her team’s positive messaging on climate change, cheaper child care, dental treatment for pensioners and lower out of pocket costs for cancer patients. Her biggest obstacle, she said, was Dutton’s incumbency: “he is a very high-profile minister and he has been here for 18 years”.

One of the booth workers estimated that the Liberal Party had spent more than a million dollars on campaign advertising and materials in their quest to get Dutton, on a wafer-thin margin, over the line.

Every household in the electorate had received about 50 pieces of Liberal Party direct mail, she said, and the electorate was plastered with unnervingly large photographs of the minister, spruiking his ability to spend zillions of dollars on a highway.

And boy, do the people of Dickson love their highways! All 110,000 residents basically live in a series of suburbs bisected by dinosaur-sized roads and — a Queensland trademark — giant roundabouts. In my marathon driving stint around the electorate I didn’t see a single roadside shop or pedestrian on a footpath; if you live there, you basically have to get in your car and drive to a shopping centre to buy milk. Dicksonians, you don’t need more roads — you need a community.

By midday I had driven to the Strathpine shopping mall to go to the Coffee Club, not knowing that this would be the culinary peak of my day. 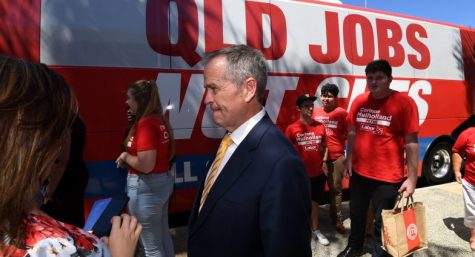 Why is everyone pitching to Queensland this election?

Next stop was another primary school, where the AEC had kindly allowed journalists in to film the boxes being opened and the start of the vote count. It was fascinating to see the tsunami of voting papers cascade out of the boxes and into the hands of AEC staffers who smoothed them out, checked to see they weren’t informal and sorted them into piles, removing those which simply had drawings of penises (a surprisingly common occurrence, evidently). It was democracy in action, overseen by the scrutineers from the major parties who check the votes.

From there, I headed back to Strathpine. Outside Dutton HQ, a converted service station, the reptiles of the press hung about waiting for him to turn up while keeping a careful count of the number of times “cocksucker” was shouted from a passing car.

According to the AEC stats, Dutton’s electors are older, whiter and more affluent than the average Australian. The party faithful inside mirrored that profile: a sea of Anglo-Celtic people in blue t-shirts set off by heads of silver hair. Ali France’s father, a former Queensland Labor member, told me he had been handing out leaflets in the expensive end of the electorate where the mood was hostile opposition to Labor’s removal of franking credits. This particular issue had really grabbed their attention, he said, although they were people for whom $3000 was clearly not a large sum.

Finally, Dutton arrived and made a point of quoting Paul Keating: “this is the sweetest victory of all”.

After thanking his volunteers and family, he turned on the Labour Party, saying that “tonight, the people of Dickson have rejected their negative campaigning”.

“The people of Dickson have bestowed on me a great honour… This is a wonderful community in which to live.”

Queensland; it’s not another state, it’s another planet.

Is Queensland really such an outlier in Australian politics? Send your thoughts to boss@crikey.com.au. 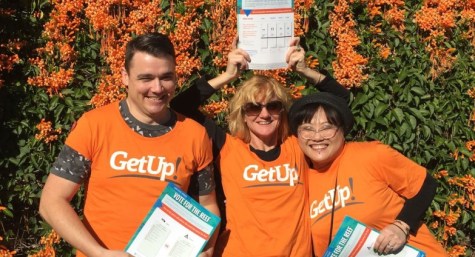 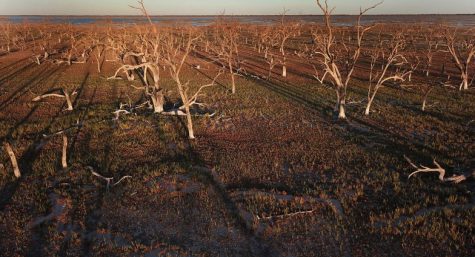 Margot Savile gives a fair list of the nutjobs in Queensland but doesn’t include Bob Katter. Is he now, by comparison, considered normal?

You think normal cannot be a nutjob ?…Don’t underestimate the normal craziness that people are capable of.. …it would be adding insult to injury…

It’s all relative, isn’t it

I’m a Dickson constituent and I’m just as devastated that the potato has been returned in my electorate. Not all of us Queenslanders are nutjobs, believe me, although I’m very depressed today to realise that it is my state that birthed the potato, Pauline Hanson, One Nation, Malcolm Roberts, Clive Palmer and the UAP and that it is my state in which Adani has chosen to build its next big pollution generator. I have no explanation as to why this is so, except to say that not all of us up here are idiots.

Of course not. It’s not your fault. Please save your energies for the next election.

Fear, stupidity and greed, not necessarily in that order but the three factors which saw Labor lose (Not Scummo win). Fear stoked through a campaign of lies spruked by Morrison and amplified by the Murdoch rags (except, weirdly, the Northern Territory News which editorialised for a Labor vote) and the disgraceful Palmer. Stupidity because the electorate, which apparently in a majority recognises climate change, but ultimately voted against the parties wanting to do something about it, and voters who were too ignorant to see that they were voting against their own interests by re-endorsing the Libs, and finally, greed, the emotion which overrode any notions of equity, fairness and the need to remove unjustifiable taxpayer subsidies rorted – predominantly – by the wealthy. Both Shorten and Wong were far more generous in their concessions than I am. Democracy was trashed in Australia yesterday by Scummo, Murdoch and Palmer. May they rot in hell( a concept I don’t actually believe in, but you get my meaning)

Nigel Scullion adds to the weirdness today, insulting Territorians by saying that the NT voted Labor only because they thought Labor would win nationally. Territorians are not sheep. No doubt Scullion regrets jumping from what he saw as a sinking ship!
Only good things to come out of this election are Scullion’s resignation prior to the election, and Abbott losing his seat.

Richard Creswick: Spot on, but I think you’ve blown your chances of playing fur the Wallabies.

Does the drawing of a penis count as a legit vote for Dutton.