Unemployment up, but Reserve Bank might still be reluctant to act

With the Reserve Bank identifying continued robust jobs growth as crucial to preventing interest rate cuts, all eyes were on this morning’s April jobs data from the Australian Bureau of Statistics. And the numbers ostensibly will put further pressure on the RBA to act: continuing jobs growth was not enough to prevent unemployment from increasing from 5.1% to 5.2% in seasonally adjusted terms, with the unemployment rate for the previous month of March revised upward in seasonally adjusted and trend terms. In trend terms, 20,700 jobs were created (nearly 15,000 full-time, 6000 part time) — a growth rate just below the monthly average of the last 20 years. In seasonally adjusted terms, just over 28,000 jobs were created.

At its meeting earlier this month, the Reserve Bank said that “a further improvement in the labour market was likely to be needed for inflation to be consistent with the target. Given this assessment, the Board will be paying close attention to developments in the labour market at its upcoming meetings.”

Today’s figures aren’t much help either way: trend jobs growth might have slowed but it is still at, or only slightly below, historic growth levels — the economy continues to generate plenty of jobs. Unemployment might have edged up but high participation is a key factor in that — particularly surging female participation rates, drawn in by massive government spending in female-dominated professions like health, social care and education. NSW also saw a rise in participation, closing the gap with other states.

The problem for the RBA is one it created for itself in that May statement: “a further improvement in the labour market was likely to be needed”. It’s hard to argue a rise in unemployment represents an improvement, but the jobs market is continuing to chug along, even if not at the boom rates of 2017 and last year. 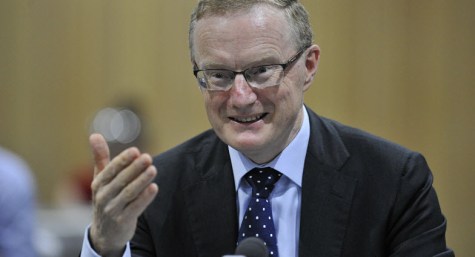 Any further interest rate cuts would be stupid.

The last cuts and continued low interest rates has not worked as intended, so why would another cut do anything different?

The ‘gig’ work economy is going gangbusters …We just need ‘gig’ mortgages & ‘gig’ rents to match it to be a real gig of a country..