Good morning, early birds. Several of Labor's key election policies have been scrutinised for cost and environmental concerns, and Bill Shorten announces the ALP will push for an immediate increase to wages if elected. It's the news you need to know, with Rachel Withers.

New reports are revealing issues with Labor’s election policies, from uncosted promises to environmental impacts. The Age reports that Labor’s $1.5 billion plan to “unlock” gas would create more emissions than the Adani coal mine and that its promise to fix aged care “would cost billions”. Meanwhile, the ABC reports that the uncosted integrity commission could blow out Labor’s budget by hundreds of millions.

The government is today planning to leap on figures showing Labor’s business tax breaks($) will mostly apply to big business and multinationals, The Daily Telegraph reports. According to PBO modelling of a similar policy, 98.5% of the $13.2 billion tax cut will go to big business. On the flipside, a new ANU analysis has found that Labor’s tax increases will have “virtually no impact” on the wealth of the bottom 50% of households, with around 70% of the fiscal impact to be felt by the top 20%.

Australian Council of Trade Unions president Michele O’Neil is expected to appear before the commission on Wednesday to argue that the minimum wage should be increased by 6%, or $43 a week. A spokesperson says this is the first attempt by an ACTU president to address a minimum wage case since Bob Hawke.

CARDS ON THE TABLE

Scott Morrison is calling on independent candidates to put their cards on the table and declare which side they would back ($) in the event of a hung parliament, The Australian reports. Morrison last night said it was “reasonable and fair” to ask, because “you never know what you’re going to get”, referring to independents challenging Liberal strongholds unlikely to go to Labor.

“People vote for an independent thinking they’ll ­respect the wishes of their local electorate ultimately about who should form a government, and they end up going and putting the Labor Party in,” Morrison said, repeating fears stoked by Peta Credlin in a weekend op-ed ($).

I always don’t mix my religion with politics.

The Prime Minister may always not mix religion with politics, but moments later declined to say whether gay people go to hell, as a Perth press conference turned to same-sex marriage.

China retaliates with tariffs in defiance of Trump warning

Nearly a third of voters oppose Labor’s franking credits policy, despite few being affected by it

The progressive challengers taking the fight to Tanya Plibersek

“Munro has proven she’s willing to speak out against policies she doesn’t believe in. Not only has she campaigned for marriage equality within her party, but she’s also been a vocal opponent of Sydney’s lockout laws. Munro left her role as a staffer for the Berejiklian government after being seen at a Keep Sydney Open rally wearing one of their T-shirts. Despite her former employer’s stance, she has continued to voice her opposition to the laws and her support for the small businesses affected.”

“A week away from knowing who’s going to win Australia’s election, we already have a pretty good idea who’s lost: looks like it’s the US-owned News Corp.

Labor has sensed the moment, linking billionaires Palmer and Murdoch with Morrison. In the election play, Palmer is cast as the bumbling pantomime villain. Murdoch is cast as the Bond villain, a global spectre haunting Australia.”

Latest first home buyers policy is shortsighted and likely to create a bubble — Daniel Wild (The Daily Telegraph): “The now-bipartisan bank deposit subsidy scheme is a shortsighted policy which, far from solving the problem of housing affordability, is likely to push up house prices and make housing less accessible for first time buyers.”

The most difficult question of all on election day — Peter FitzSimons (The Age): “For while the bulk of the population is fairly evenly divided as to who to vote for – surely we can at least unite in our common angst on one particular question. That is, if we vote below the line, who do we put second-last on the ballot paper?”

For me, the choice next Saturday is clear — Amanda Vanstone (The Sydney Morning Herald): “My own view is that if Shorten is elected we are all losers, big time. As usual when things go pear-shaped those lowest down the ladder will be hit hardest. But whoever wins, the day after, spare a thought and some gratitude for all the candidates who gave it their best and gave us the choice.” 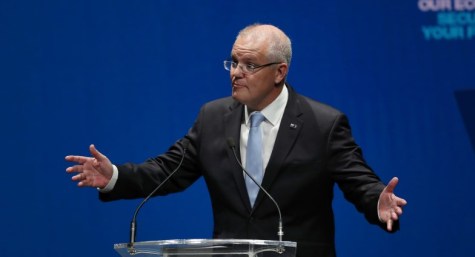 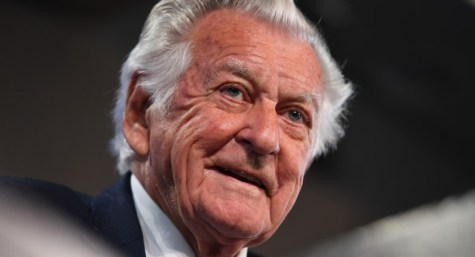 The usual “let’s apply scrutiny only to Labor policies” going on once again.

The ABC report on the integrity commission cost is particularly egregious. And reporting it as blowing out the budget by hundreds of millions is just grossly irresponsible. The actual article says “Transparency International has costed a “realistic” anti-corruption body at about $45 million per year, and one with expanded corruption prevention functions at $105 million per year.”

And you spin that out to the idea that it could cost Labor’s budget hundreds of millions, presumably by expanding that out over many years.

And then you wonder why “lefties” think the media stinks.

Hey Arky just imagine the headlines if the roles were reversed….”Libs save taxpayers $400M – no more Barrier Reef party for Labor mates”